As I was digging through albums for pictures of Levi, I had a great time reminiscing about the past. I decided to share a way back story and some images. Where is the best place to start? Well why not the beginning!

Ten years ago next month I met Pat on a blind date. We were set up by Devona , a friend of mine from Saskatoon who works with Don's Photo and had graduated the same year as Pat from Foam Lake and the co-conspirator was my future sister in law Shannon.

During one of our regular phone conversations, I mentioned something about boys and finding a date and Devona said she had a friend named Pat that was living in LeRoy and needed to find a date. She asked if I would be interested in going on a blind date with him and I was a little leery. We put together a scheme where I would come to the Foam Lake Flyers Halloween cabaret that they were putting on in conjunction with a hockey tournament. The plan was she would point out Pat and if I was interested great and if not there were seven other hockey teams to pick from! It was a great plan until Pat found out. Pat is a man of action and not to leave his fate in someone elses hands asked that we exchange pictures and one evening shortly thereafter called me and asked me on our first date. Dinner and a Blades game in Saskatoon (that's another story). He wanted to make sure I was his date for the Halloween Cabaret in Foam Lake two weeks later.
So here is the outfit I wore the first time I met my in laws. Can you imagine the first impression they had of Pat bringing this girl home. I was wearing a flesh colored dance leotard that I glued about five leaves to and was "Eve". Some commented that I had a lot of balls to wear that outfit and I am not sure if he meant he thought I was a dude or not but I didn't look a little drag queen of the forest.

I went over to meet my future brother and law and sister in law before the dance. They just brought their newborn daughter home from the hospital (Ellie and her share a bday). I was wearing a leather coat so it looked like I had no clothes on at all and I think Shannon was regretting setting me up on this blind date after all (she loves me now!)

Well there I was Pat's girlfriend of two weeks and the hockey tournament had been cancelled so as you can see by the picture of me dancing there wasn't anyone there! I think there were about 7 people in attendance. Somehow I won best female costume which was a season pass to the Foam Lake Flyers Hockey Games ( I think someone went around the corner and wrote the pass out on a piece of a Pilsner beer box). 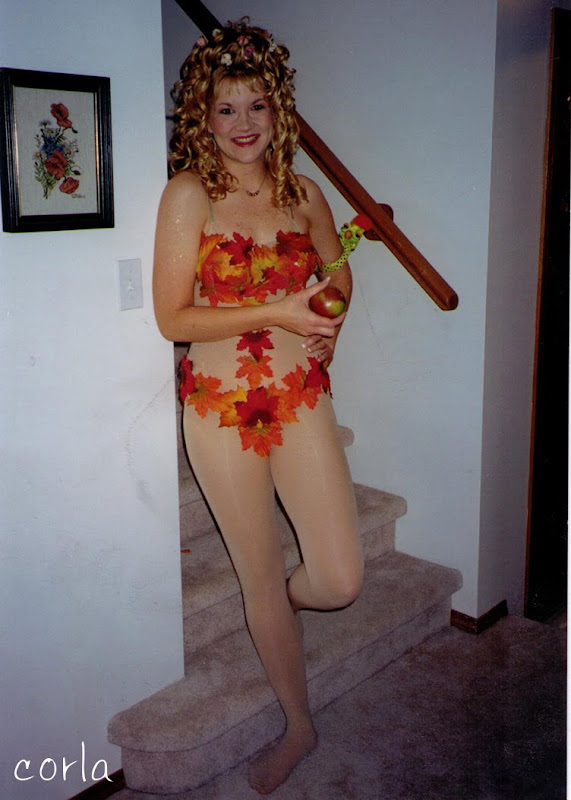 Pat was a monk! 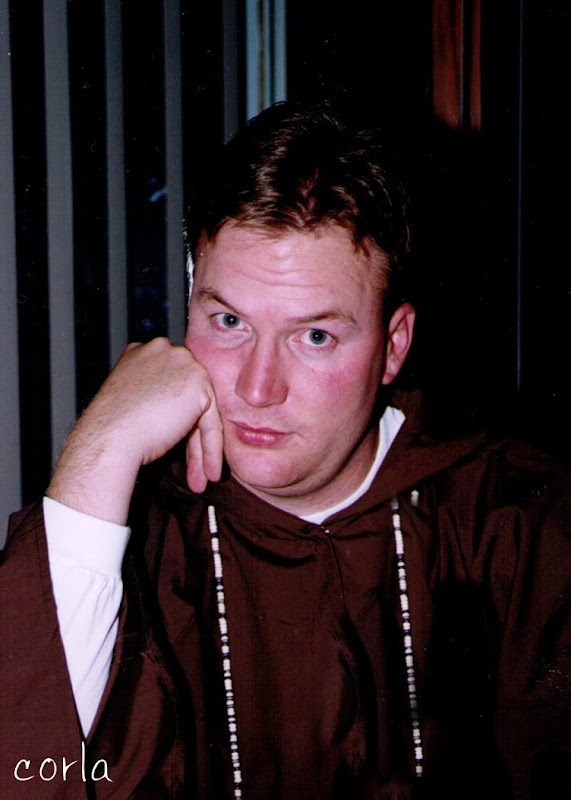 The empty Foam Lake hall where little did I know but one year later to the day Pat and I would be getting married and doing our wedding dance in the very same spot with a few more clothes! 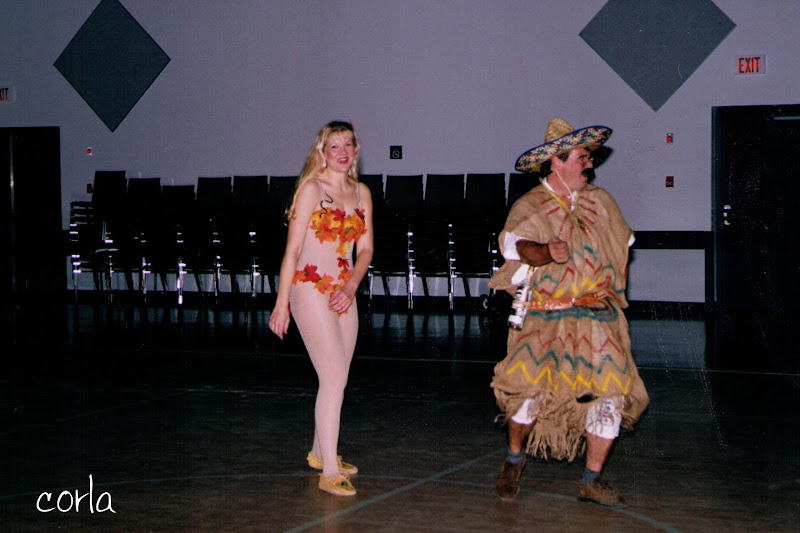 Posted by Corla Rokochy at 7:40 AM

Wow... memory lane! I remember that night like it was yesterday and I also remember convincing you that this was the outfit to wear lmao! I also remember the look on Al and Charlene's faces as soon as they saw you walk upstairs...priceless! Congrats on 10 years!