A Date with Pat and Jon

Last Night Pat and I met up in Regina. We put on our acid washed jeans and back combed our hair for the concert event of the summer. I like to tell my kids that I dated Jon Bon Jovi in high school. They believe everything I say. Nice of Pat to take me to watch my old boyfriend's band. It was an awesome night. Kid Rock was amazing too if you weren't under the age of 10 because he swore a lot and if you weren't over the age of 30 becuase he took of his shirt and put all the fellas to shame with his rocker physique. But the highlight of the night was seeing Jon, the object of every 1980s teenage girl's fantasy. Although he didn't fly out over the crowd on a wire with a leather jacket with tassles, ripped jeans and a scarf he did look mighty fine.
Some cool highlights of the show were that the snowbirds flew over to start the show, one of the downtown buildings "wrote" the word Bon Jovi by turning on select lights in their offices, the band sounded amazing, Jon's blue eyes when he put on that blue t-shirt, pretty much the whole experience. I can't believe I dumped Jon in highschool. What was I thinking? Well I have to say I am pretty happy with the guy I have now for taking me to see Jon!
Here is the encore that they taped the video for called, "This is Our House" Jon and I think this will be a great theme song for the Saskatchewan Roughriders!

The Griswolds at Dragon's Den

The encore editions are playing over the summer of the Rokochy families' favorite show Dragon's Den. I am hoping towards the end of August they will start showing "teasers" of Season Six which will start Sept 22nd. We are so excited for the show to start up again but are grateful for the time to get things rolling before we do like manufacturing and website design.
We are sworn to secrecy about what went on in the den. I can't wait until the episode airs because I am the worst secret keeper in the world and it is killing me not to tell everyone how it went. We will be notified two weeks before the show airs. That will give us time to let everyone know.
Here we are in the set up area. Our wake up call at the hotel was 3am Saskatchewan time. We arrived at CBC at 4 am our time. One of the producers gave the kids Coke! We had to intercept. I guess hyper kids would have made for better TV than a bunch of Yawning. 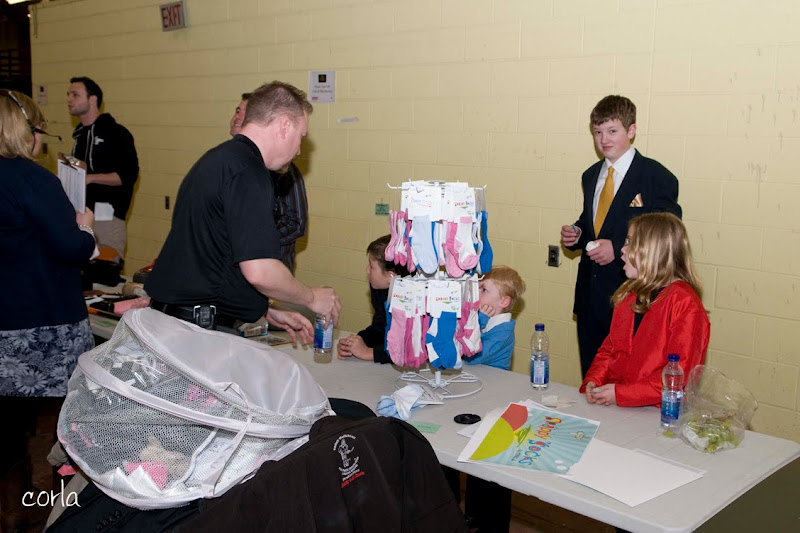 Heading into the Den where the magic happens. To the left there is a prop area. I laughed when I saw the deer from the previous season where the pitcher was trying to sell deer calls. The kids recognized the inflatable deer right away.
Look at the picture below closely and you can see the guys from Rugged Man. http://www.ruggedman.ca/ They have pieces of carpet on their head attached with an elastic. They call it a complete hair replacement system. It would be a great gift for that balding friend of yours. They were hysterical. 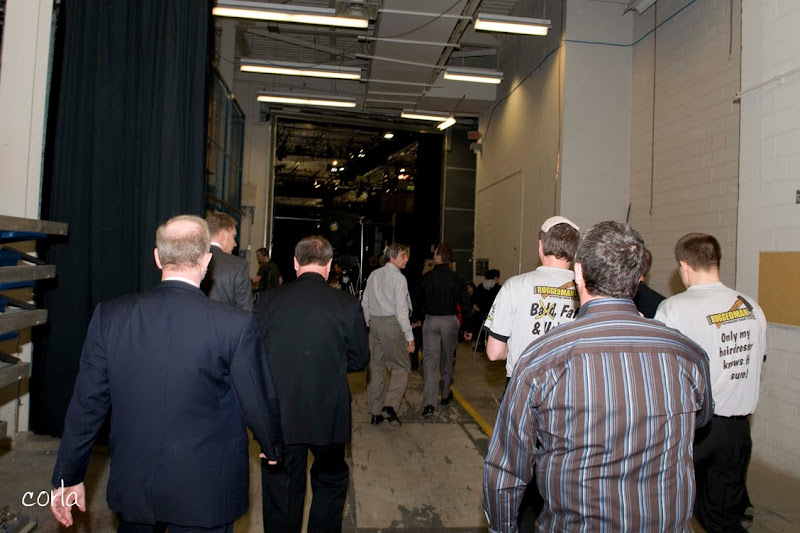 I am sure we should be paying attention to the rules like don't leave the blue dot and go into the Dragon's space unless you are invited to do so. Gotta protect that money. 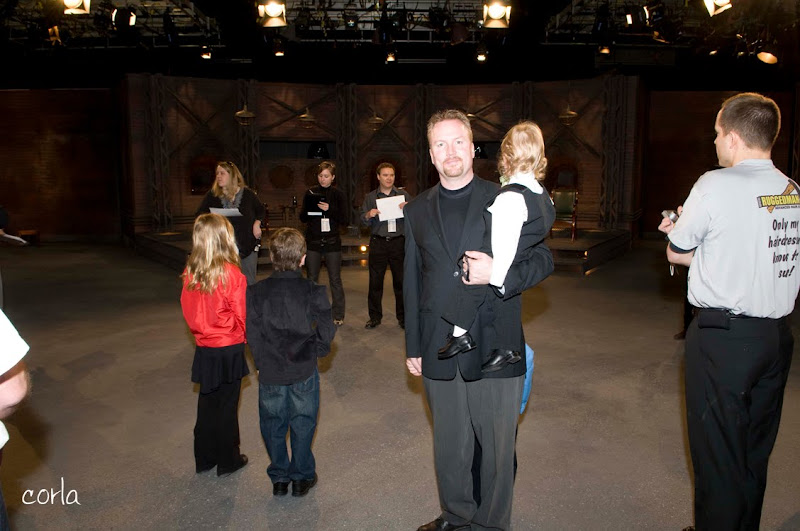 The superstars with their shades are trying not to be recognized. 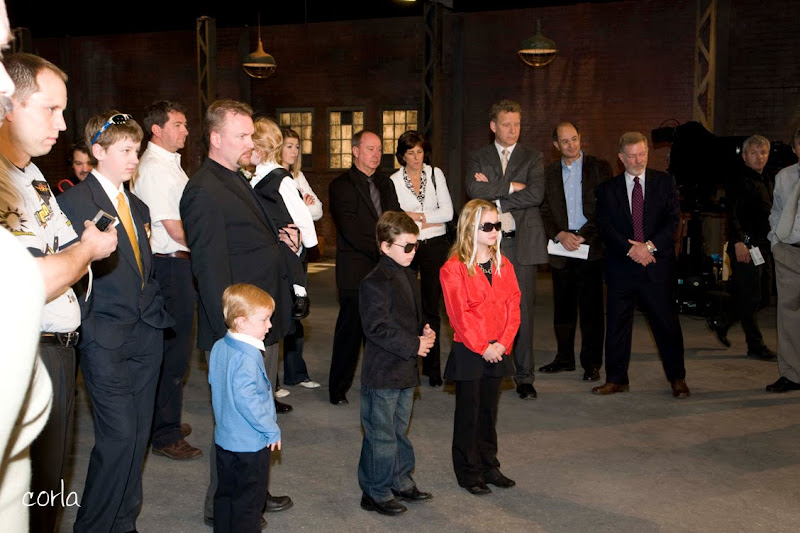 The isolation room where you consider a deal. 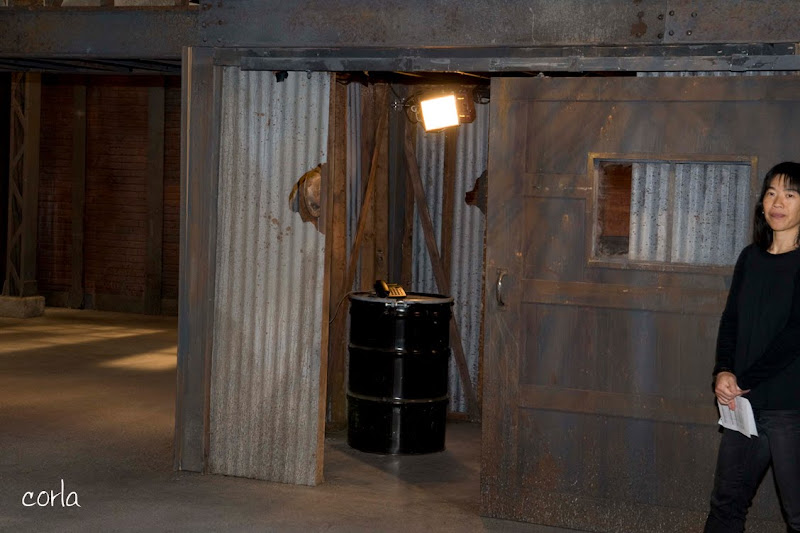 We asked if we could sit in the chairs....Nope! 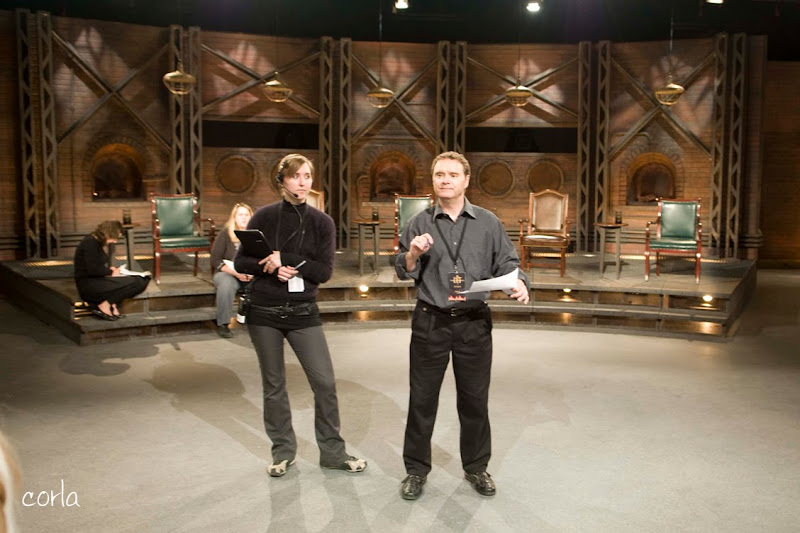 I told you they were tired. Maybe I should have let him drink the Coke after all. 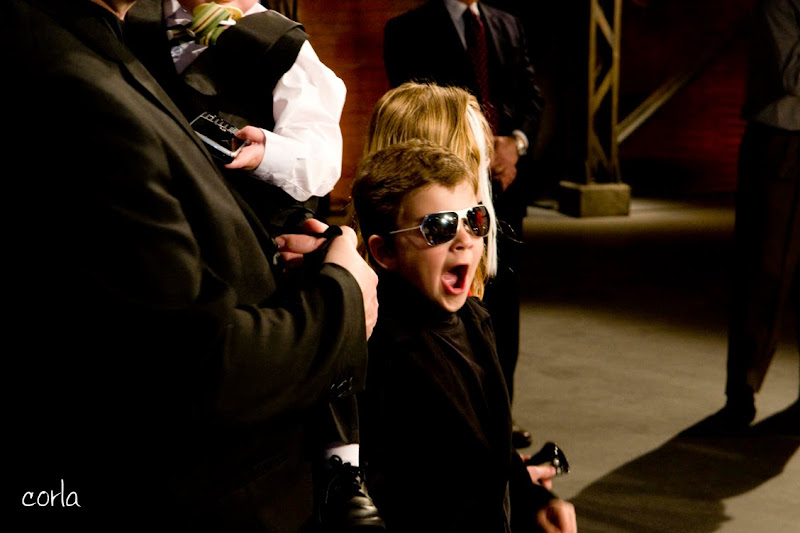 Me and mini me. Love the shot from behind. 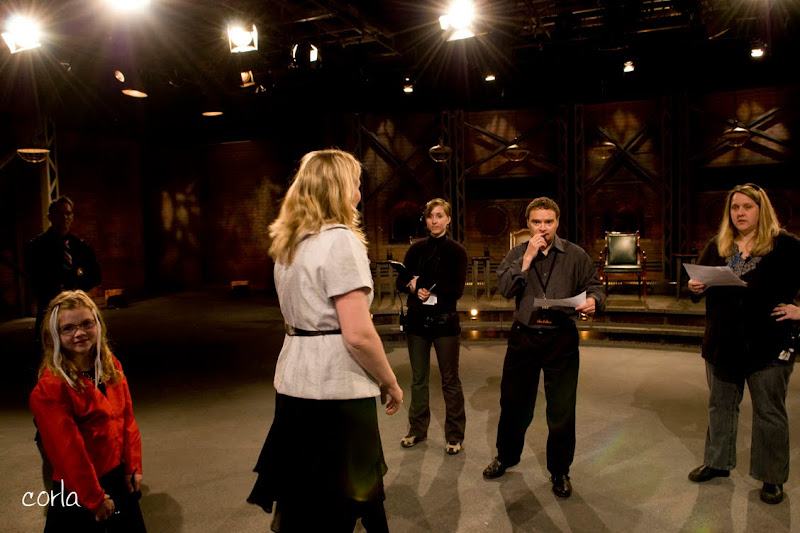 Our happy family before the pitch. Wish us luck. 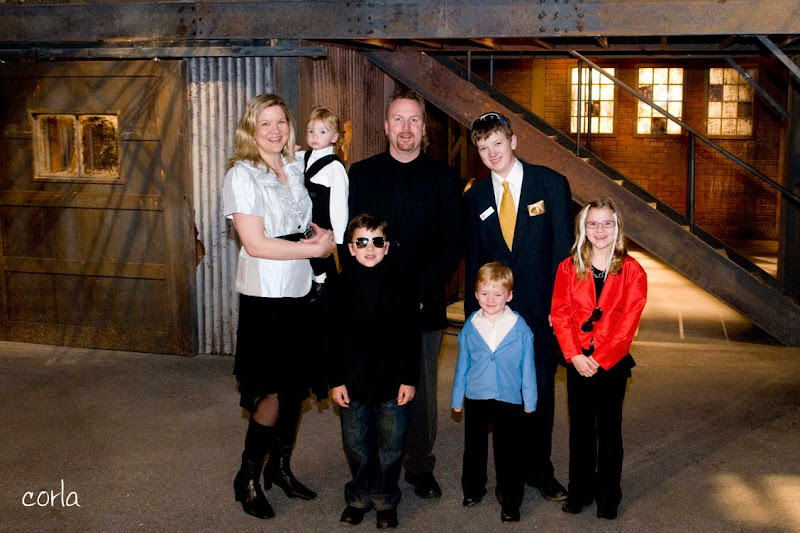 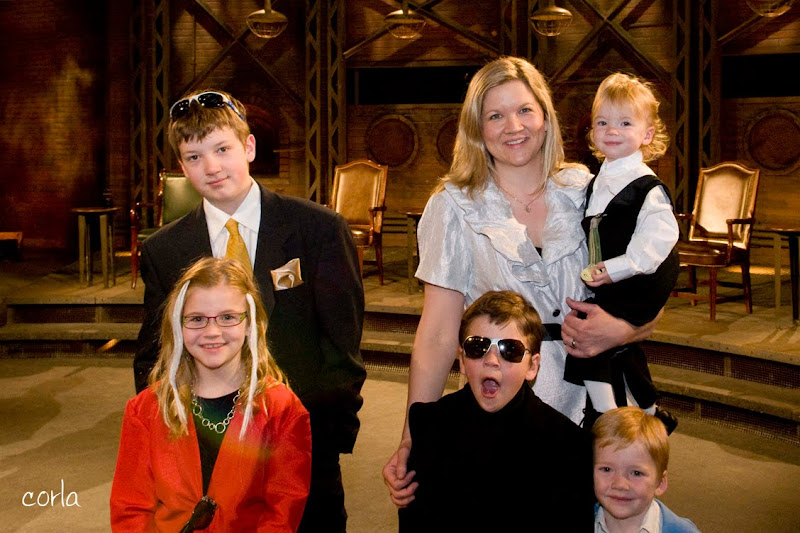 Posted by Corla Rokochy at 8:07 AM No comments: