This past weekend Davidson hosting 22 teams in the Provincial "Twilight" Ball (not the cool teenage vampire Twilight but the politically correct word for old, aging or over the hill) . I have to tell you my older brother Jason put a lot of work into the tournament and may have a few more grey hairs after days of rain leading up to the tournament. He is the kind of guy out on the field in rubber boots and his dress clothes running things behind the scene. I definitely have to give him a hand for all the hard work and dedication he put into the tournament. That kind of volunteer spirit is what keeps the small towns running.

Unfortunately, I missed most of the tournament due to work but I showed up on Saturday evening. By the time I arrived at my mom's house the guys were around the kitchen table drinking whiskey and telling stories about the good ol days. I am amazed how these guys can remember some hockey game or the name of some hockey player that played Junior Double A 20 years ago and what number he was picked in the draft. I can't even remember what I wanted to get at the store or where I left my car keys never mind good old "whats his face". I don't know what smelled worse all the B.S. or the Ben Gay.

I sat and watched the game with my little brother and his family. Poor guy it reminded me of Carson being the little brother not old enough to play. Next year he will make the 35 cutoff! 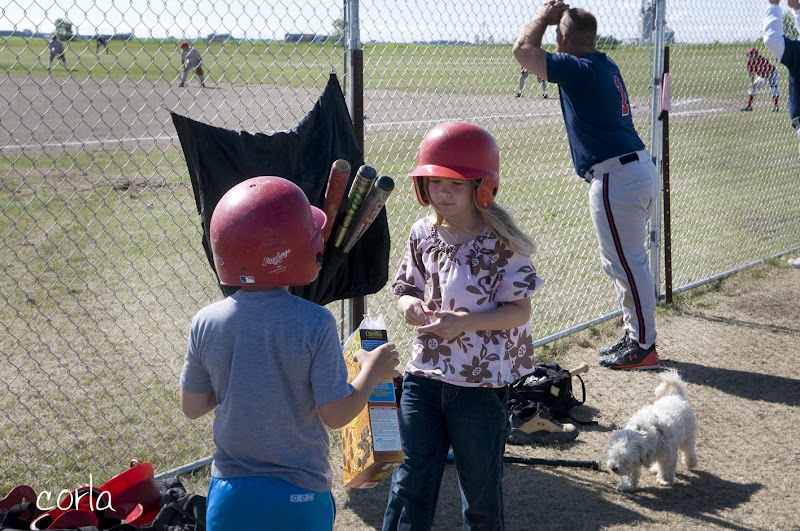 Wow I thought he made a sexy cowboy! Looks good in ball pants too....... 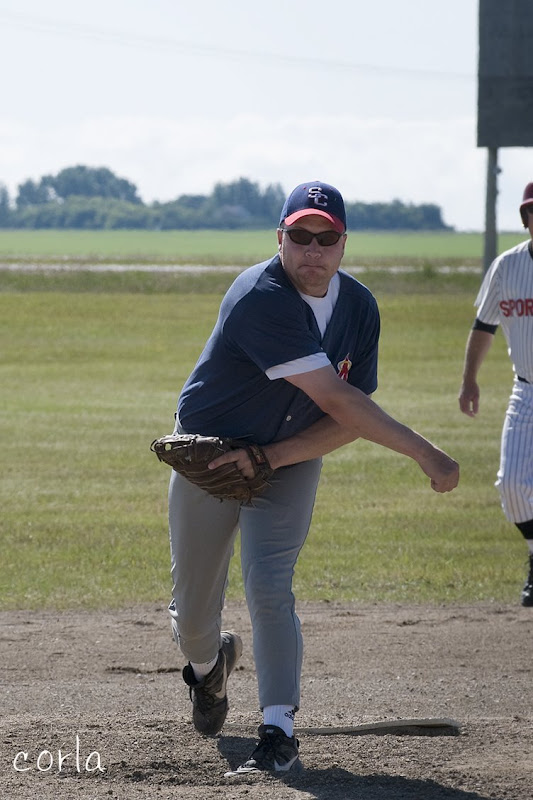 My mom lives about a block from the ball diamonds so before I knew it everyone was up and gone. I was scrambling to get out the door so I decided to bring breakfast on the go..... What no milk? 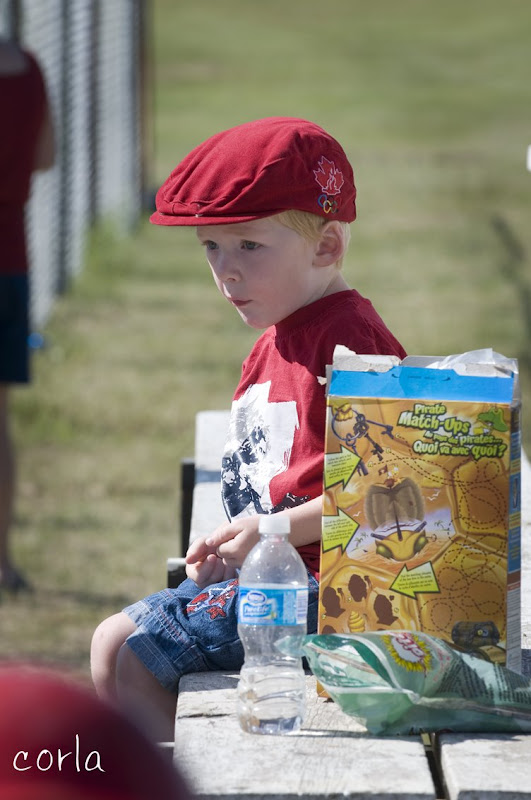 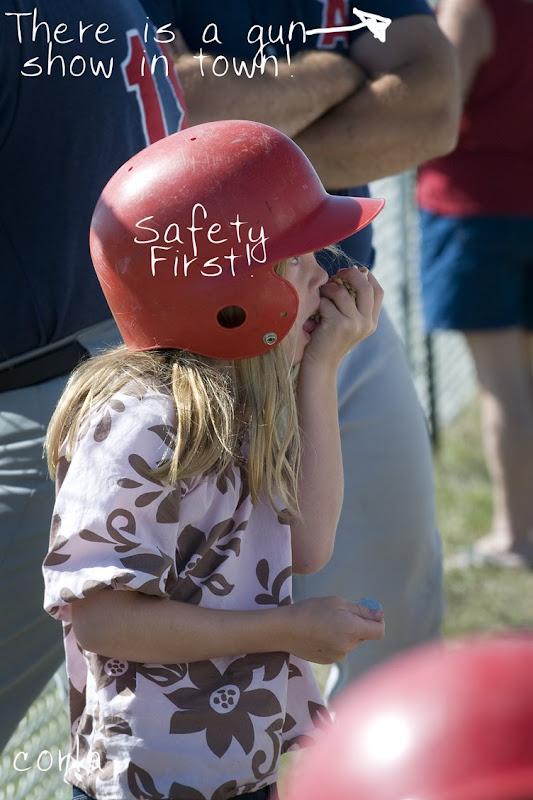 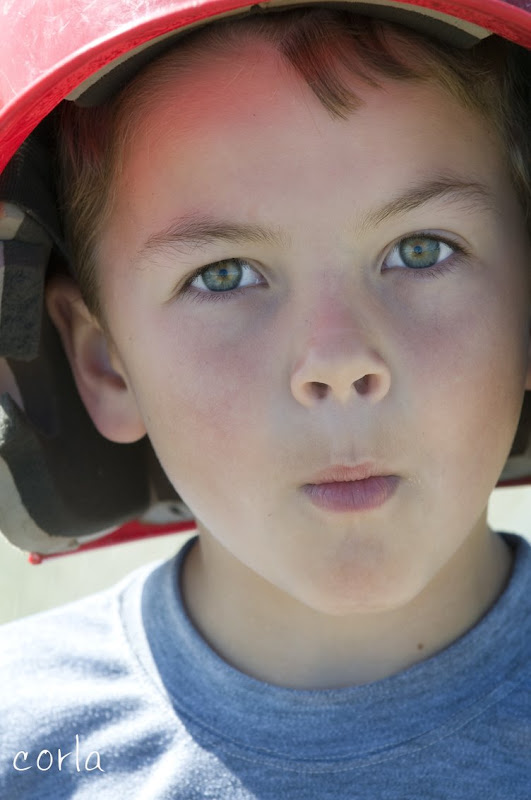 Pat's big brother came down for the tournament. It was cool to watch him catching for his little brother! 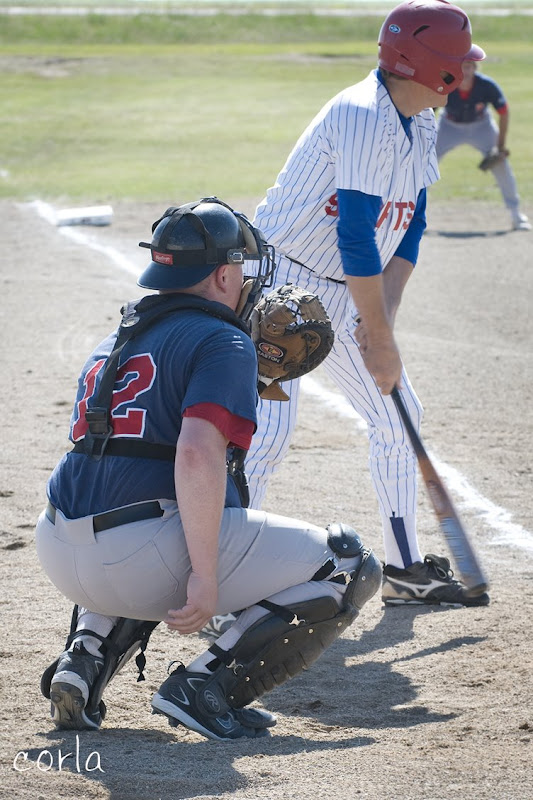 This is the fabulous guy in town who retrieves frisbees off the roof for little kids, paints my mom's house for a dozen buns and some homemade jam and the occasional golf cart rental. 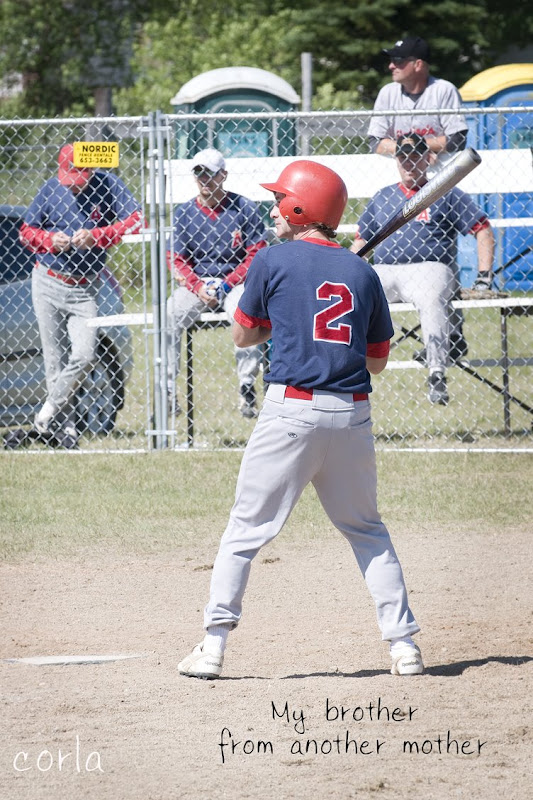 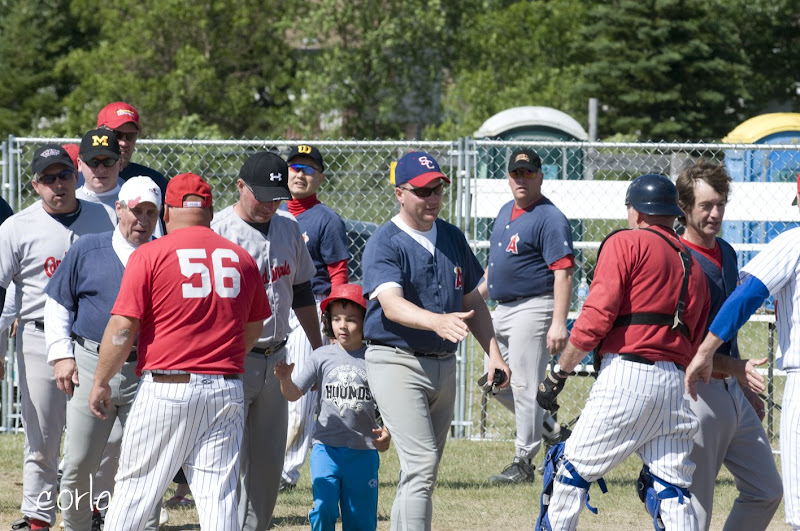 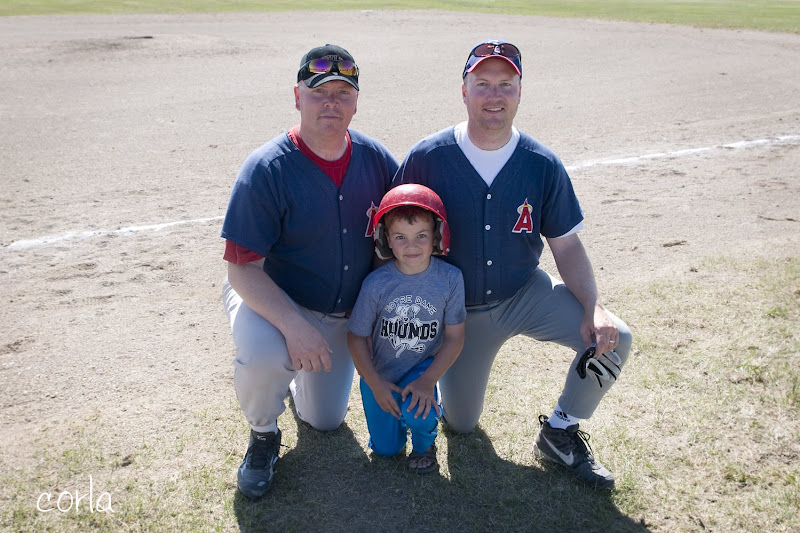 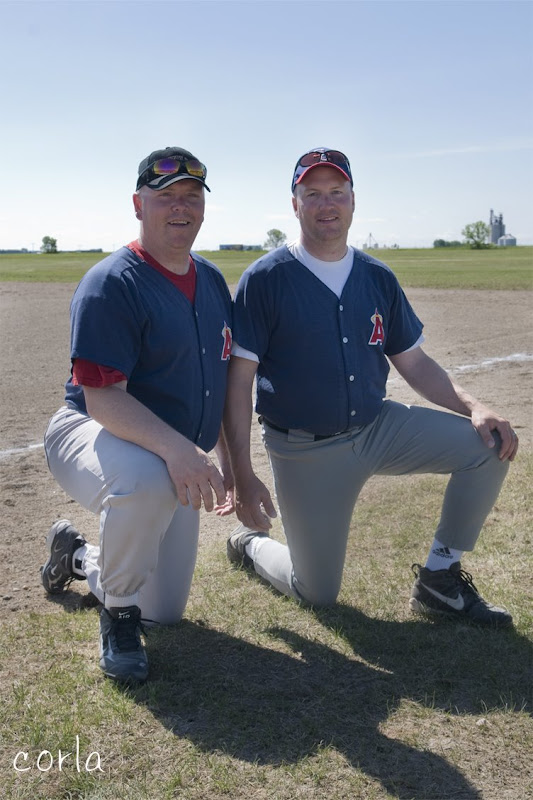 Well, they didn't win it all but I think they did a great job representing Davidson and had a good time. There is always next year. 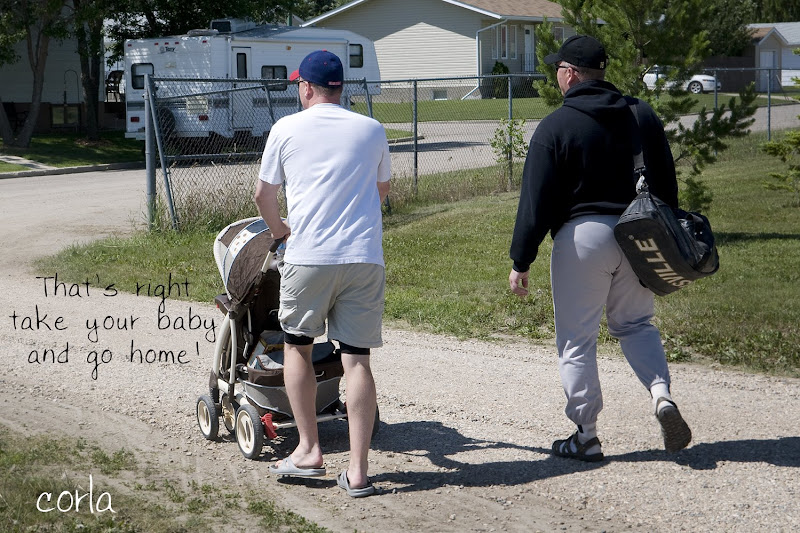