It's fun to be in the PPOC

Over two years ago a committe was formed of of to run the National photography convention for the Professional Photographers of Canada. I have been a member for 12 years now and there has never been a national convention is Saskatchewan so when we were chosen to host I was thrilled. I have been Saskatchewan's education director in the past so I volunteered to be the speaker chair for the convention. This would have been a lot easier if I hadn't "decided' to get pregnant with our fifth baby and have a seven month baby with me at the convention.

Ellie was a trooper! She sat through lectures, luncheons, meetings and the fun and awards nights. The only way I made it all happen was with a team effort. My husband asked his cousin to drive three of the kids up to Grandma and Grandpas where they would stay for the five days of the convention. Olivia barfed while she was there and Carson had a fever. Fun times. They still managed to have a great time and I know they loved spending time with their grandparents and cousins. Pat's cousin is a single guy with no kids so I can imagine how much fun a 3 hour trip in the van with 3 kids was. (lets just say he has moved out of the country recently and I hope we didn't have anything to do with that. ) Levi stayed in Swift and had sleepovers with friends. Pat was off somewhere that ryhmes with schmolfing. My mom came to the rescue as well staying in the hotel with me and being my full time Nanny. It definitely takes a village to raise five kids and I believe I just may be the village idiot!

The Shoot Out at the "Dog River" Fun Night. How many photographers does it take to screw in a lightbulb? 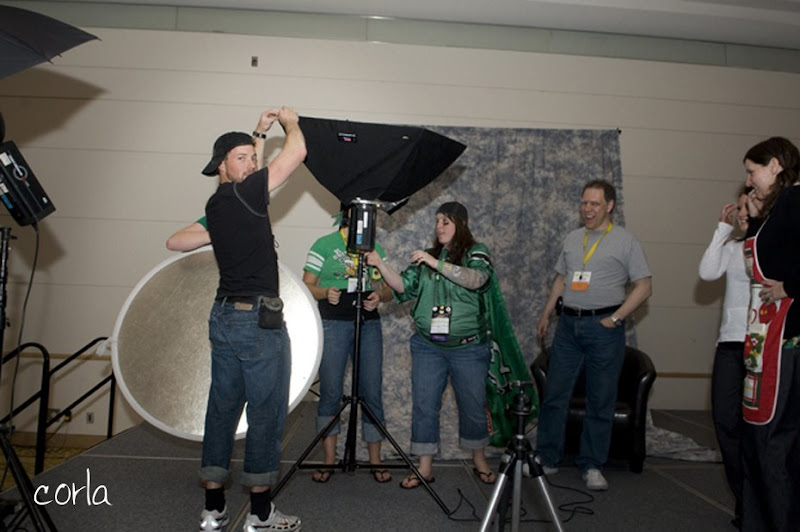 Mom, Ellie and I in the trade show. Us and Brent Butt. It was a cutout but don't tell Kelsey he thinks it was real. 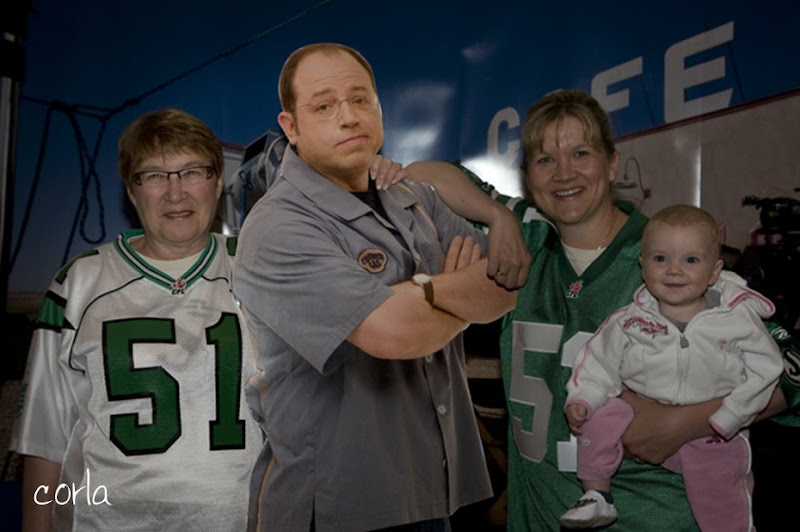 The cops finally caught up with me for lack of child suppervision. (Brent doesn't look suprised) 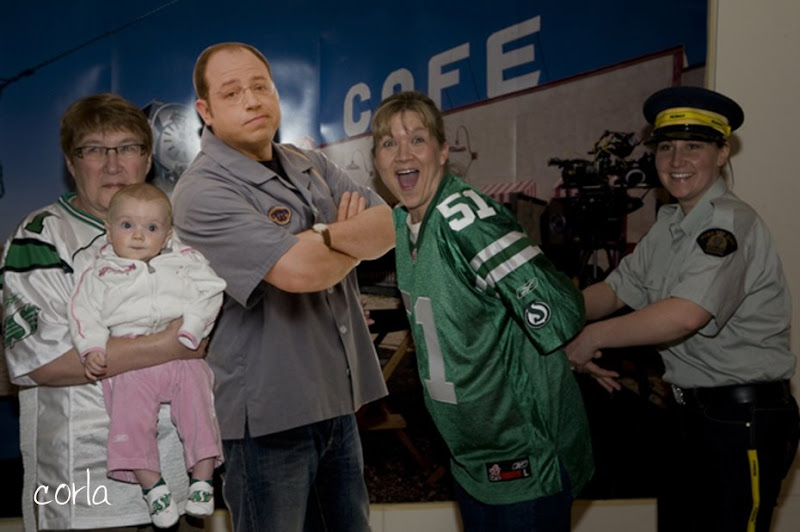 The corner gas meal. Onion rings, chicken, and the chilli cheese dogs really put the "gas" in Corner gas. Oh yeah and what meal is complete without baby food. 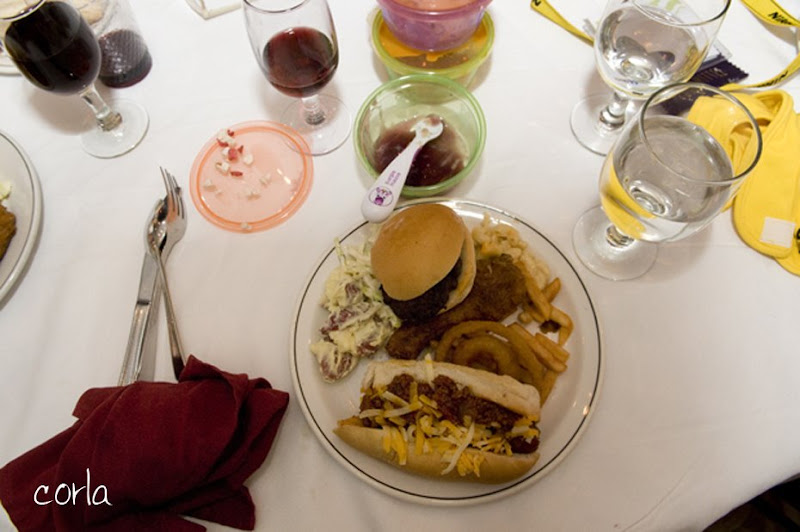 The model. Her name was Olivia. My Olivia told me to tell her "hi" 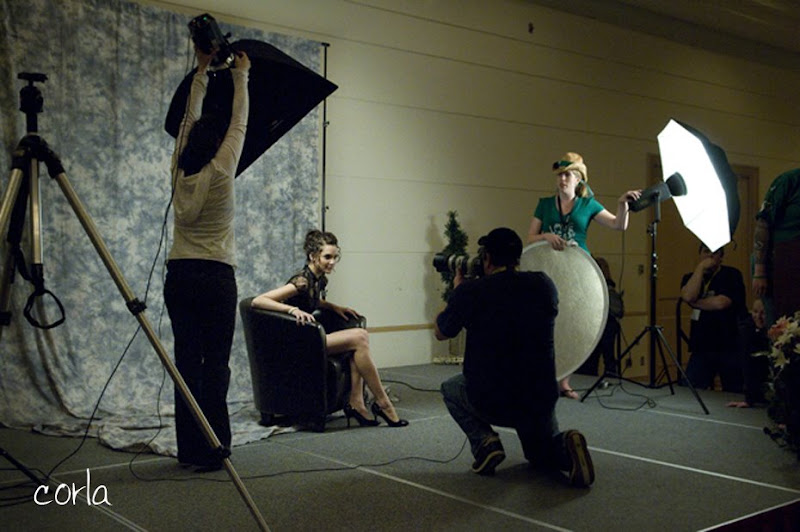 "Get the F out of my convention...." The fellow sitting down is the current president of our association (yes I use the word fellow) and the one standing up is a past president and many times defeated leg wrestler against one of my BFs Alison. 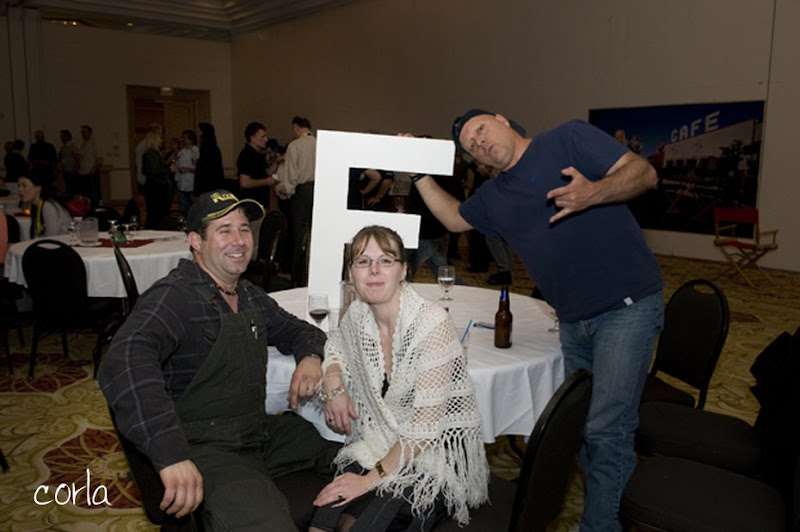 Amina from Still motion putting on a workshop on the rooftop! 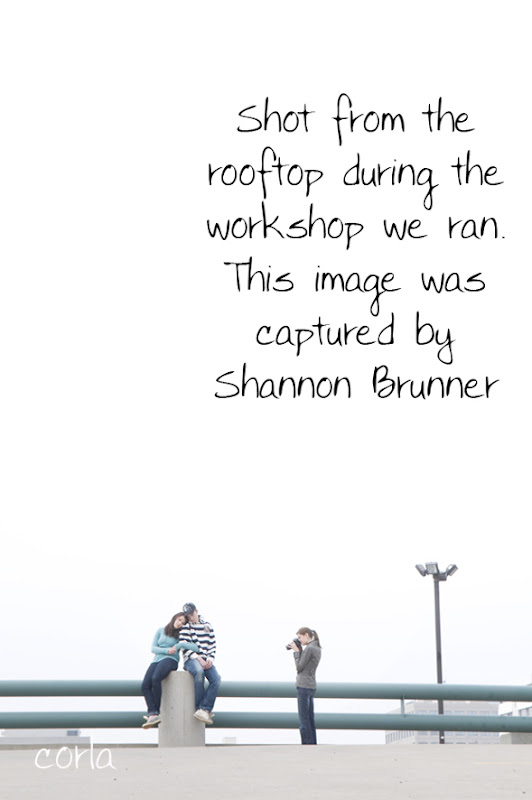 This is the travelling circus or the rodeo on wheels. Believe it or not this is how I showed up to introduce and thank all the speakers at their presentations. The life of a working mom. 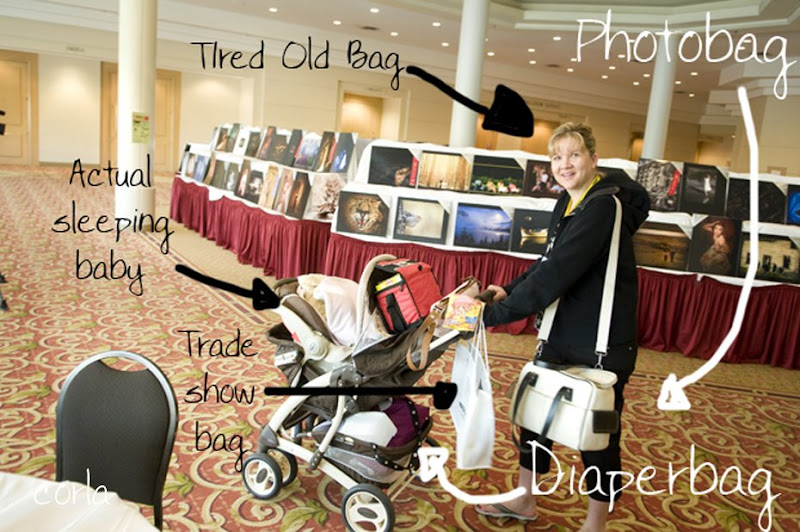 In the middle of all the chaos of a six day long convention with a seven month old baby I gave myself a bit of a heartattack for just a minute when I found a lump in my armpit while I was in bed and then I realized oh that is Ellie's head! She insisted on sleeping with me which made for not the best sleep!

Ellie is tuckered out. Her favorite place to sleep besides my armpit was the hospitality suite. 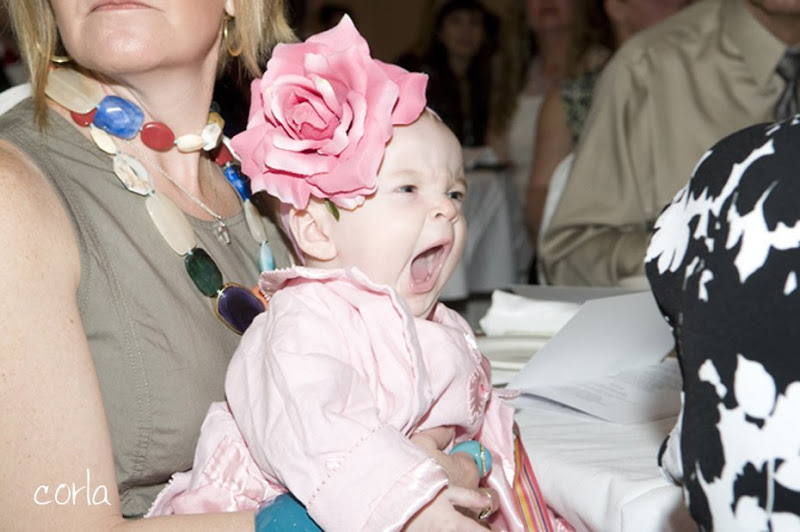