Kelsey- You the Man!

Kelsey was drawn to be the Swift Current Bronco's 7th Man. He was lucky enough to get to share the honor with his friend and fellow team mate. The boys got dressed in their Bronco gear and headed out on the ice before the game. The lights were off in the rink, the fans cheering and the music blaring. They skated into the middle of the huddle at the net for a pregame cheer. Then the boys joined the starting lineup for O Canada. The Broncos remove their helmets and shift from side to side to keep warm during the anthem so just like the players they look up to so did the boys. Kelsey got a little help to get his helmet on and off and he shifted from side to side rolling his neck and shaking his hands to "keep warm" It was priceless!

Dad was in charge of getting Kelsey dressed so he had to look his best. The coach even stopped and told Kelsey he was the best dressed guy to ever be the 7th man! Possibly a future Don Cherry. 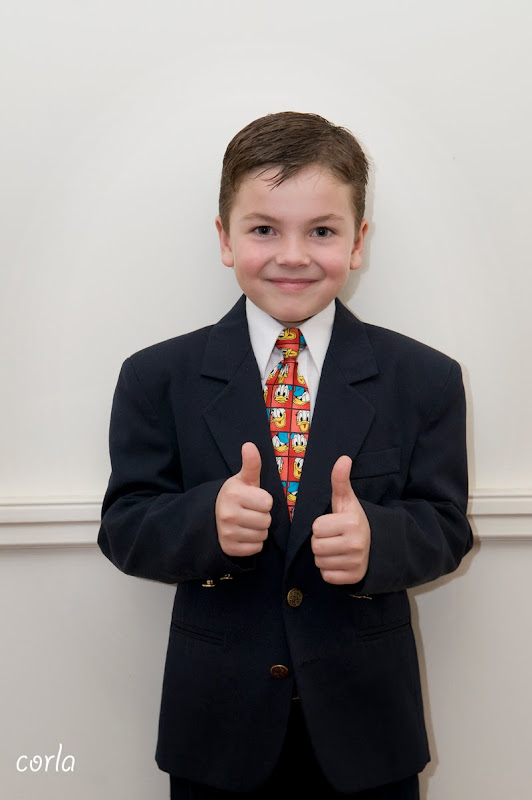 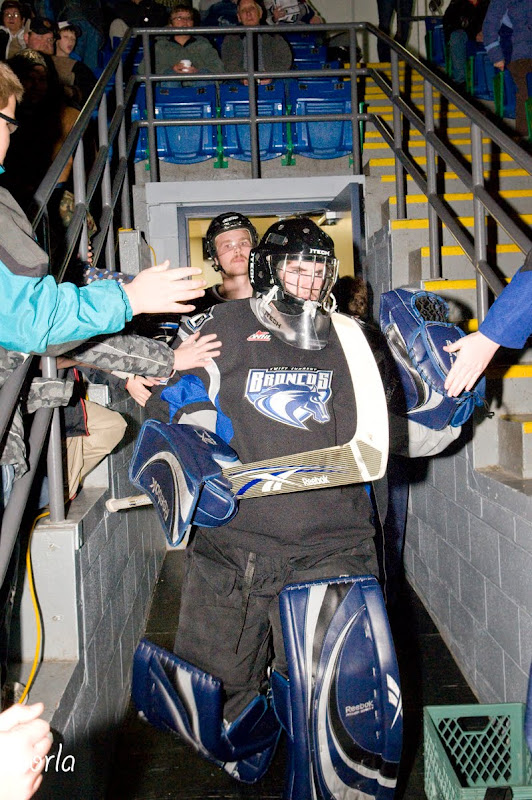 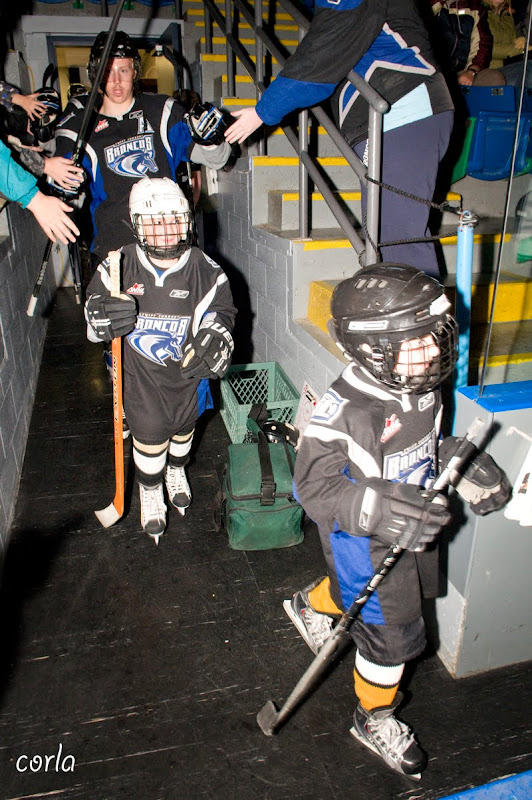 The huddle. The boys may have learned some new words. 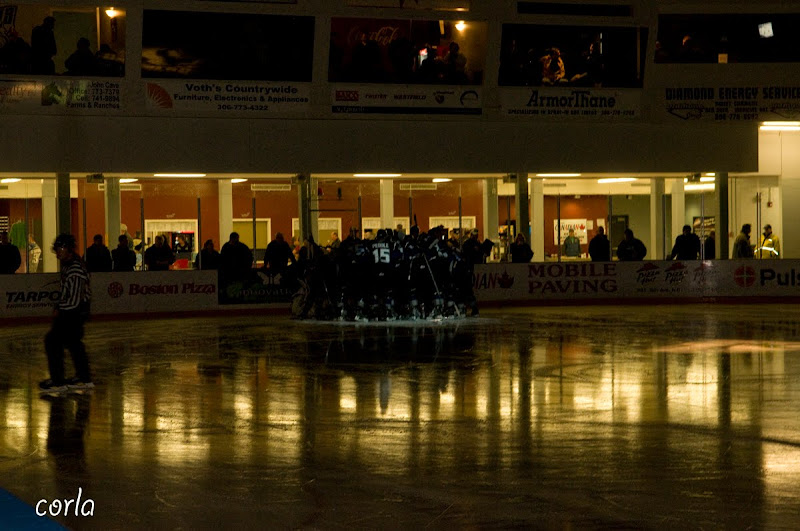 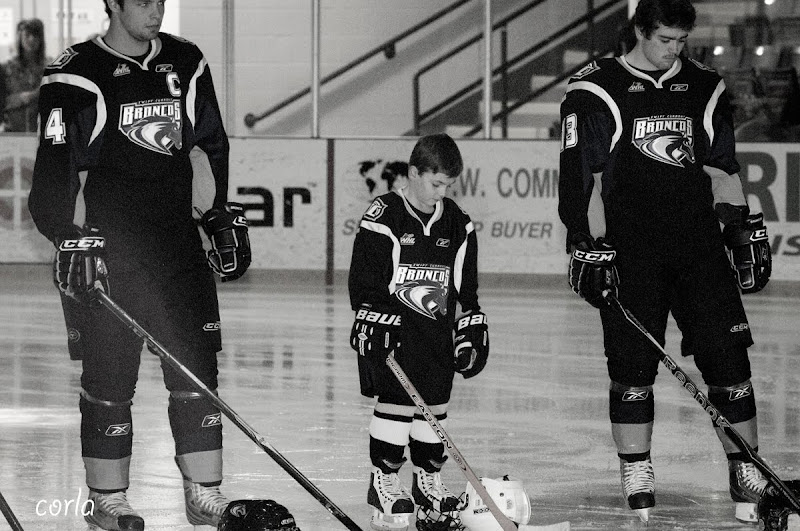 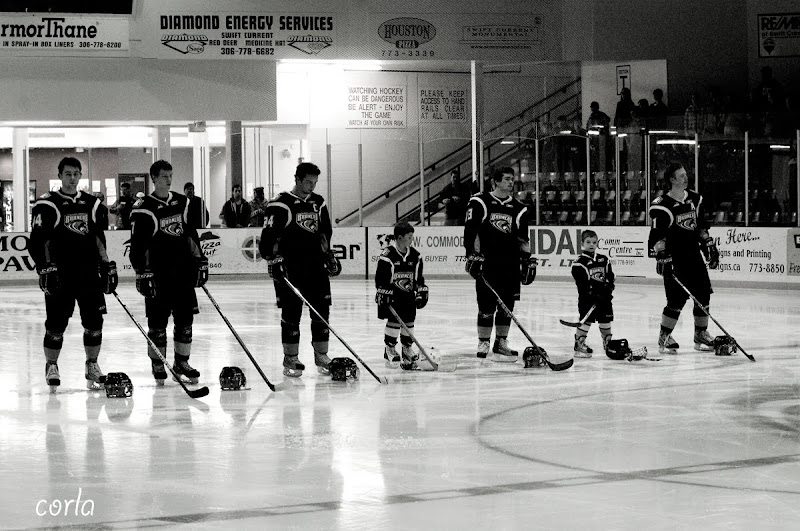 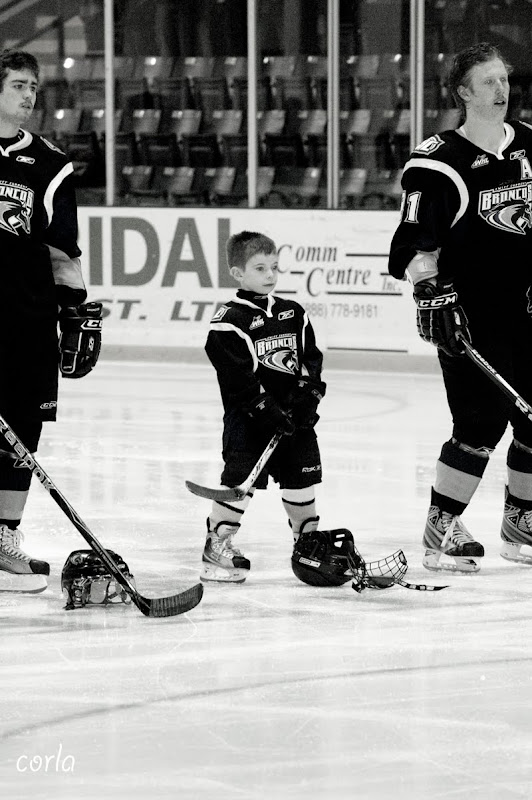 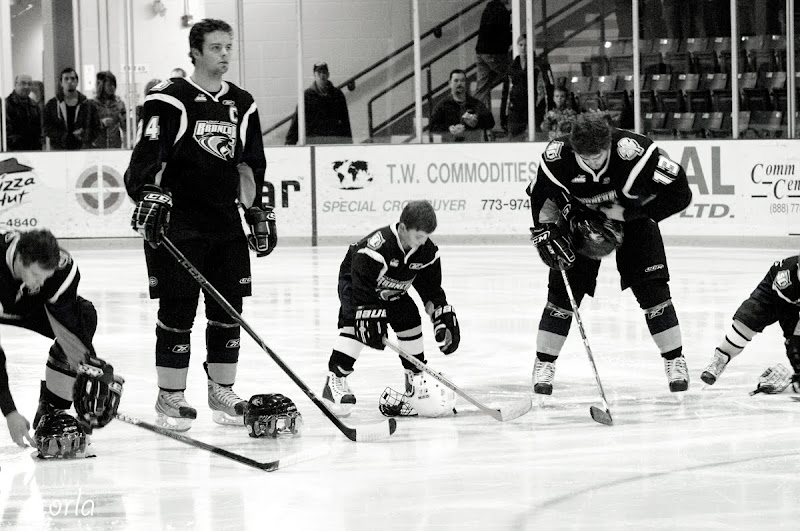 Help a brother out would you? 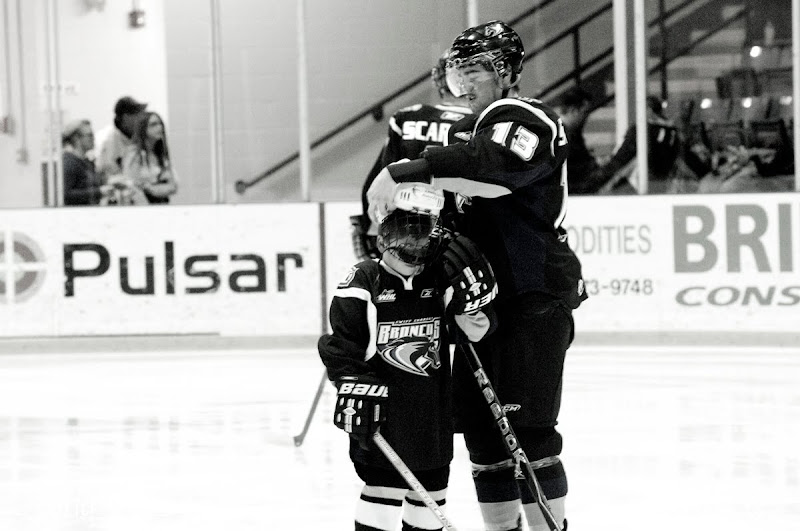 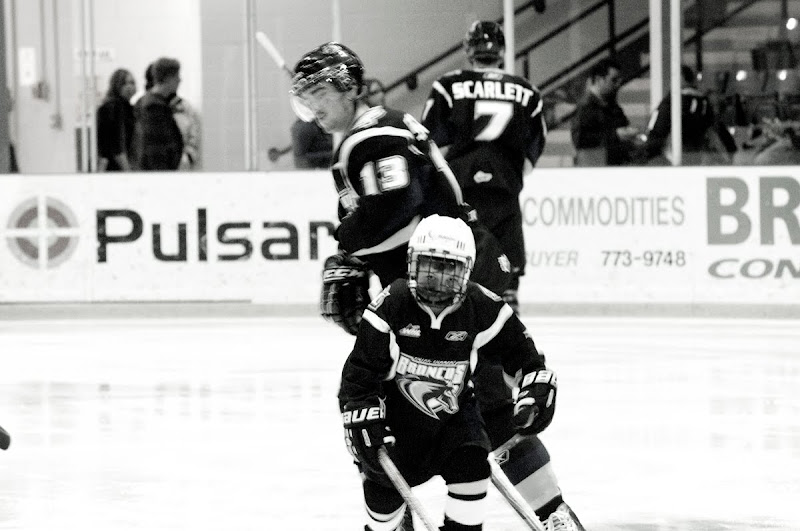