It's update time.  Last week Patrick and I drove to Calgary to tape our Dragons' Den update.  It has been just over a year since the show aired and we went from having just an idea to ordering over 20 000 pair of socks.
We arrived at E Children early to make sure everything was set up.  The socks were already on display. 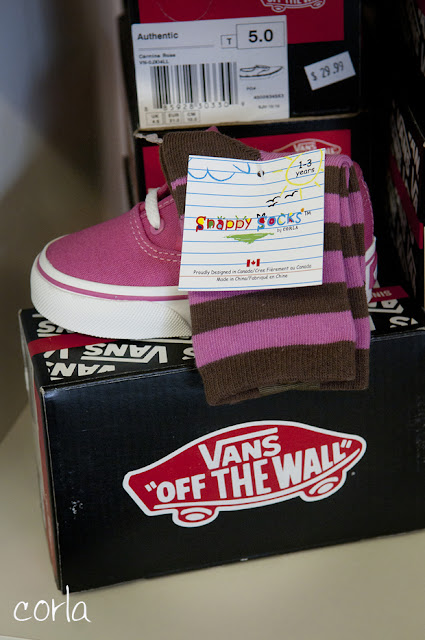 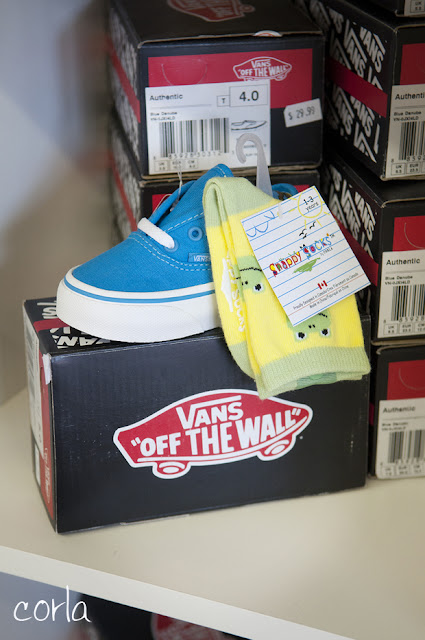 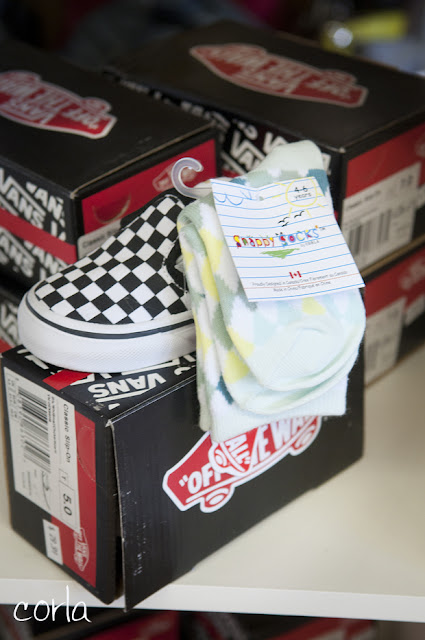 My rep Karen does a great job with displays and she was making sure everything was in place for when the crew got there. 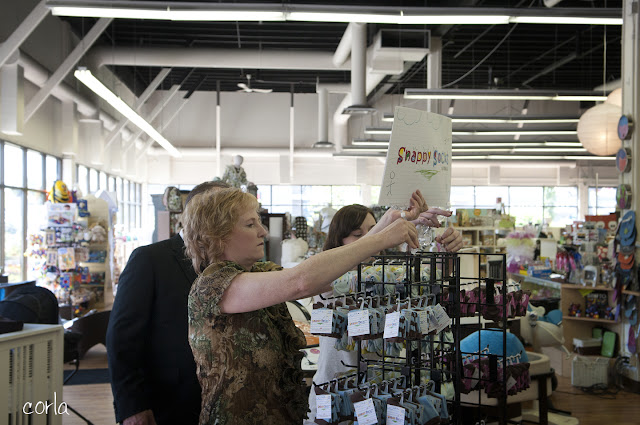 Thanks to Twitter I am keeping up with Kula Klips another mompreuner that does the belts that were in behind my display. 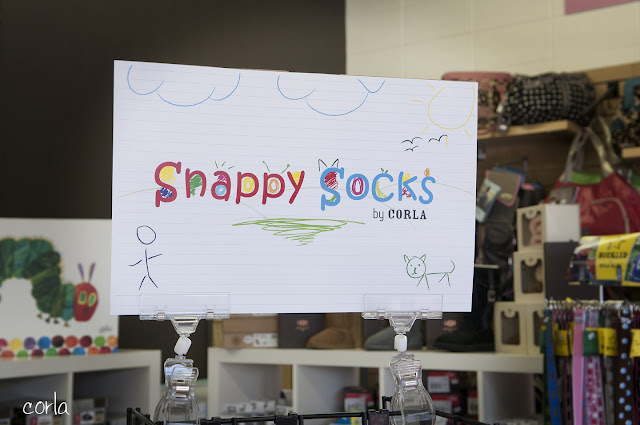 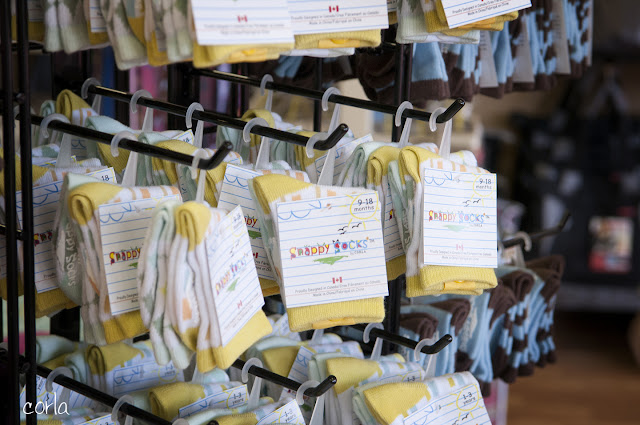 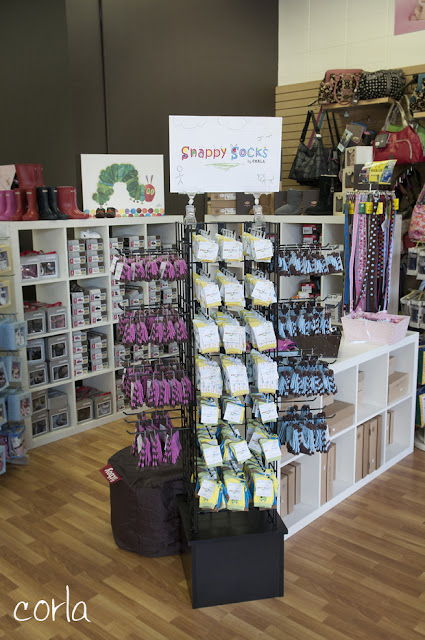 It's has been a long year and I was glad to have my hubby there with me and my amazing rep Karen who has worked so hard to get us into nearly 50 stores across Canada. 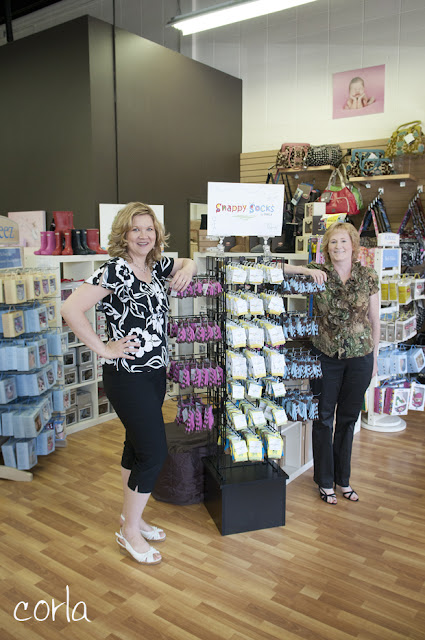 The crew arrives from another shoot. 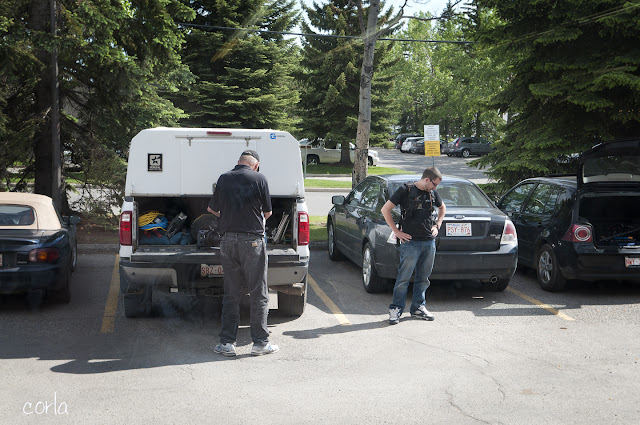 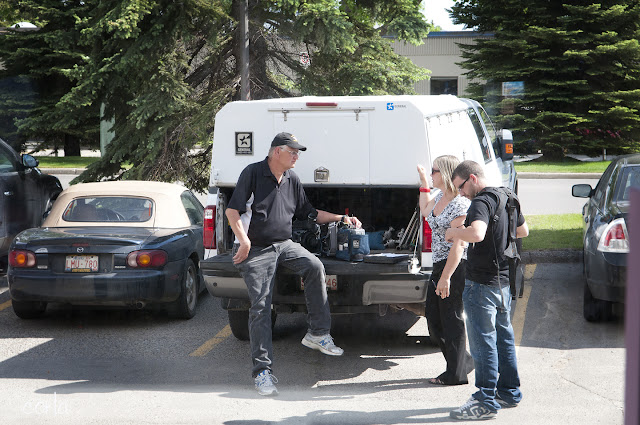 The friendly local sound guy.  We realized even though we were across the store after we were mic'd up he could hear everything we said! 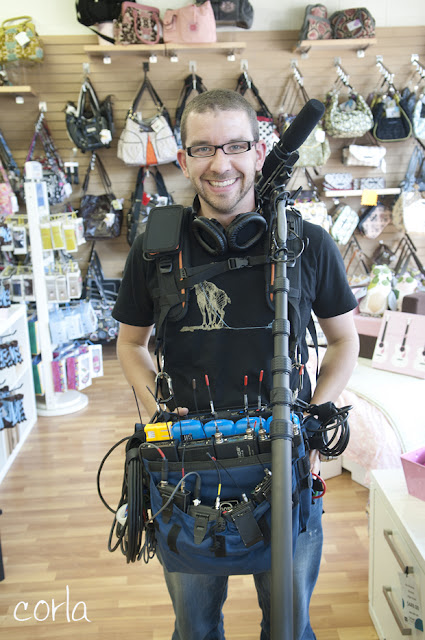 Our fun, fantastic, fabulous producer Molly.  She brought so much energy and enthusiasm to the shoot! 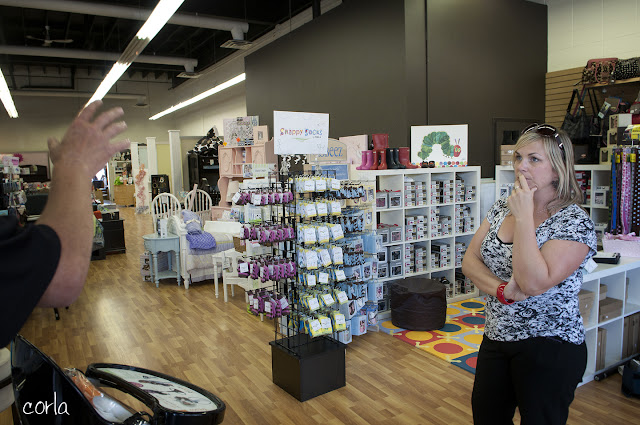 I was deep in thought when Brett walked in and said, "Excuse me Miss." 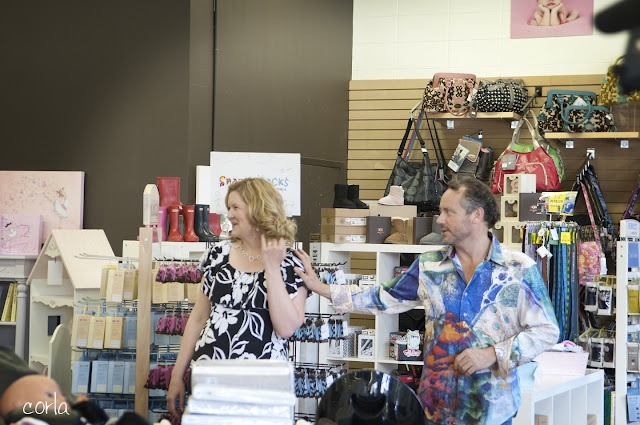 I think we are dancing here! 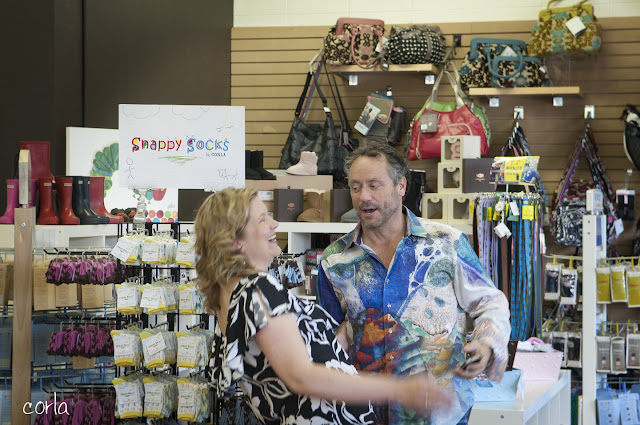 Then he takes a picture with his I Phone.  I told him I hope my rack looked good in the pictures.  Yes I mean the sock rack. 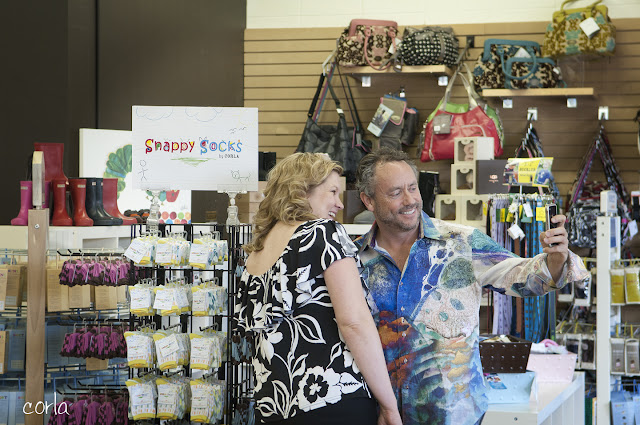 We found a cute little model and her Dad who were willing to be on camera. 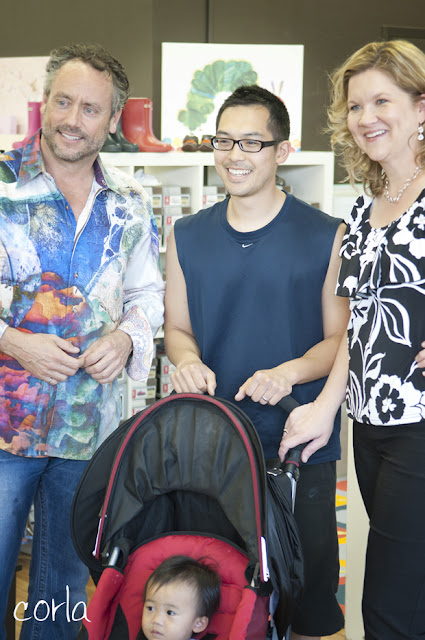 The last shoot I got to roll around in the socks and toss them in the air.  It was so fun and E Children was amazing.  A special thanks to my hubby Patrick for getting me there and being there for the last year of development, Karen my rep who has gone above and beyond the call of duty, Brett Wilson for investing in Snappy Socks without him this dream would not have come true.  Rene and Danika that came to watch and be shoppers. My friends and mom who took care of  the kids and my brother for meeting me halfway to Davidson for the drop off. To Molly and everyone at Dragons' Den for helping make our dream a reality! 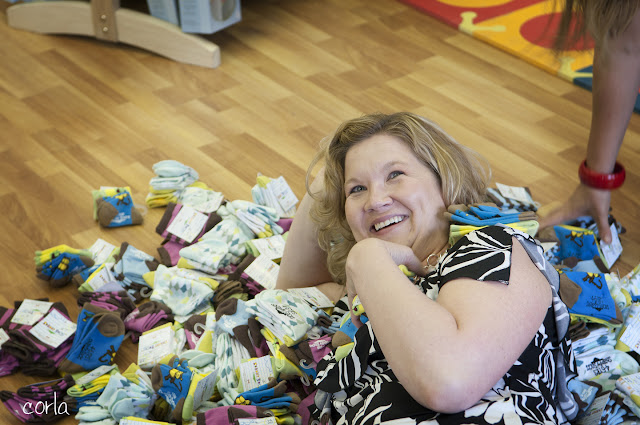 So that was the fun and glamorous side of the trip.  Maybe I should just leave it at that but what the Circus House be without a bit of chaos and I have never been one to not share the bumps of being a busy family.  So here is the behind the scenes story.

Four of the five kids were sick the week leading up to us leaving.  We attended Drs. Appointments with them one at a time as they became sick each receiving a gallon of banana medicine.  Grandma took the little two in Davidson where she was sure she could potty train Ellie but instead Ellie spent 3 days calling Grandma a buttocks which she learned from her older siblings.

The night before we left we I was shooting grad pictures until 9 and still had to pack and we also had to empty our whole closet as renovations on our house were starting the next day so Pat and I finally fell into bed at 1am only to be awoken again at 2 by Olivia on her hands and knees outside our room throwing up.  We were up at 5 and getting ready to go a friend took Olivia to her Drs. Appointment and guess who ended up watching Olivia since she was too sick to go to school?  Our friend who is doing our bathroom renos!  Would your contractor do that for you?  We are pretty lucky to have that kind of full service.

If you are looking for any renos in Red Deer or Calgary especially bathrooms you would be lucky to get Dale's Home Renos but babysitting is not included.  We are really fortunate to have someone so awesome doing our work.  We were gone to Calgary by 8:30 and he already had all the flooring out and our old closet apart. 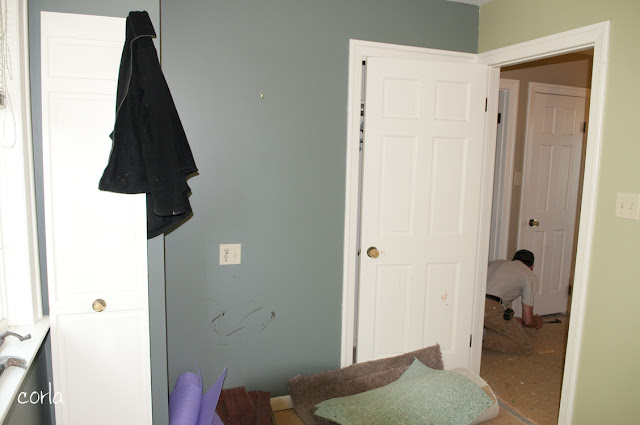 Well in the end it all worked out great but it was a bit stressful making it happen.

Stay tuned for the pictures from the Brett's fantastic Garden Party.  Here is a video clip from the interview I did there with Kempton.

Posted by Corla Rokochy at 9:44 AM

Looks like you are having so much fun Corla ~ well ~ except for the sick kids!! Ha!