We Put the Party in the Sask Party

Decked out in our finest, including a new pair of Hillberg and Berk earings I splurged on for my birthday, my Mom and I attended the Premier's Dinner in Regina.  We were part of the Dragons' Den table with 320 Solutions and Hillberg and Berk Jewellery who were also both on the show and made Deals with W. Brett Wilson who was the M.C. for the evening.
We attended the sponsors' reception and our logo was displayed on the projector screens! 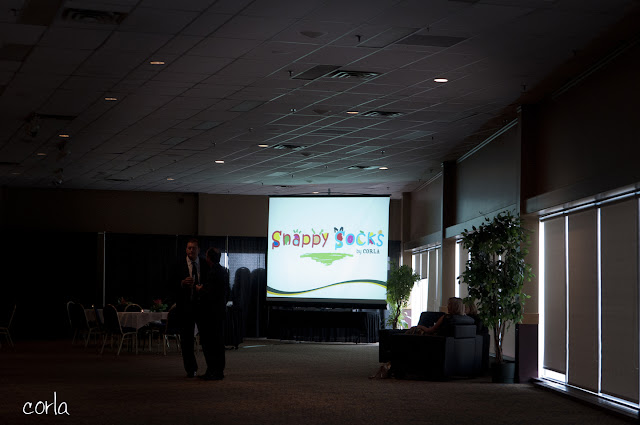 My mom was my date since my hubby was off golfing in Waskesiu.  We met up with one of her old school chums (I love that word).  Such a great lady and someone I have had the chance to watch her grandkids grow through photographing their family. 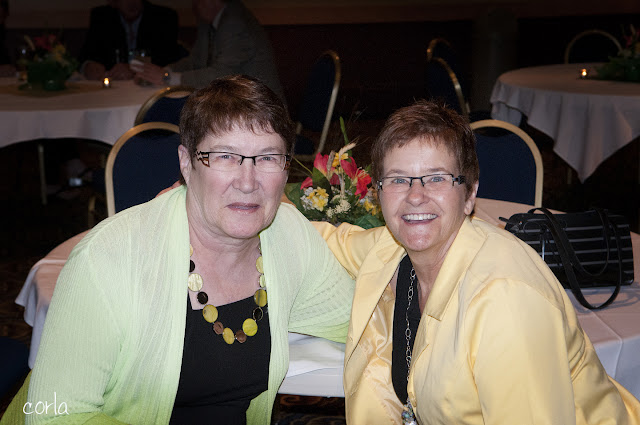 The soccer field was transformed into a beautiful venue. 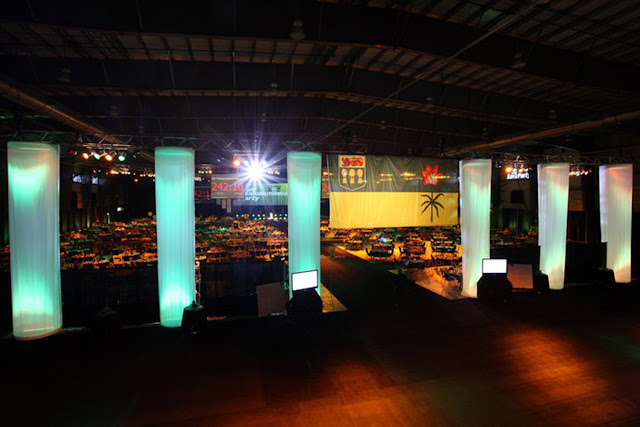 We had great seats close to the stage.  Brett is such a natural speaker. 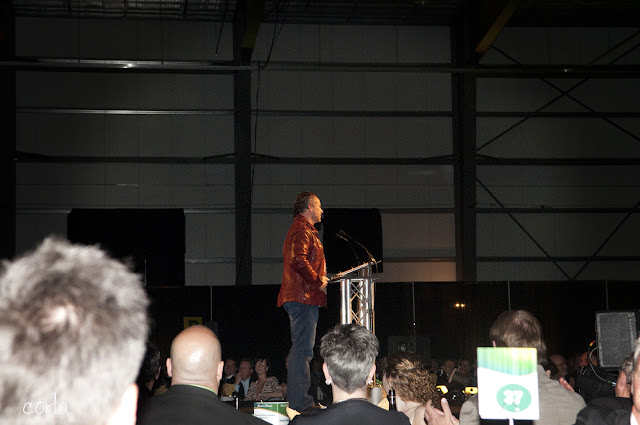 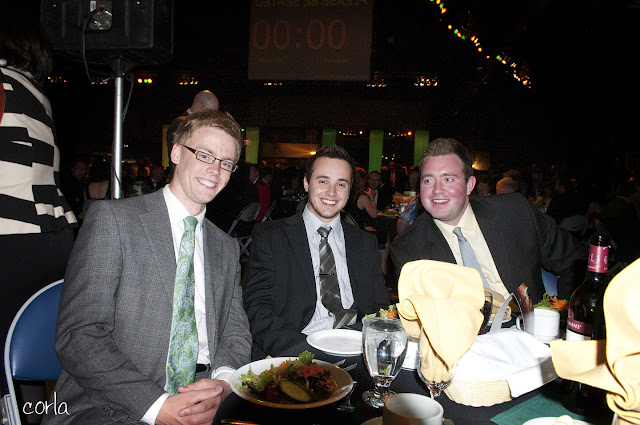 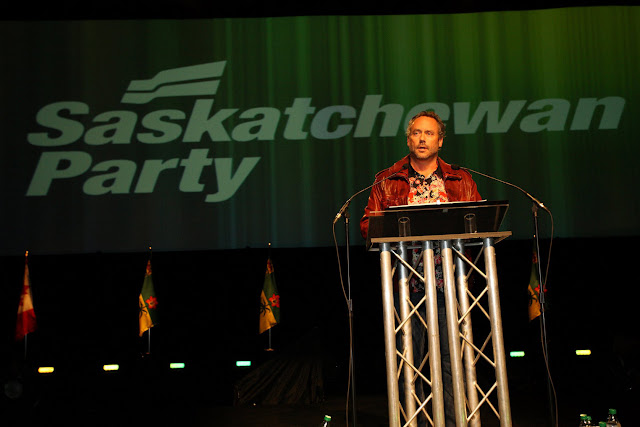 Brett on the Jumbotron in one of his Funky Shirts. 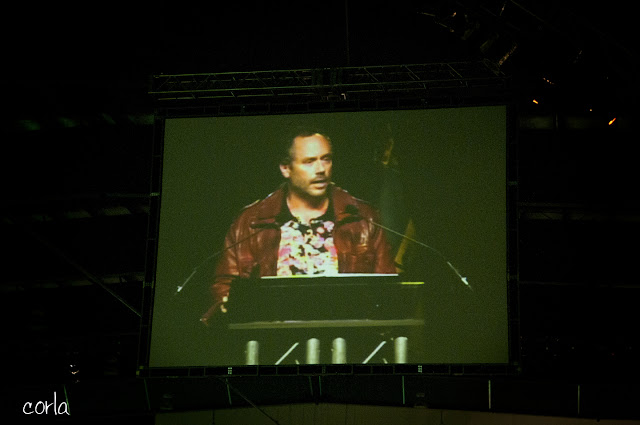 He put on a bow tie to make his ensemble more formal. 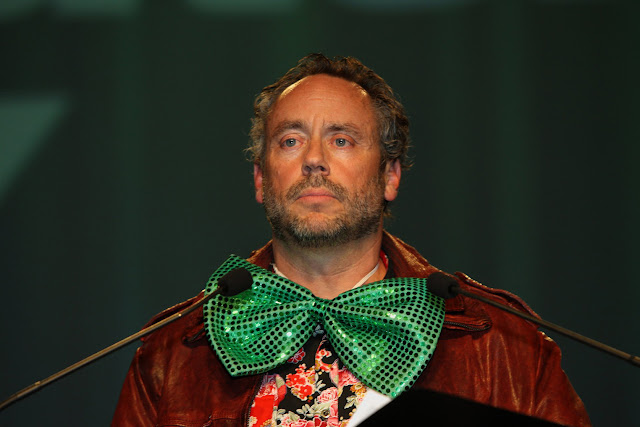 Brett sponsored a table for these members of the Canadian Armed Forces. 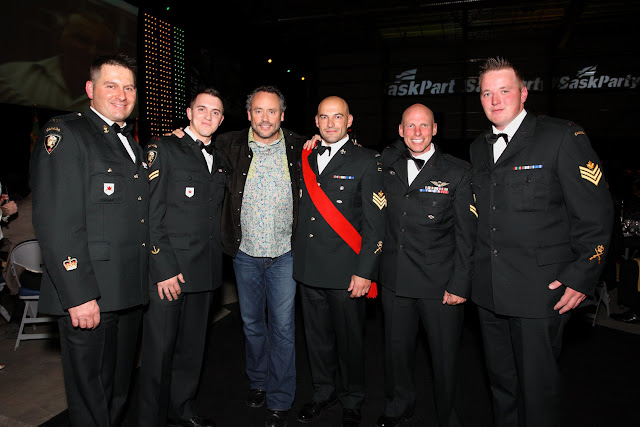 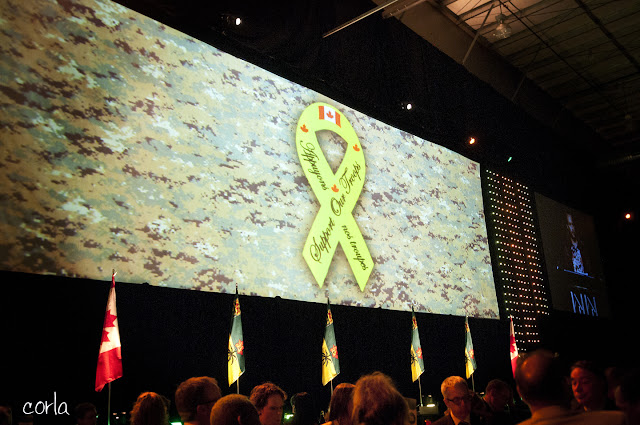 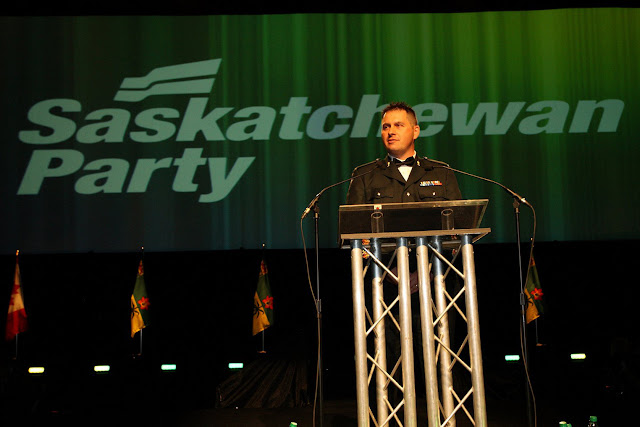 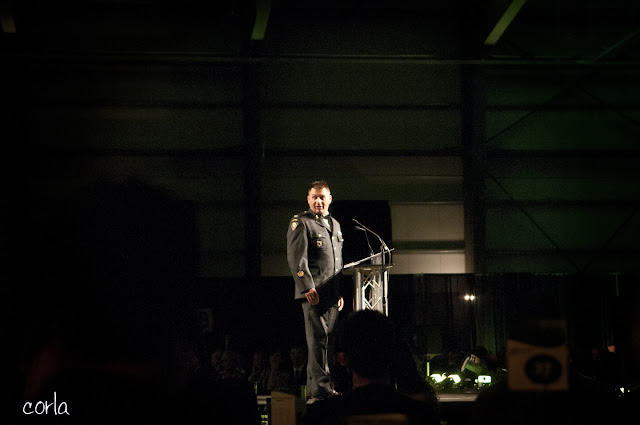 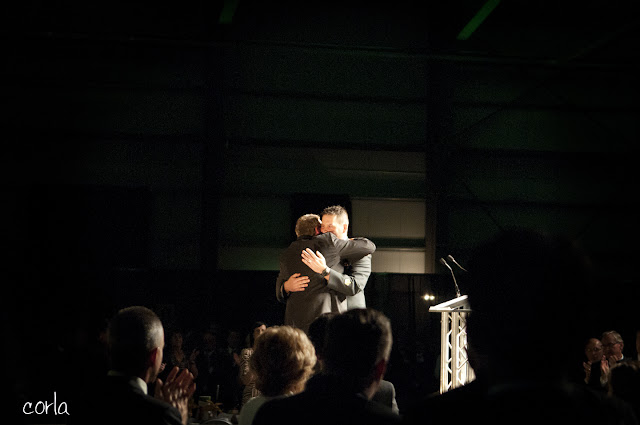 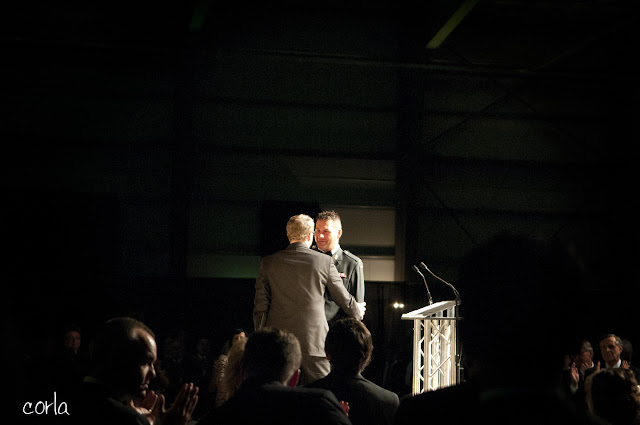 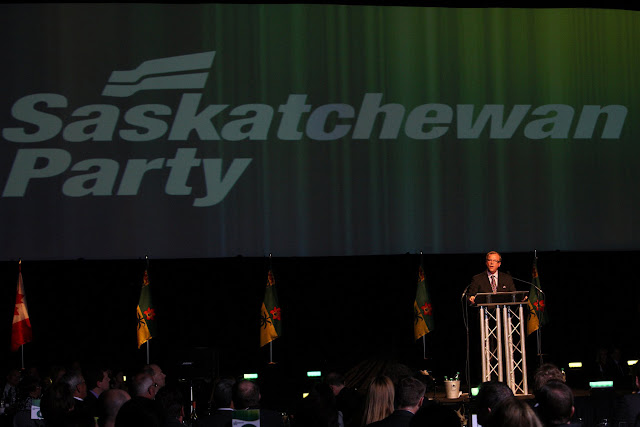 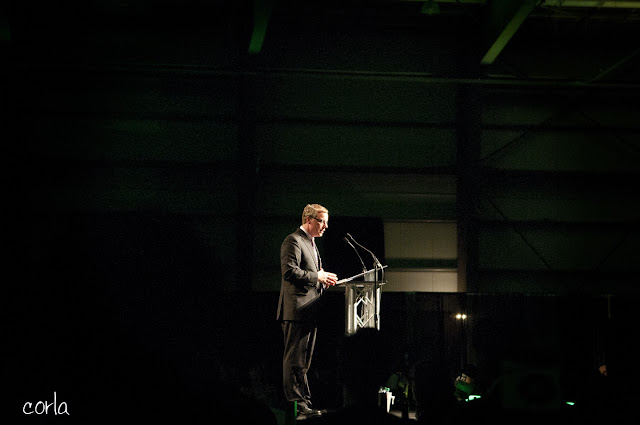 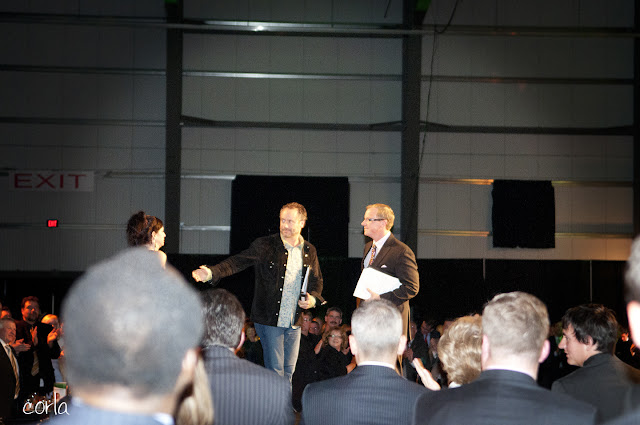 A great couple.  I usually see Tami dropping of kids at dance or when she is volunteering at Music Festival and Brad around town or coaching football so it was so amazing to see them in their official roles.  They are a real family representing the best interest of real families of Saskatchewan. 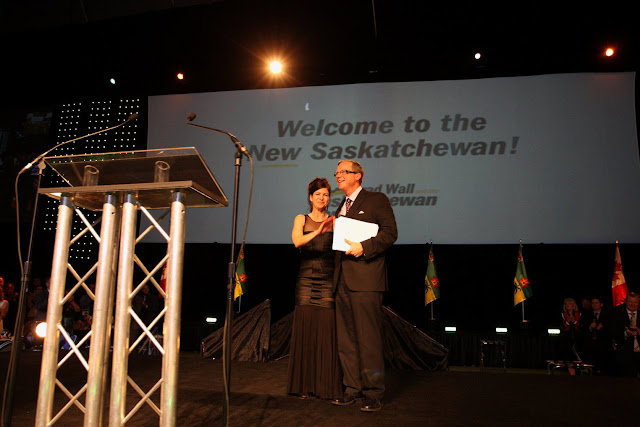 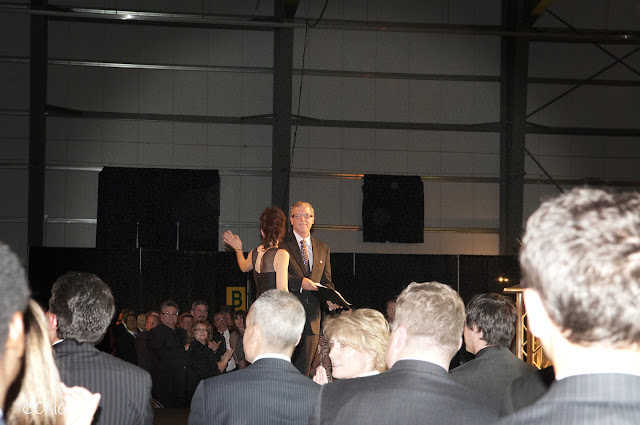 The Premier made a joke about Chachi wanting his shirts back so Brett decided that the Premier should have one of his Chachi shirts and presented him with one. 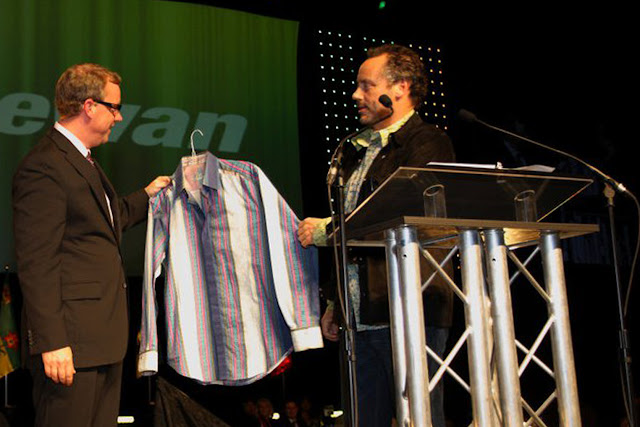 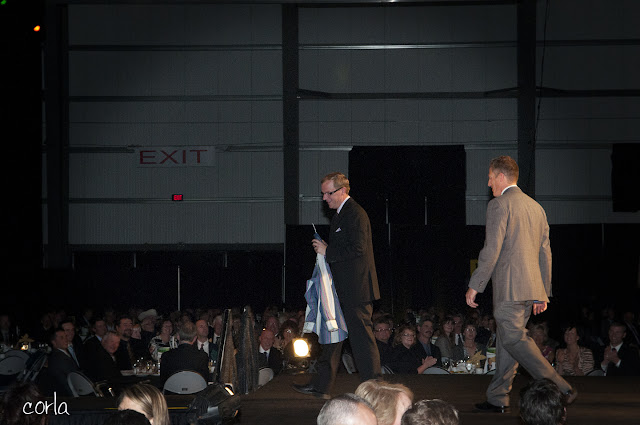 It was such a fun evening and I met some great new people but I also touched base with some friends that I hadn't seen in a while.  One of my best friends Murad Al-Katib from Sask Can Pulse was there.  My friend and fellow photographer Theressa stopped by for a visit and had me come up with them to take a picture of the two of them and Brett. 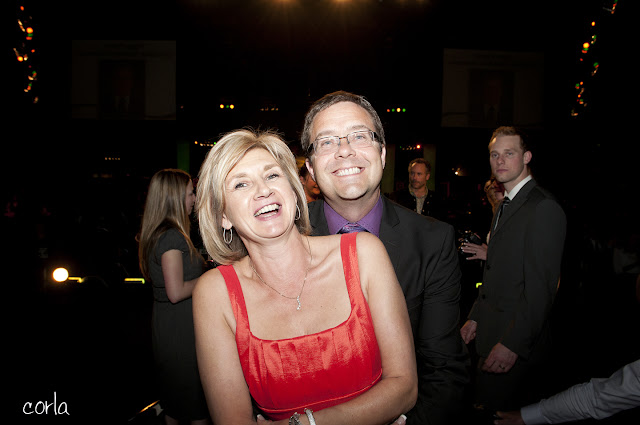 There was a long line of people waiting to meet Brett and he made time to visit and take a picture with each of them.  He really is as nice as he seems! 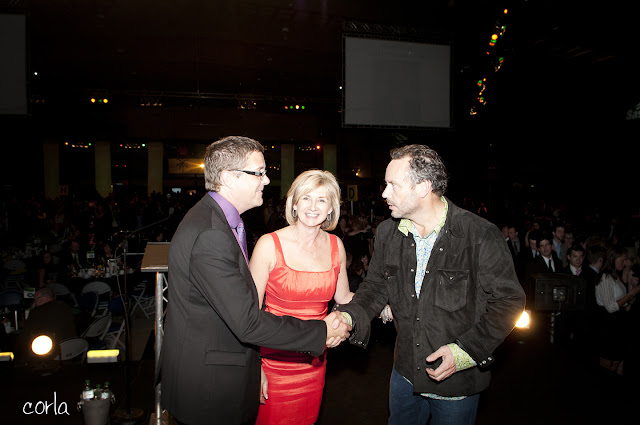 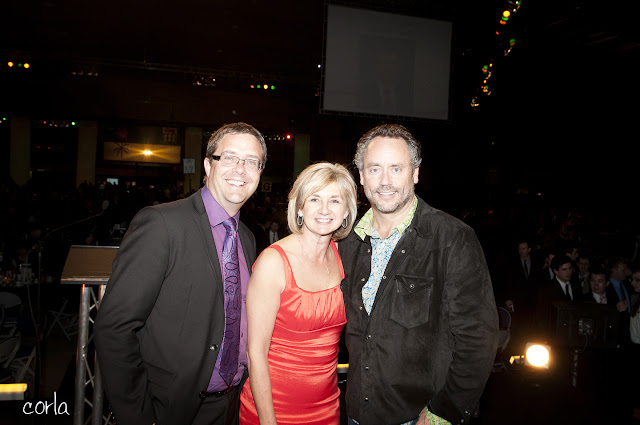 This fellow was in line ahead of me and I am not sure who he is but he waited for me to take his picture so if you know him send it his way. 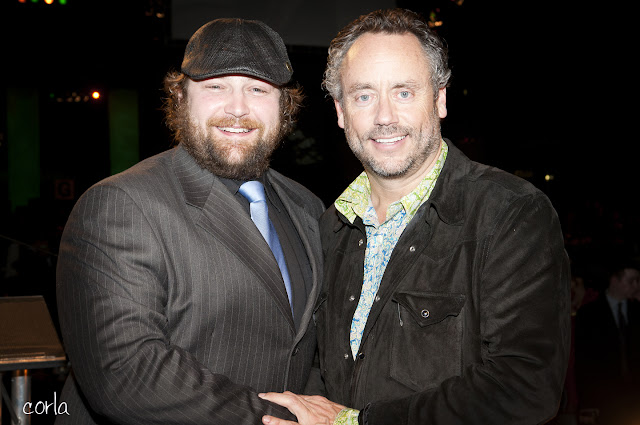 Now for my turn!  I haven't seen Brett face to face since our meeting in the Den.  We have only been in contact through phone and email but he is an amazing business partner and helps me with any questions I have.  I am so lucky that he invested in Snappy Socks! 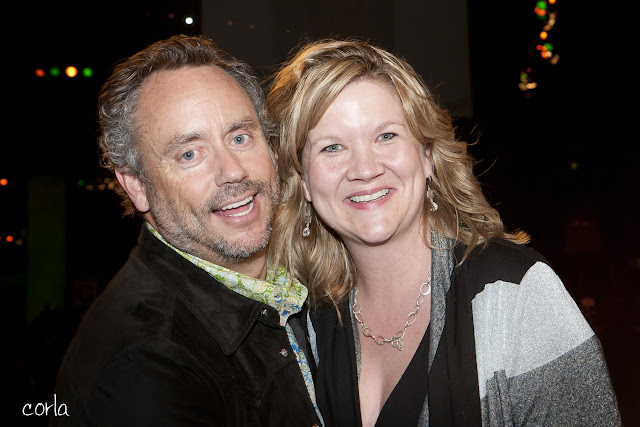 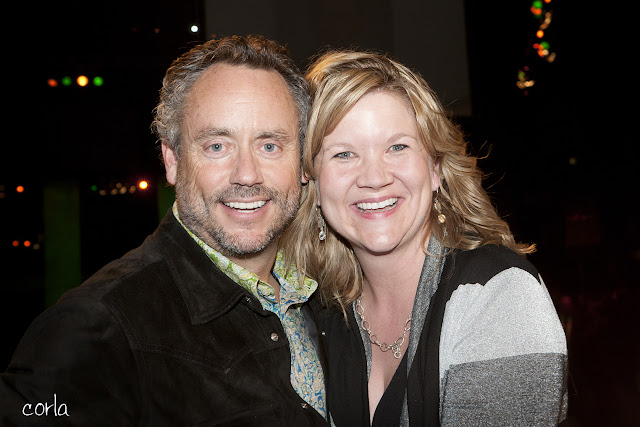 The table cards had our name on them so I had to take it home with me! 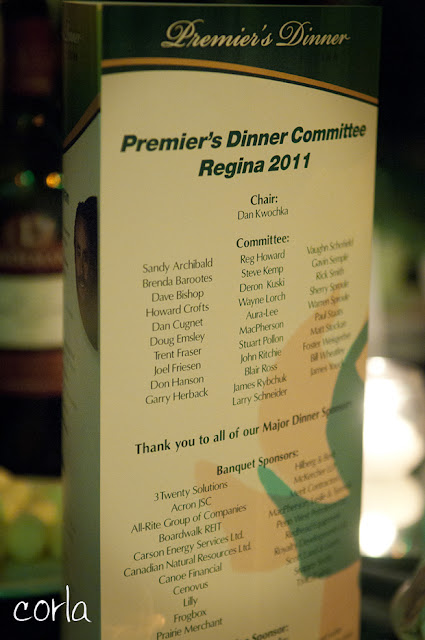 It was a great night and with Pat away it took a whole village of people to make it possible for us to leave town including my awesome neighbour Deb who stopped in to check on the kids and brought them their very own Subway subs!
Our next adventure will be at Brett's Garden Party.  Here is the link to the video from last year's party in Brett's backyard.
Posted by Corla Rokochy at 3:19 PM

AWESOME !!! I love the " With permission from the Premiers Office" after the pictures :) Look at all the high profile things you get to do now b/c of Snappy Socks... You Go Girl !!!