"When is it my turn to go on stage?" Carson has asked me this question probably 100 times this year in anticipation of the finale of the dance season the Dance Recital.  He was especially put out at the rehearsal for the competitions when Olivia and Kelsey got to put on their costumes and dance.
Carson also put his costume on whenever someone came for a visit and wanted to wear it to any fancy occasion.  Now that the recital is over I told him he could wear it any time even to the park if he wants. 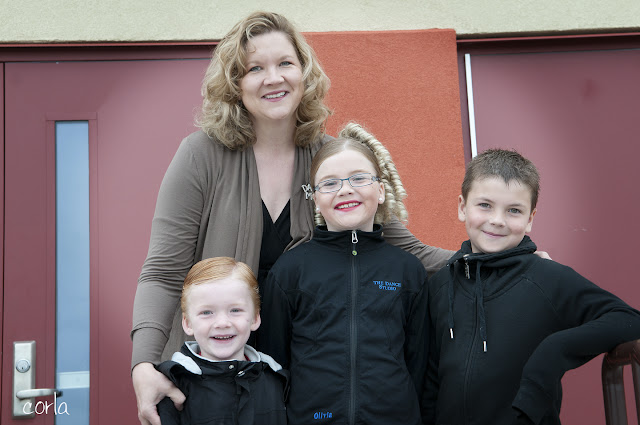 The boys are the only two boys in the school this year but hopefully they will inspire some other to join as they had such a great time and I think they stole the show. (Biassed opinion) 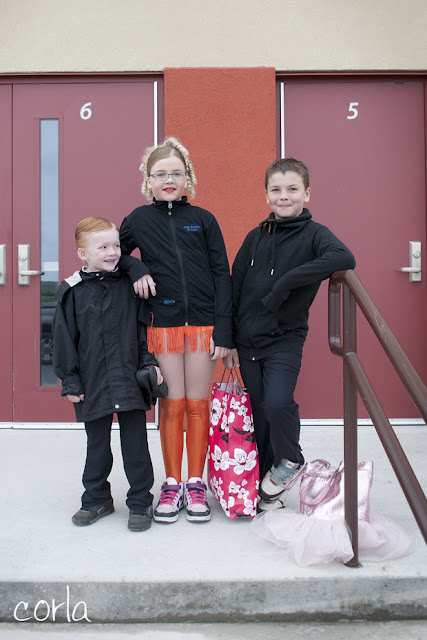 After I double checked that the girls were all changed Kels went to wait back stage.  It was a frenzy of activity. 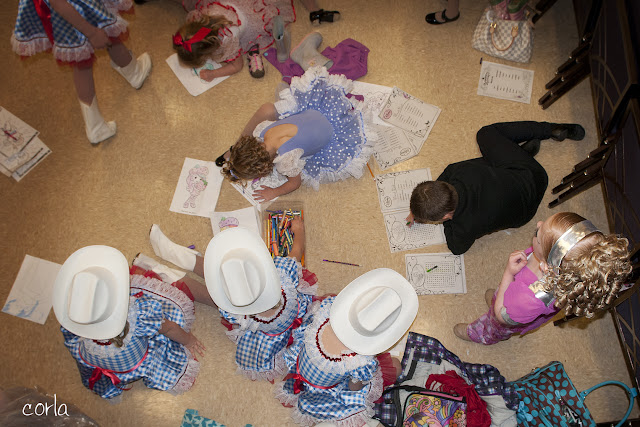 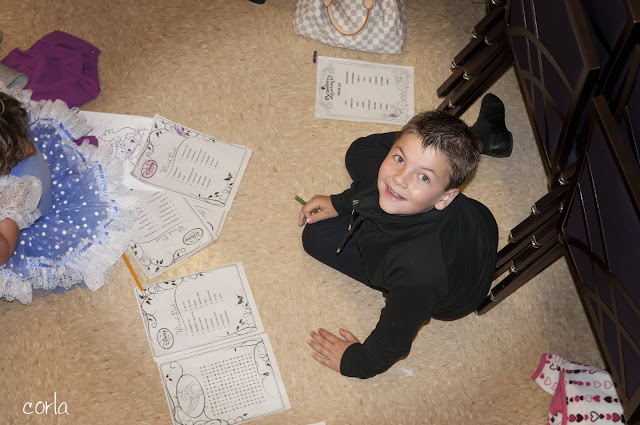 Just about to go on stage.  I helped backstage for the first performance and Grandmas and Grandpa Dad and Ellie cheered the kids on.  I think Ellie would sit all day and watch dance.  She watches last year's video over and over and does some of Kelsey's routine.  She really wants to dance next year but has to pee on the potty first! 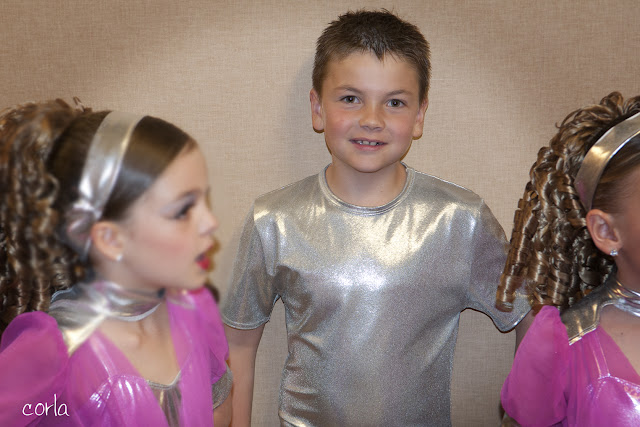 Carson was entertaining the girls backstage as well.  He borrows one of the bigger girls wigs.  It was finally Carson's turn to go on stage.  I asked him if he was nervous.  He said," No I just can't wait to get out there!" 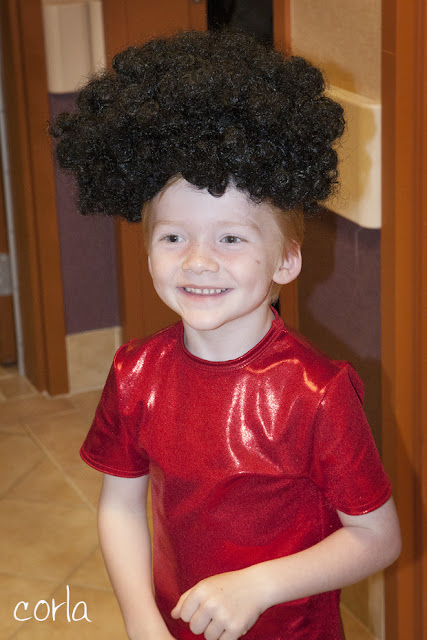 I have to give a shout out to my very first dancing boy Levi who is four in this picture. Dancing to Mambo #5!  He came with me, Kimbi and the kids babysitter Roxanne to the evening performance to cheer on and support the kids. 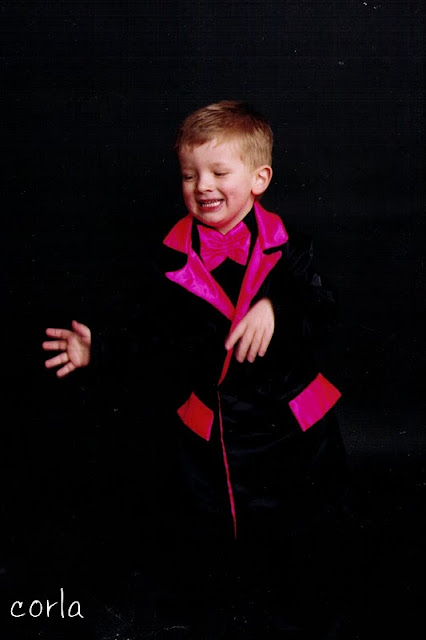 I am so proud of my dancers.  Olivia did an amazing job and can even do her own makeup!  Maybe someday I will be watching them on So You Think You Can Dance Canada!
Posted by Corla Rokochy at 11:16 PM