The end of the season- Dragons Den is a wrap for another year.

Tonight marks the end of the Dragons' Den Season for another year. It was so amazing to have been part of the show and I feel doubly lucky to have teamed up with Brett Wilson, since he will not be returning for the next season.  He was the lead deal making Dragon on the show and when it was all said and done in three years he closed 31 deals and one was with Snappy Socks.  This season was the highest rated ever, with an average of 1.7 million viewers.  Make sure to watch the last episode tonight as they have saved the biggest deals for last. (To us Breast Friends and Snappy Socks were the biggest deals of the Year!!)

So here is the update from Snappy Socks.  The factory is hard at work making 25 000 socks that will cover sizes from newborn to adult.  We have 50 Stores from across Canada that are going to be carrying our socks in their stores.  The first shipment is set to arrive in May, (which will be one year since we taped our episode in Toronto) at which time we will be hosting a product launch at a baby boutique in Calgary and Brett is planning on attending the launch along with me, Patrick and my amazing sales rep Karen who has been working like crazy to sign stores up.  We are already planning our order that will be here in September for back to school and will be running a contest for new designs so stay tuned for that in the next few months. If you haven't already please join our Facebook page for all the latest updates.  Snappy Socks on Facebook.

Brett not only invested his money into the company but also time and expertise.  One of the first things he did for me is set me up with a sourcing company in China called Dunn Global.  They have been instrumental in securing manufacturing and ensuring the design and quality of the socks have been exactly what we ordered and for the best price possible. 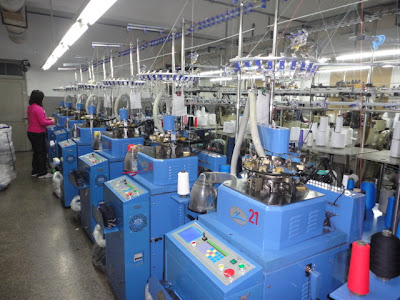 Another great thing about appearing on the show has been getting in touch with other business owners that have also appeared on Dragons' Den.  Rachel from Hillberg and Berk jewelry in Regina is an amazing business woman and is such an inspiration. Marissa McTasney, another Warrior mother entrepreneur, owns a company called Moxie Trades.

Marissa's Products will be on sale at Mark's Work Warehouse.  She held a contest for a tagline for her products on Facebook and I was the lucky winner.  I suggested Moxie Trades All Guts No Balls.  Her ad department tweaked the tag line to be You don't have to grow a pair, you just have to wear a pair.

So now thanks to winning the contest I am the proud owner of a pair of size 10 Pink Work Boots.  I have big plans for the boots and since my signature color is Pink after all I can hardly wait to show them off.  It will take me back to the year I spent as an industrial arts teacher at DHS!  Thanks Marissa so much for the boots and I look forward to being a part of the Dragons' Den Alumni with you and a part of Team Wilson!

Posted by Corla Rokochy at 1:44 PM

Hi! thanks for visiting both of my blogs: http://givingnsharing.blogspot.com and http://familyliteracyandyou.blogspot.com

I'm following you back. Those pink boots are really cute!

visiting from www.talesofarantingginer.com
Thank you for considering my blog for a review. We have become fans of Dragon's Den this year :)

I'm a bit late to read this but enjoyed hearing about everything you've been up to! I didn't know that Brett Wilson wasn't going to be back. That is really disappointing! I was hoping he'd invest in me when I finally think of my million dollar idea...(whenever that is).

Good luck with everything!