We took the kids to the Swift Current Minor Football Shaw Football Jamboree on the weekend.  Despite the gale force winds we had a great time.  There were three players from the Saskatchewan Rough Riders in attendance running drills with the kids.
Our boys' group was the youngest group and Carson by far was the youngest.  I think Kelsey is destined to be a linebacker with his strength and size and Carson is more wiry and could be good in a running position. 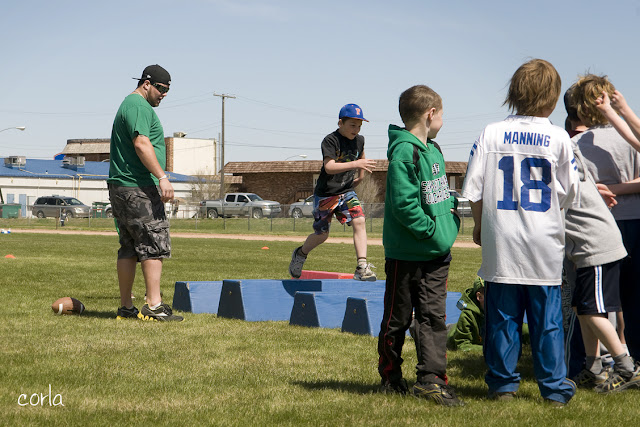 Carson made fast friends with Dan Clark.  He was amazing with the kids. 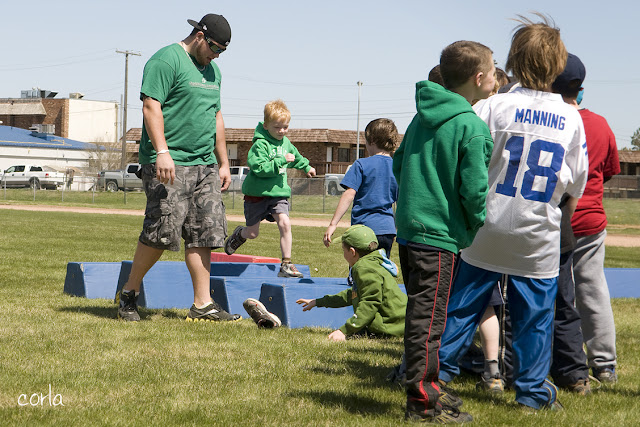 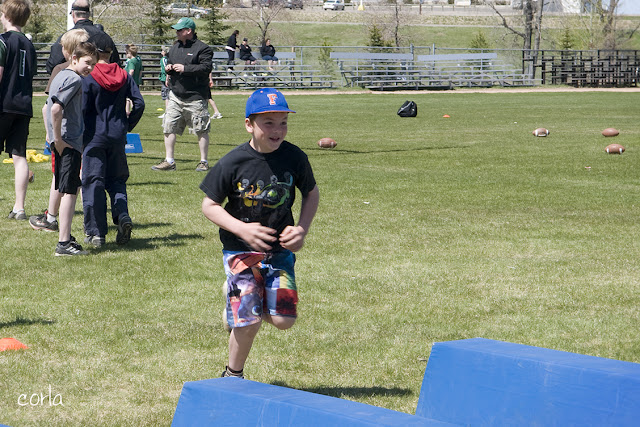 At the last minute he let go of the pad.  I don't think Kelsey was expecting that. 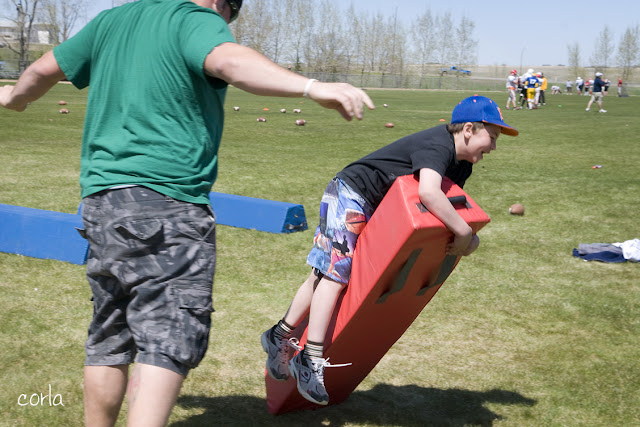 It all looks friendly now but wait for the tackling drill. 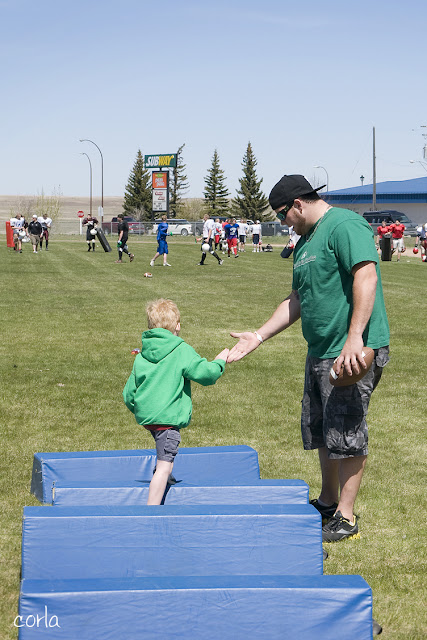 All the other kids hit the pads but Dan let Carson tackle him! 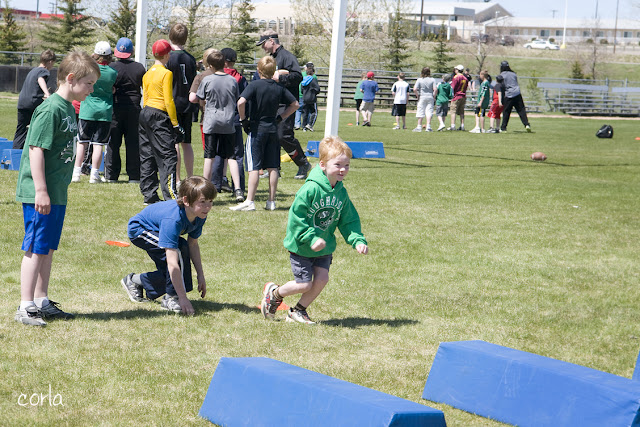 He has a killer look on his face.  Does Dan see all the scars and stitches?  This is one tough kid running at you. 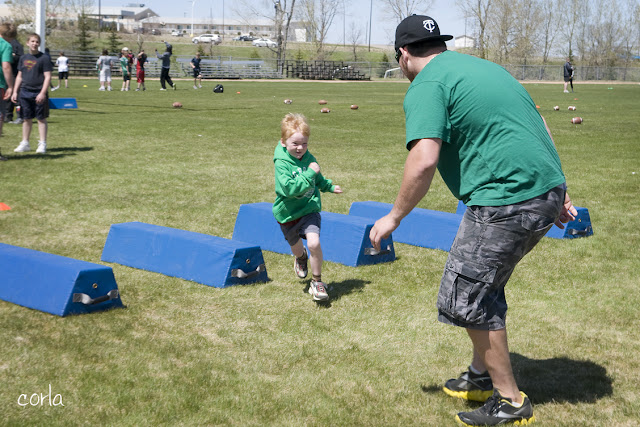 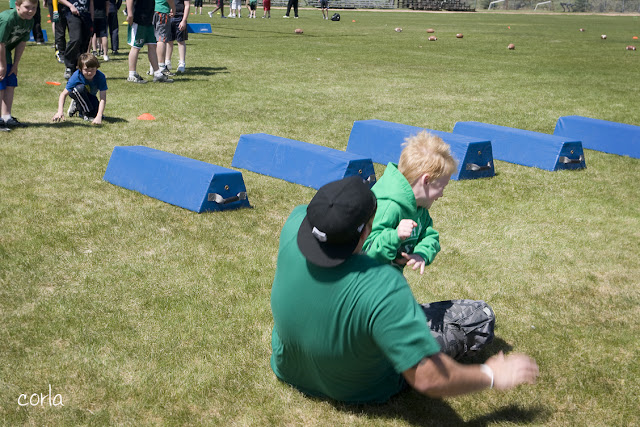 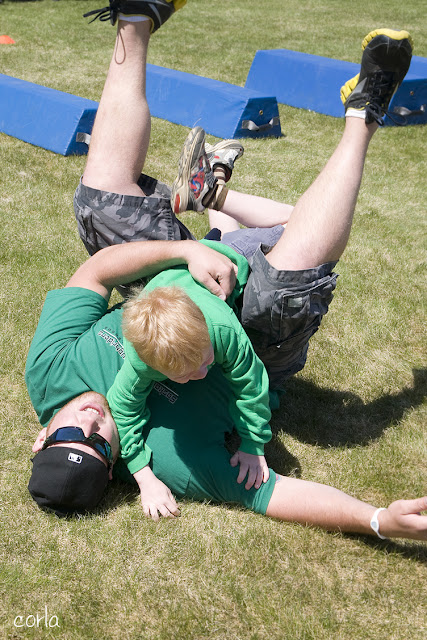 Kelsey must have learned this move from watching Levi play.  This is how I captured Pat back in the day. 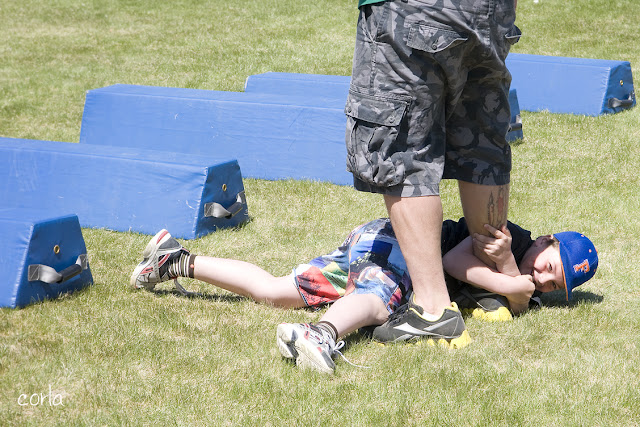 Another tackle by Big Red.  This time he blew a shoe.  At least he is wearing his Snappy Socks. 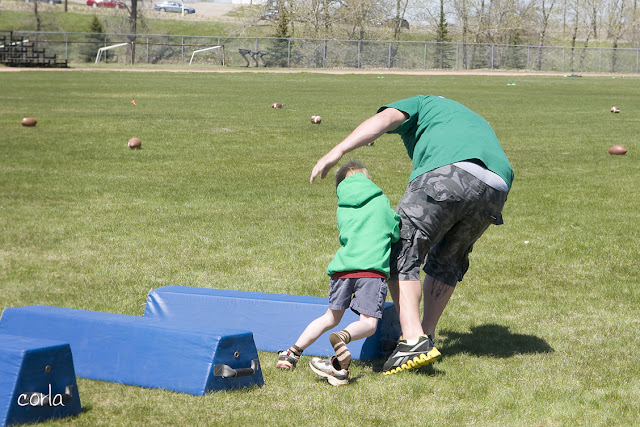 In the game they were split into 3 groups and Carson was on Dan's team.  He decides to pick Carson up and run with him for a touchdown. 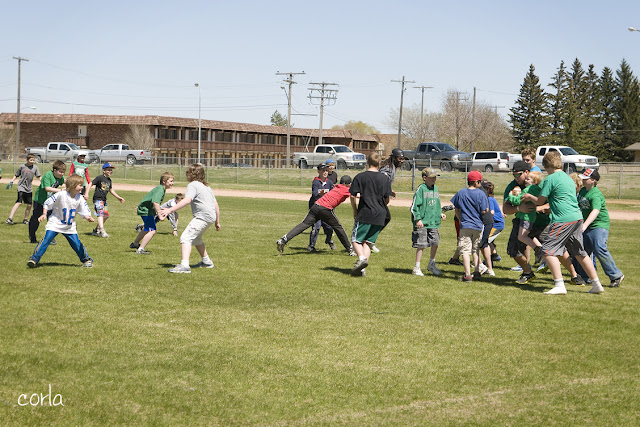 Here is the close up. 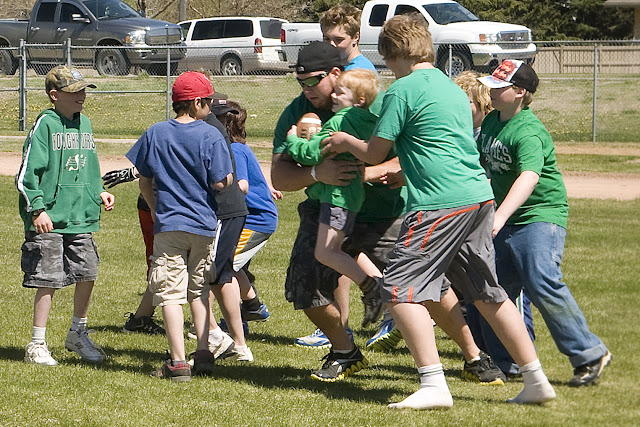 Off they go down the field with the pack following. 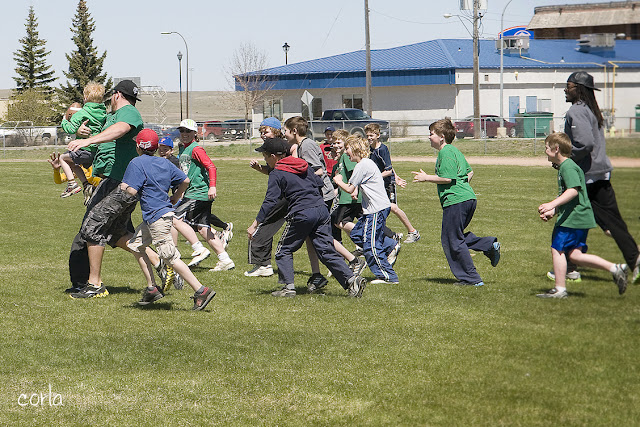 Dad and the girls hung out on the sidelines. 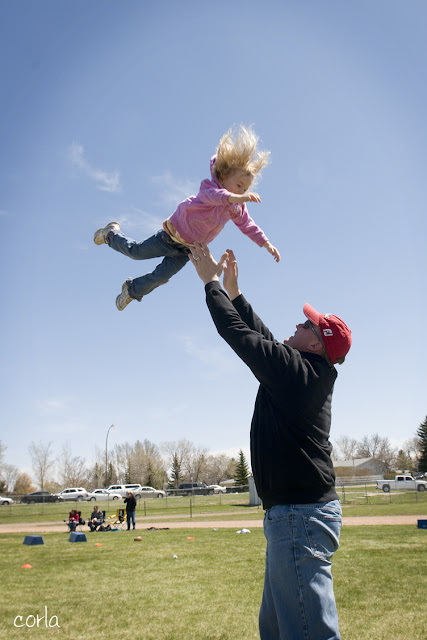 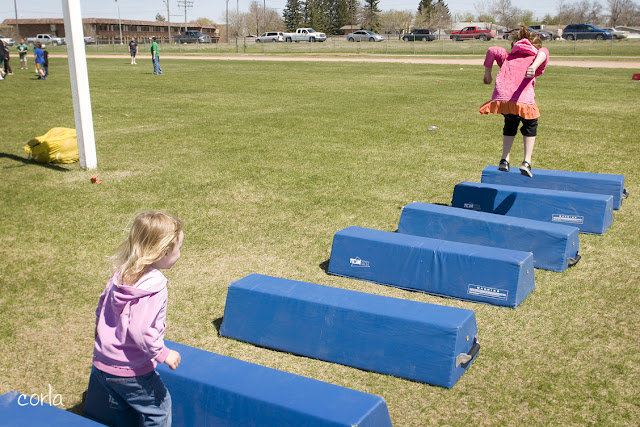 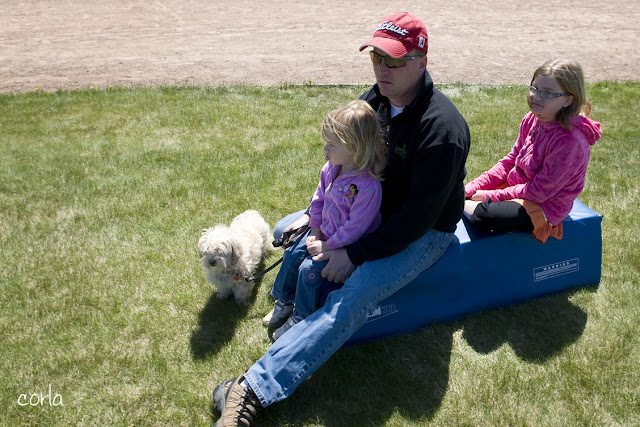 Thanks to everyone involved in organizing and to the Roughriders for coming out and making the day so special for the kids! 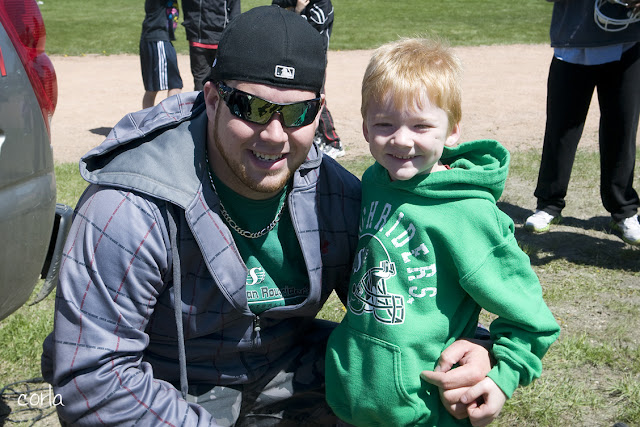 Posted by Corla Rokochy at 1:42 PM