Stay in School and Stay off the Streets

Kids getting ready to attend Kindergarten get to go for a practice day to see their room and meet their teacher and new friends.  My kids weren't nervous about starting school they just got mad when they went for one day and then didn't start the real thing for almost 3 months. 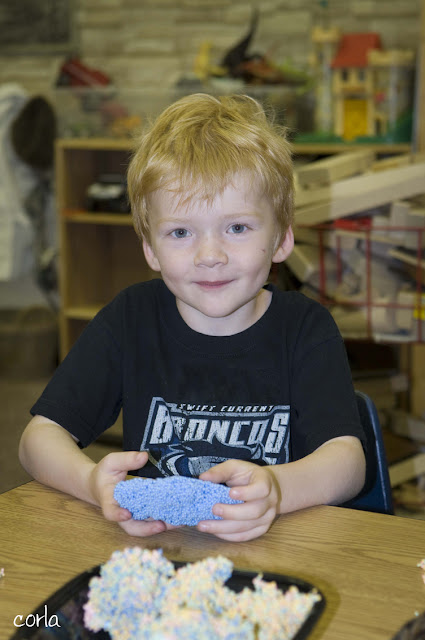 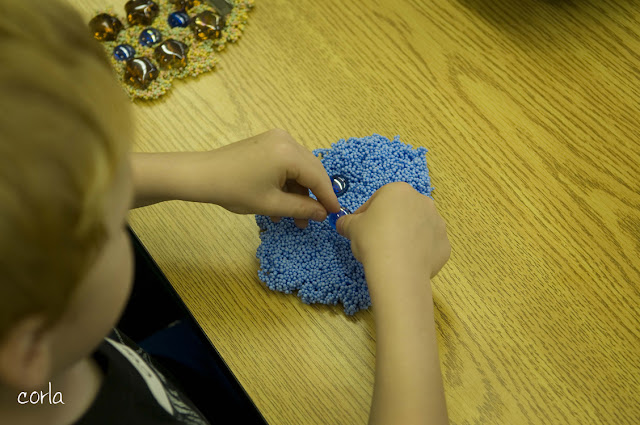 After Kindergarten practice day I took my big boy for what else but a Kinder Surprise!  The big surprise was when it rolled way under the slurpee counter and we had to go get another one. 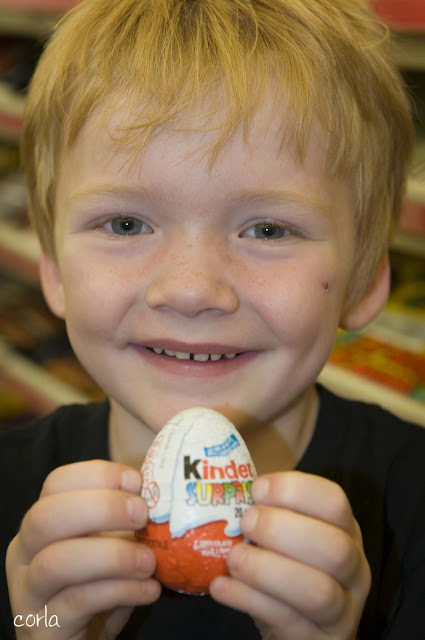 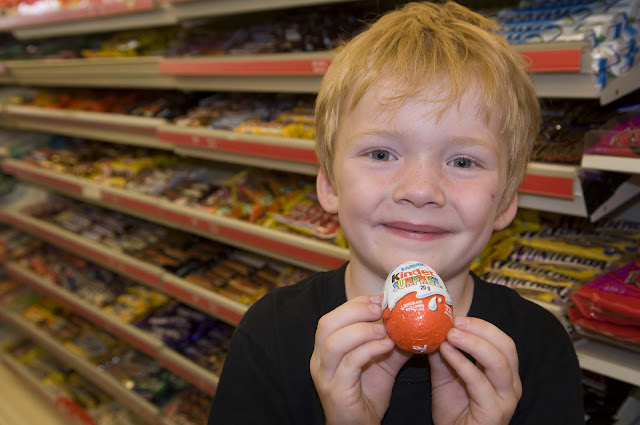 Maybe in Kindergarten they will teach him some outdoor games to play at recess so this doesn't happen again.  While hurrying to finish dance pictures and deliver them in time I left the two little boys to draw sidewalk chalk on the driveway.  Carson took a tennis racket and hit the entire box of chalk onto the street.  Each piece broke into four pieces which meant a lot of chalk for one little boy to pick up. 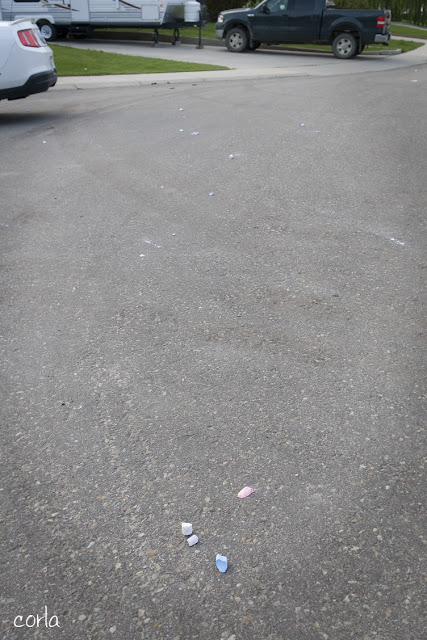 Destructive and decorative at the same time.  Maybe he will start a new trend in the art world.  The tennis racket chalk technique.  What a bad mom I am to stiffle his creativity. 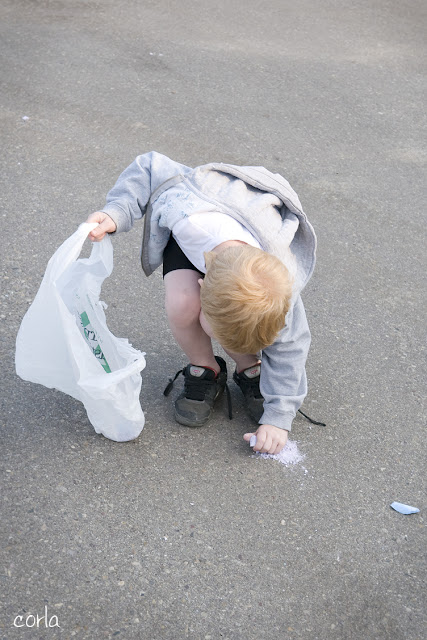 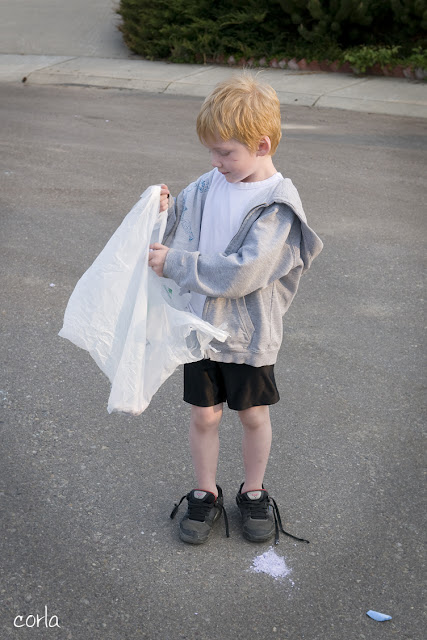 I hope he stays in school and stays off the streets.  I don't think he would look good in an orange jumpsuit with his hair. 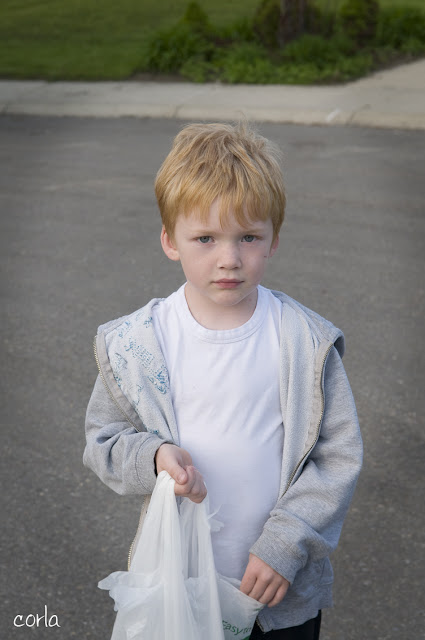 Posted by Corla Rokochy at 8:28 PM