Our show is rerunning tonight across Canada.  It is fun to watch the stats on my site as it first airs in the maritimes so we have had a lot of visitors from those provinces in the last hour.  When our show originally aired in February we did not have our product to sell.  This time and when they air our update in the new season we are ready to ship socks across Canada!

People really want to know how things are going since the show aired.  We had to keep the fact that we got a deal quiet until February so it was such a relief to finally be able to talk about the fact that YES we got a deal with Saskatchewan's own, the lead deal making Dragon, W. Brett Wilson.  Originally Arlene Dickinson agreed to be a partner in Snappy Socks and I was so pleased to have her support but after long discussions with her on the phone we both decided I would be better served with just one partner, keeping 75% of my business and Brett had better connections in the area of manufacturing.  So the Monday before our show aired $25,000.00 was wired into our account and we were official partners.  You can follow us: Snappy Socks on Facebook

It has been an amazing adventure and Brett has not just invested time in our company he has invested in us.  He welcomes comments and questions, he likes to be involved in things like a product launch and is always ready to tweet to 27 000+ followers what you are up to.  He has had us to his home for a charity event, to the Premier's Dinner, he sent my me and my mom to a Power of Women Conference in Vancouver with speakers like Ellen DeGeneres and Suzanne Somers where Brett sweet talked someone into letting us put together Swag Boxes for the speakers. 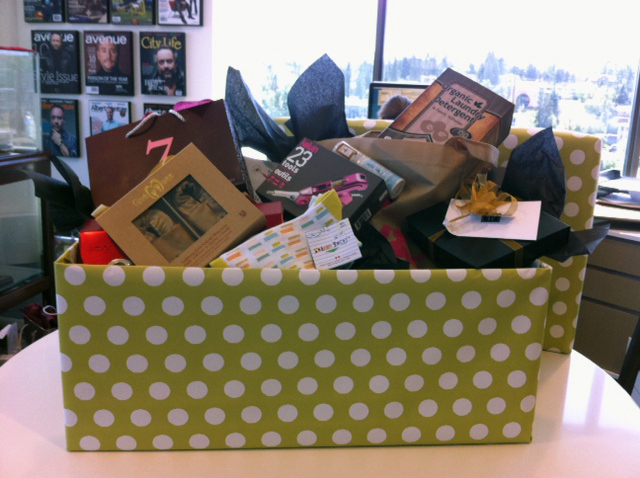 The whole experience from start to finish has been wonderful from the amazing producers who came to Saskatoon for our audition, to the staff in Toronto who made us feel right at home, the taping itself was fun and exciting and the follow up crew and Producer Molly made taping the update lots of fun.

We are stores all across Canada and planning our trade show itinerary to places like Saskatoon, Toronto, New York and Vegas.  We are listed on Todays' Parent Magazine as one of the top Canadian Mompreneurs.  All of this I couldn't have done without my rep Karen who is such a great cheer leader, hard worker and jill of all trades.  Our next adventure is going to be to accompany Brett and a group of volunteers to Mexico to build homes through an organization called Homes for Hope.

We went to Toronto hoping for someone to invest in our business idea but left with Brett as our partner and he has certainly lived up to his nickname, "A Dragon with a heart!"  I know he will be missed on the show this year but we are very excited for his new show,  "Risky Business" Which premiers on Slice on Sept. 12.  Follow on Risky Business Facebook

Posted by Corla Rokochy at 6:10 PM