After two weeks away from home I pulled in to town Sunday afternoon and this was what I fed the kids for supper. After a fortnight, (that's a big word I learned in my University Shakespear class) of being on the road, kids puking, sleeping in the same room with six other people, nursing a 15 month old baby 3 times a night, and nearly 22 hours of driving the last thing I wanted to do was cook. 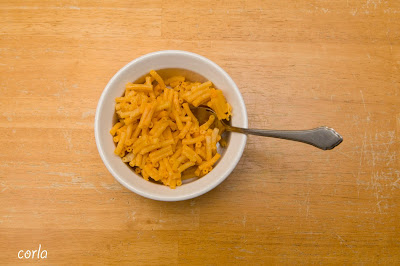 My husband however arrived home from the same "holiday", one day later and could barely contain his enthusiasm. He came home and wanted to try out his Christmas presents. He sounded somewhat like a girl talking about the brands of purses or shoes. He got Kuraidori knives bought from Leigh (formerly known as Mr Value) at Home Hardware in Davidson ,a Henckels frying pan that can go from stove top to over bought from Trish Scentiments here in Swift Current and A set of Paderno pots bought from Jeannie at Golden Ocean in Foam Lake. So we supported our local businesses and Pat is as happy as a clam with his new cooking gear and also three Cookbooks Chef at Home, Best of Chef at Home and one from Diners Drive Inns and Dives. 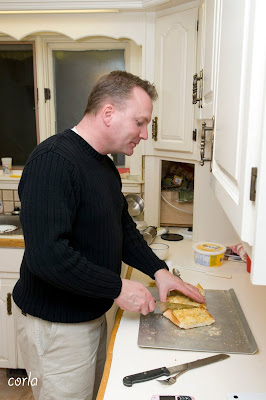 Here is Pat posing to get rid of any double chin while making garlic parmesean bread. 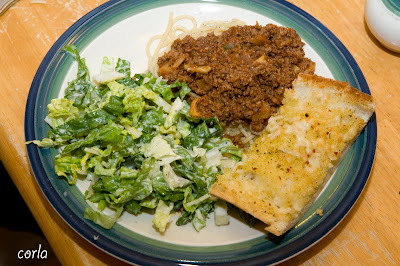 Chef Pat made homemade spaghetti sauce a fantastic ceasar salad and yummy bread. Can you tell which one of us enjoys cooking more? Pat phones home at 5pm and says things like. "Have you started supper yet because I have a great idea." or "I am really in the mood to cook." "I saw something crazy on the Food Network I have been dying to try." "What can I make for you? Challenge me."
Stay tuned for Ukranian Christmas!
Posted by Corla Rokochy at 9:43 PM