Romance In Flannel Pants- A Romantic Tale in Two Parts...Fantasy/Reality

There is a great website called Speckles and Weeds that sells greeting cards that are geared toward parents and are not your typical card.  http://www.specklesandweeds.com/products1.html  I often think of the romantic dinner for 2 card on the site and that was my inspiration for this Romantic Tale.
Valentine's Day is full of mystery and romance but sometimes the fantasy that you have of a perfect day or an unforgettable date may not be exactly what happens in reality.  So here is the story of our special Valentines Date in two parts.  The way we had hoped it would go and what actually happened.
Romance in Flannel Pants 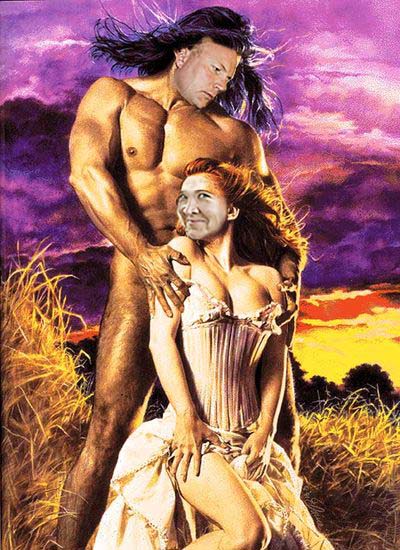 Pat made a reservation at the romantic restaurant Miso House for two, just imagine two uninterrupted hours of handholding across the candle lit table staring deep in his eyes and connecting with his soul.  Real adult food not KD and meatloaf and no one's food to cut up or spilled glasses of milk.

I finished work early and jumped into my two door sports car reapplied my lipstick and went to pick up Pat's gift a brand new set of golf clubs.  (In reality I slid into my absolutely messy mini van and drove to Pik a Deli to buy a coffee chocolate chip muffin which is a gift to get for the man who has everything.  Then signed him up for a two year contract at the gym.  Yes muffins and gym memberships.  Nothing says "I Love You" better.  When I got back to the van the dog had barfed up yellow bile on the seat.  Well at least she missed the bag of muffins that was on the floor.) 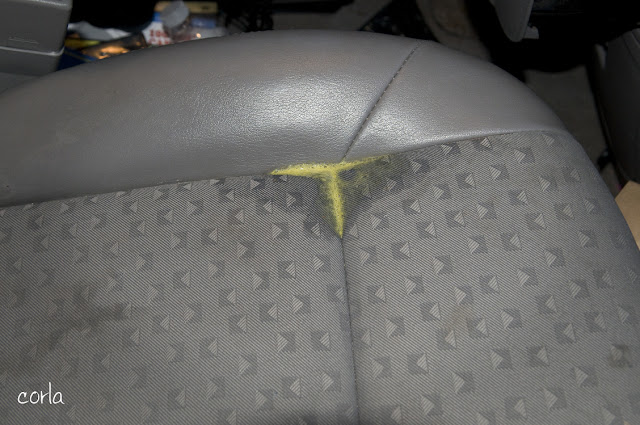 Patrick had the kids at home, the house cleaned, kids fed and Levi volunteered to babysit and said, "Stay out as late as you want, you guys are the best parents.  I love you and have fun, you deserve it!"  Ellie smiled and waved goodbye from the bathroom as she had just potty trained herself.  The kids gave each other a hug and said I am lucky to have so many siblings!  (Levi informed us he had his science fair project due the next day and refused to babysit.  He had to go to his friends house and work on the experiment and his friend couldn't come over as he had all the materials there.  He told us what he thought of babysitting all the time as the kids screamed, "We don't want Levi to babysit, he is so mean. " Levi texted a friend to babysit for him and then texted us to say he found someone even though we were five feet away in the kitchen.) 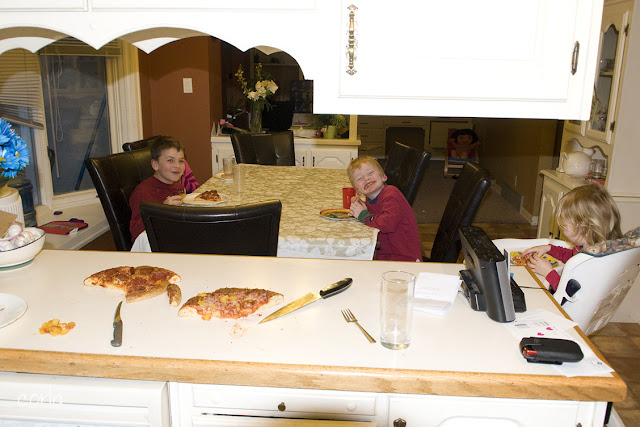 Meanwhile at Miso House....... Pat and I laughed and told stories.  He fed me with chopstick as I am not very good with them but after he gave me a lesson I was eating the sushi like a pro.  We shared our hopes, dreams and fears.  We sat quietly between courses and sipped our wine.  ( Ellie bawled for an hour as she refused to say, "sorry" for something that I can't even remember today what but she is super stubborn.  Pat decided to cancel the reservations and I suggested takeout but he said Miso was so busy he had barely got us in so they would have no time for take out.  He made Levi a sandwich and sent him off to do work on his science fair without his phone, and then made a mad dash to the store for food and wine to make us supper) 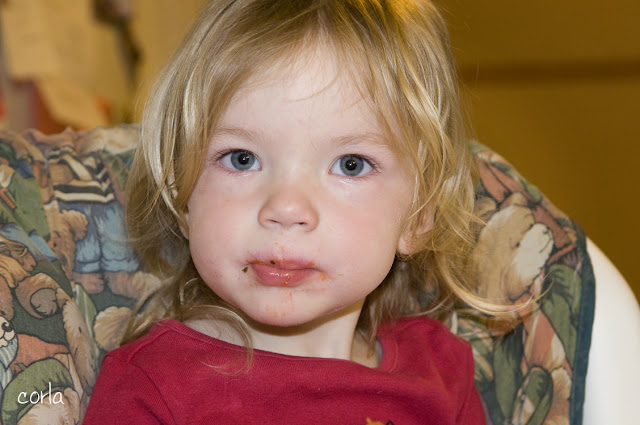 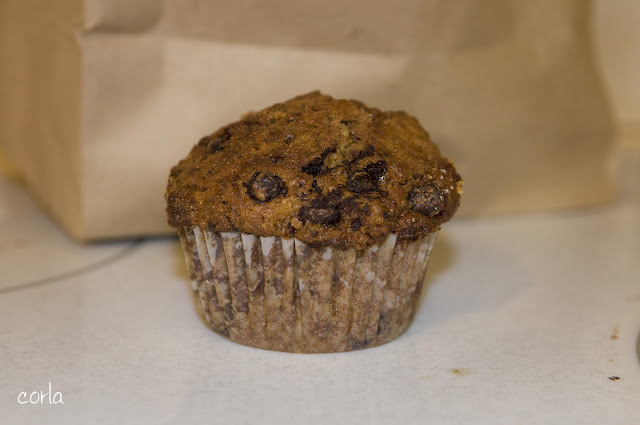 The ingredients for what Pat considers a nice light supper at 8pm.  It was amazing.  (That part is reality) 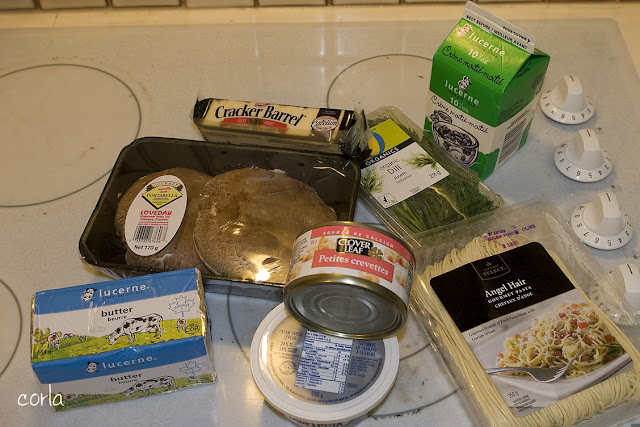 I have never seen a sticker wine like this.  Just to remind you yes wine has alcohol and this one is 15.5%!  I wasn't sure if they were warning or bragging.  Either way it was awesome. 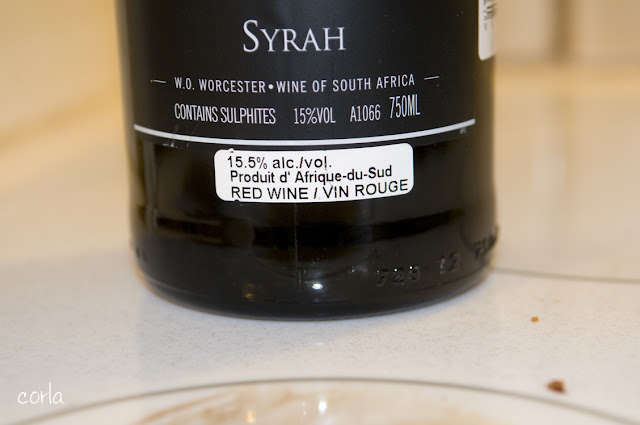 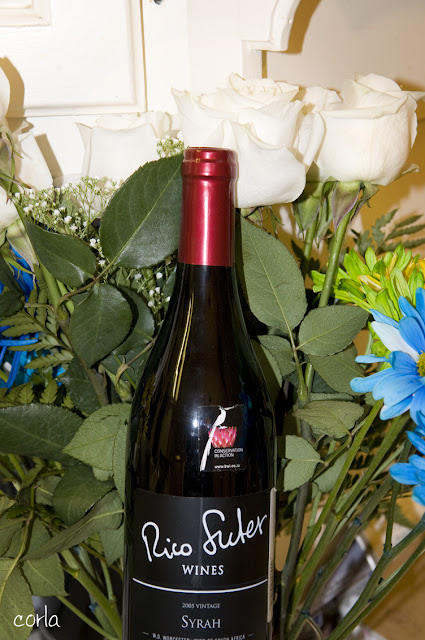 The cute cookies that the kids made at the babysitters. 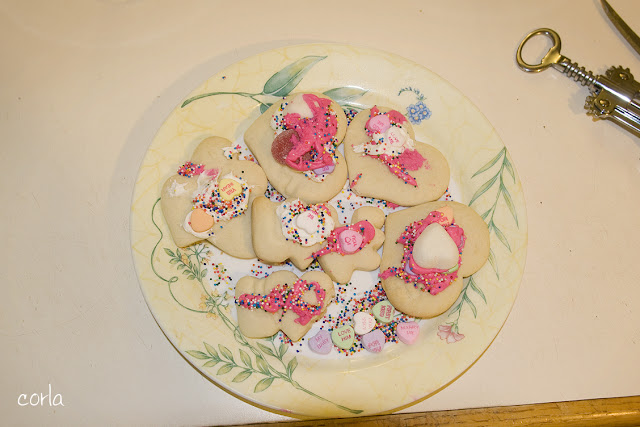 Meanwhile back at Miso house........  We had sat and ate and laughed and ate and talked and ate and drank wine and ate some more.  Pat told me that my eyes sparkled in the moonlight like cascading pools and I told him I loved him more everyday since we had met.  We exchanged Valentines cards and laughed as we had each chosen the same one for each other.  So like the two of us.  Connected on a deep level like Bella and Edward.  We realized we hadn't checked on the kids so sent a quick message to which we got a speedy response, "Everything's great and the kids are all asleep." (We finally got to eat at 8:30 and every five minutes one of the kids came down to tattle on the other. She's watching tv, he hit me, Daphne pooped in your closet.  And you would think taking the teenagers phone would ensure that he was working and not bugging us but of course his two friends have blackberrys and he can send 22 messages and 4 phone calls asking for more time.) 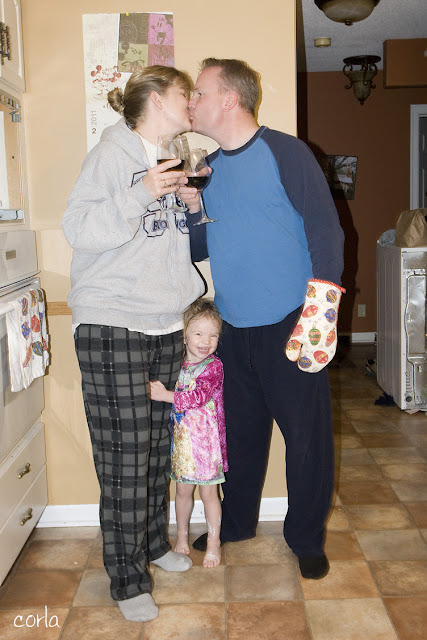 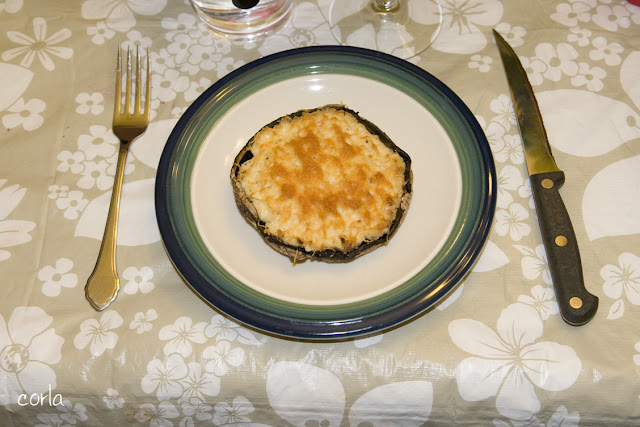 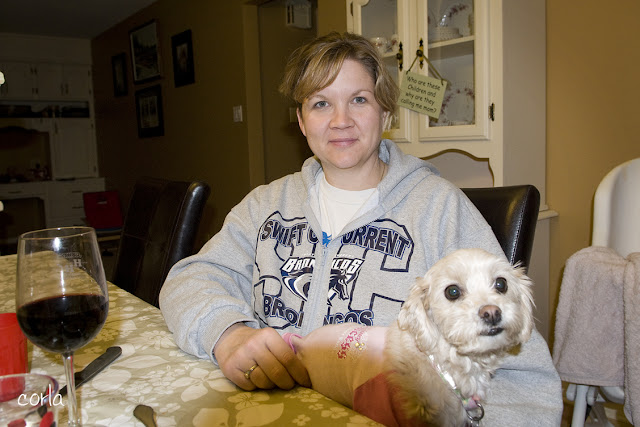 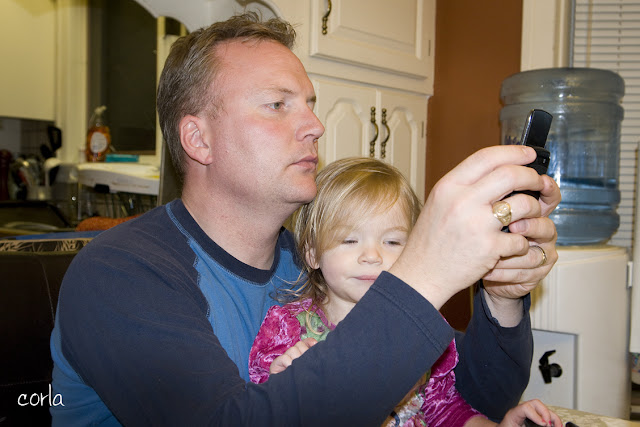 Supper angel hair past with seafood and tomatoes. 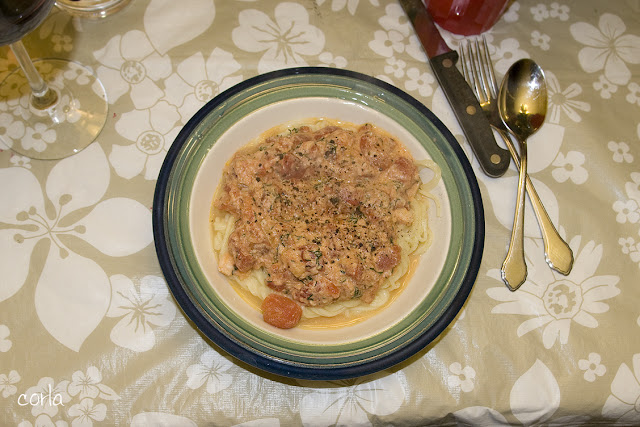 Meanwhile back at Miso House......  Pat had arranged for a horse drawn carriage to pick us up and take us home.  The kids were all fast asleep and there was a trail of rose petals leading upstairs.  A box of lingerie was waiting at the end of the trail of roses.  It was lacy and lovely and a size 4.  Even though it was a bit big it looked amazing.  Then a bunch of stuff happened that involved waves crashing and quivering flesh and yadayadayada.  (We finished up supper which I have to say seriously was amazing as always.  Then dressed in our favourite flannel pants and my 3x Broncos Tshirt/nightie I fell asleep at the bottom of the bed while watching the Food Network to be awoke an hour later by Pat's snoring as he too had fallen asleep.  And with all good intentions we slept through the alarm and didn't go to the gym for our first day of a two year membership.)  And that is the end of our romantic story........Romance In Flannel Pants.
Posted by Corla Rokochy at 3:30 PM