You think after having five kids I would be used to waiting nine long months but it felt like forever.  We taped our segment of Dragons' Den May 13th and it finally aired February 2nd.  We celebrated by watching the show for the first time with our family and friends at the Modern Restaurant.  My mom drove all the way from Davidson which made it very special!
You can see the full episode and our segment at CBC's website.  Dragons' Den   It's episode 14
or if you are out of the country and can't get the feed here it is on You Tube
A new dress for the occasion. 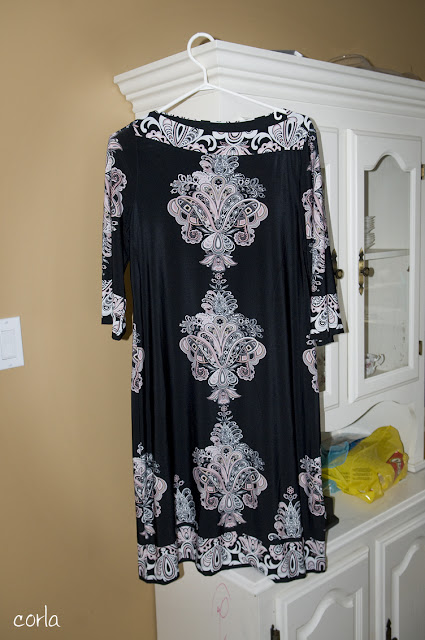 Went and got my makeup done at Merle Norman as all the makeup has been smudged on the walls by Ellie. 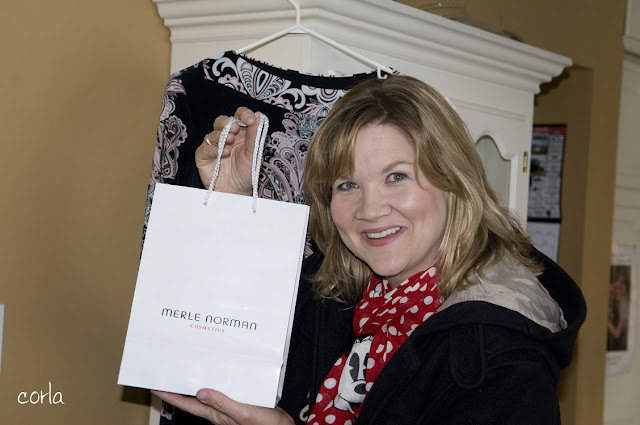 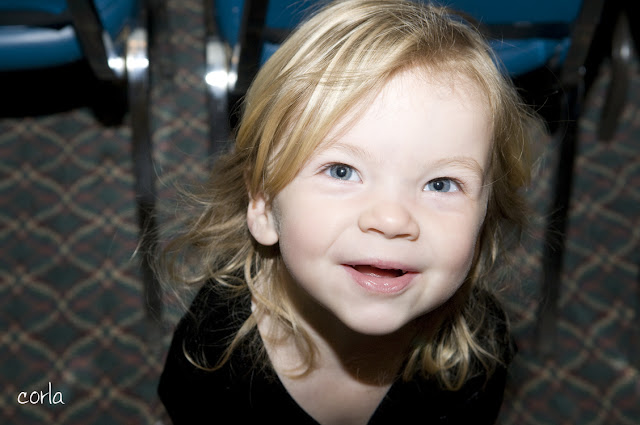 Kelsey and Carson wore their outfits from the show.  Pat put on a pink shirt to match my dress and in all the excitement we didn't even get a picture together. 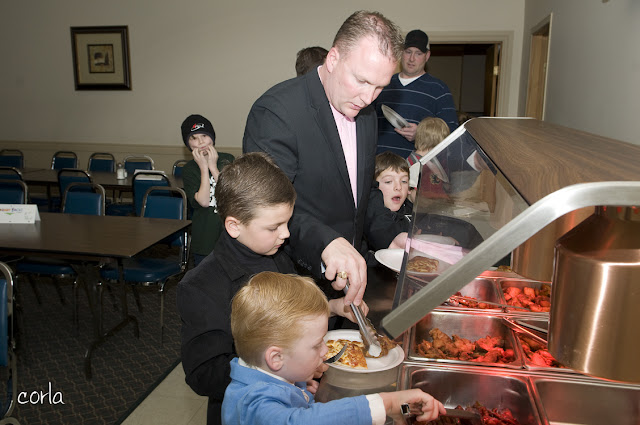 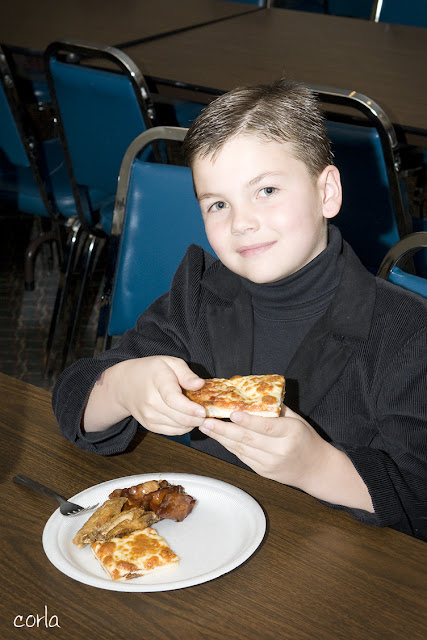 The pop is starting to kick in. 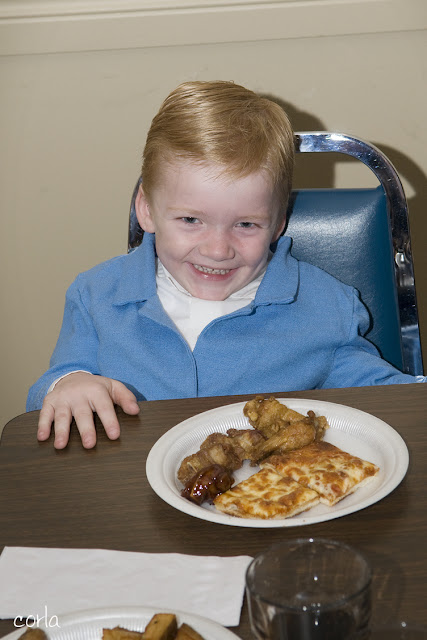 Pat spent a ton of time organizing the room and wiring in the cable to the projector.  He laid out socks and the posters and the article from the Davidson Leader.  I am one lucky lady to have such an organized guy taking care of me. 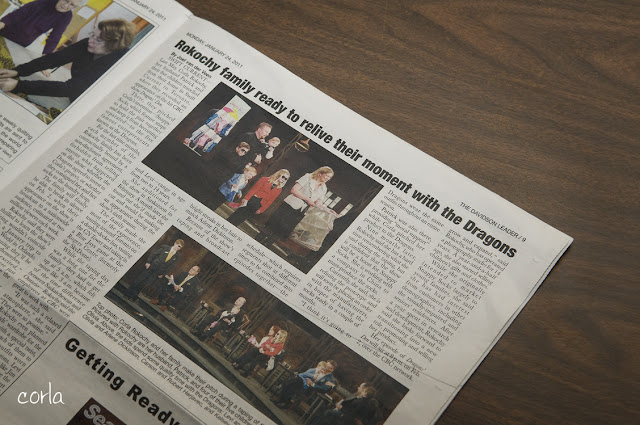 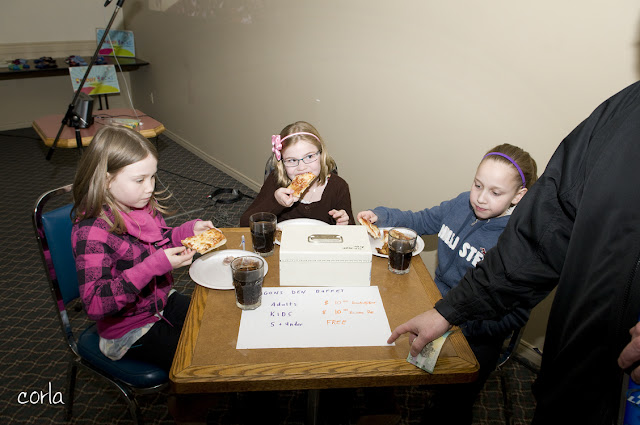 Gather round it's almost time! 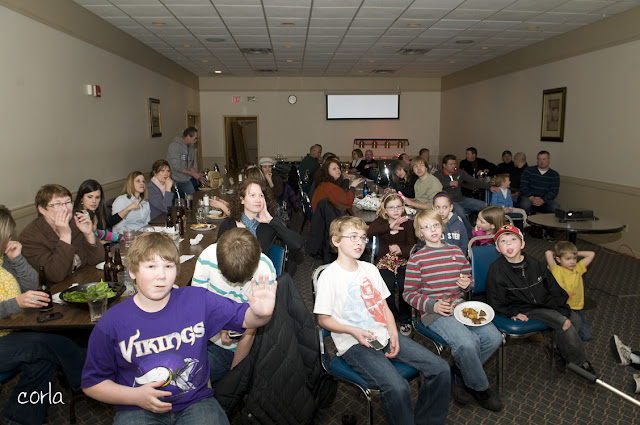 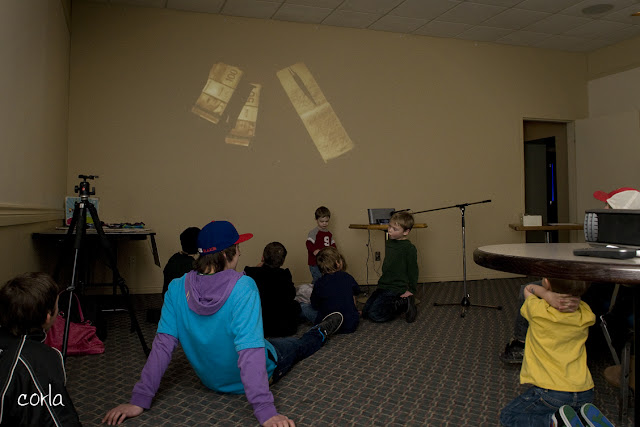 I even got flowers from my awesome account manager at the Credit Union. 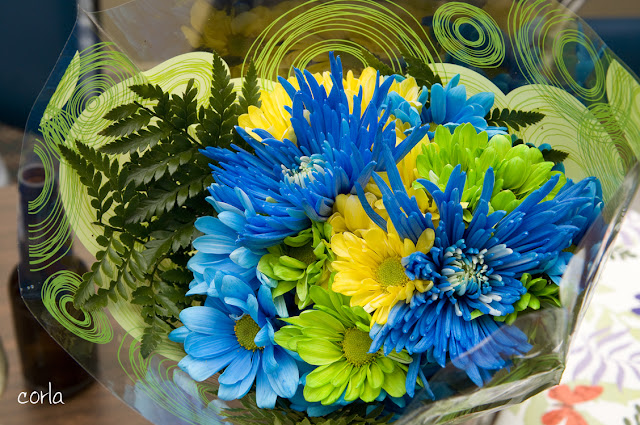 Our friends drove all the way from Red Deer to surprise us!  It worked we were surprised. 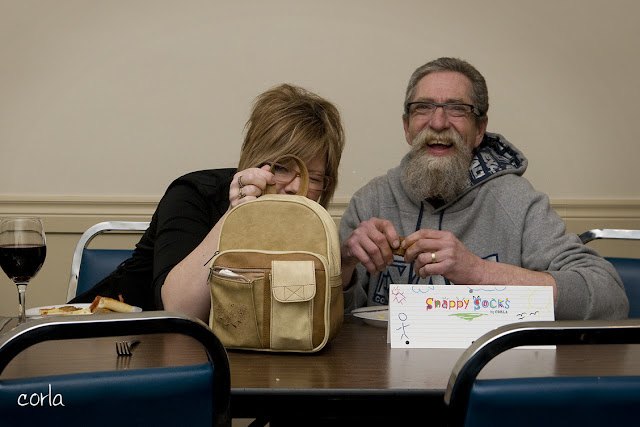 Since the show we have received hundreds of interesting emails and positive comments.  We have been contacted by over 40 stores from across Canada wanting to carry the socks.  I have also received emails from as far away as Israel, Chicago and Poland all of people who have watched the show.  It has been amazing.  We have also been in the media.  I lock myself in a room to talk on the radio or do a newspaper interview which I have done in my robe and slippers while Pat watches the kids but Southwest TV news wanted to do an on camera interview so I did a behind the scenes video of getting ready to tape that interview.


Here is the final product.  You can hear Ellie talking in the background.  FYI my Dad is actually Cliff Shaw but Uncle Wayne did call to tell me how proud he was to see me on TV and I have had a lot of people tell me I take after my Dad!

Posted by Corla Rokochy at 5:36 PM

Congrats on the show and success of your idea!

When our three girls are tucked in bed, my husband and son and I love to watch DD and were very impressed when we watched your segment!

As a fellow mom, photographer and blogger, we have a lot in common and I'll be following from now on!