It was a heartbreaker that's for sure, but in the end the old green and white had a great season and gave us a lot to cheer about!
Our great friends invited us over to their house for a Grey Cup Party. The guys had a briliant idea at breakfast to show up at noon and throw a tailgate party in front of our hosts' house with a barbque, deepfryer, picnic tables and the works. We had such a good time with honks from cars passing by, the neighbors dropped by for a visit and a game of catch broke out on the street. 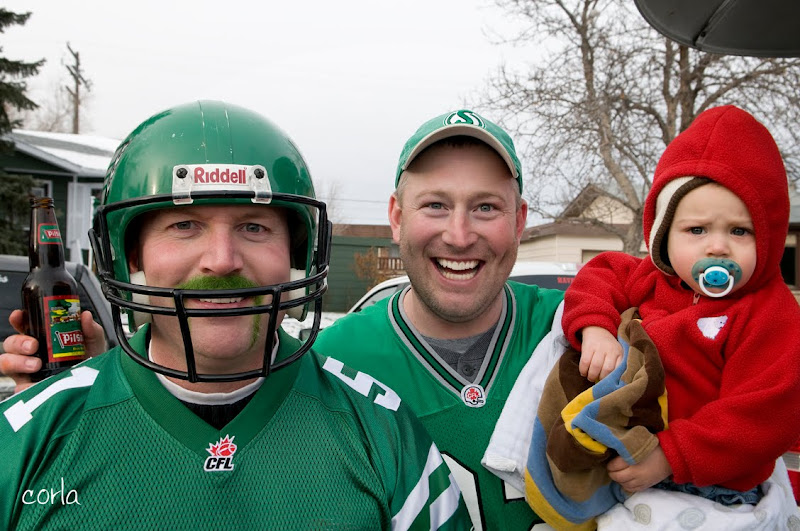 Do Not adjust your monitor. It is a green stash! 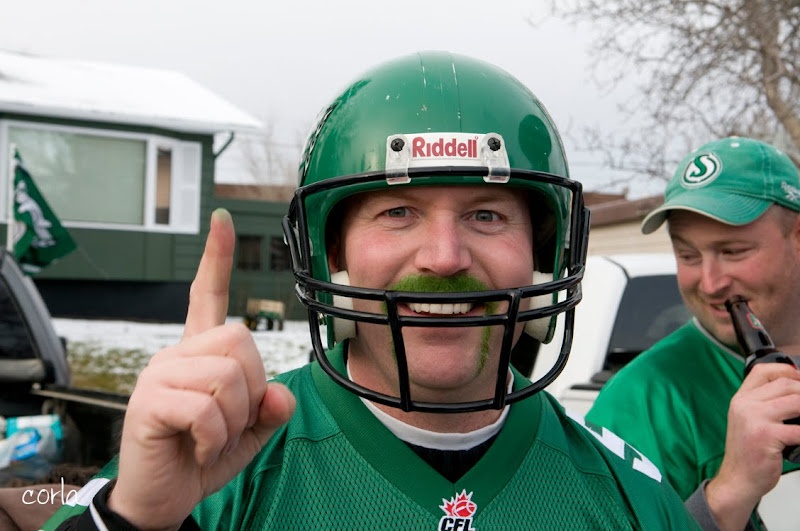 Back off Ladies...He's all mine! 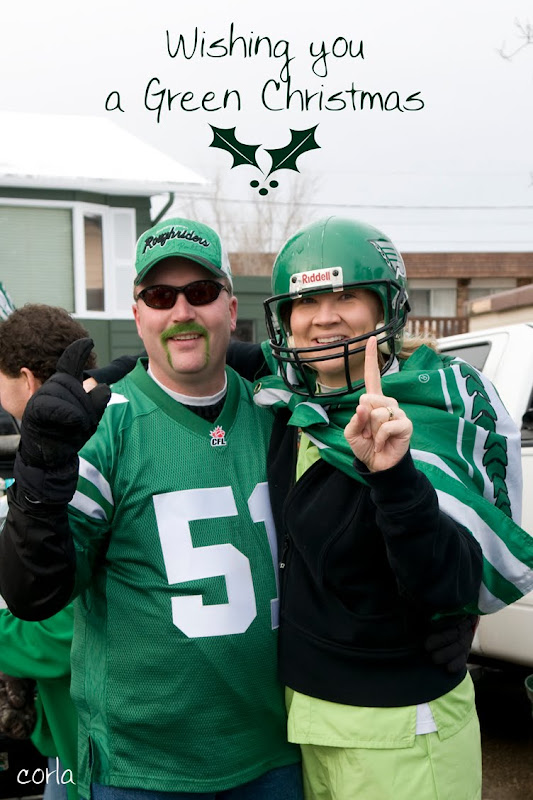 We were thinking of doing a Christmas card with just the kids. Maybe this one will be from Pat and Corla! 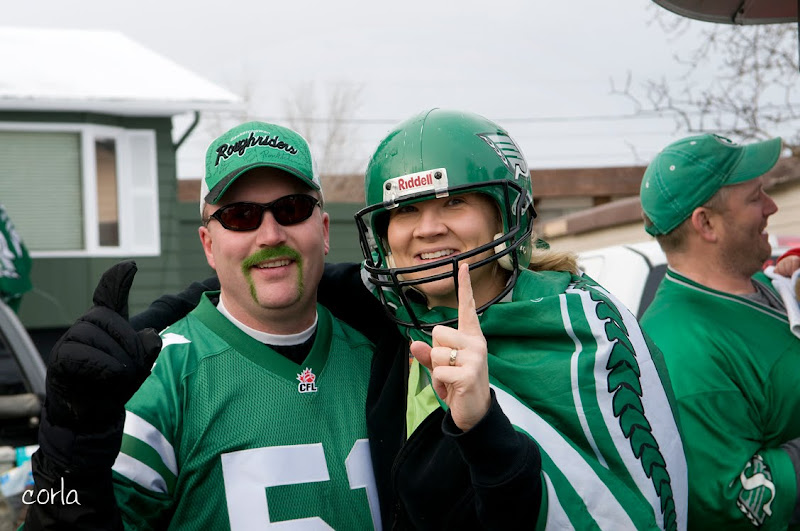 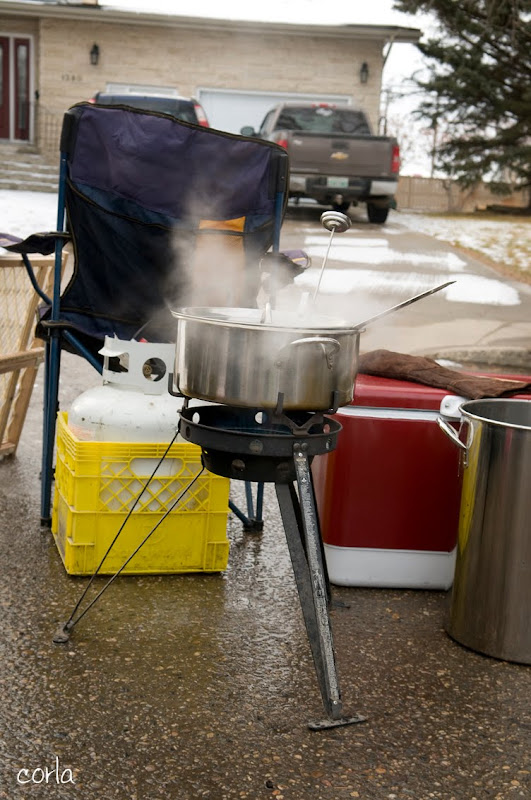 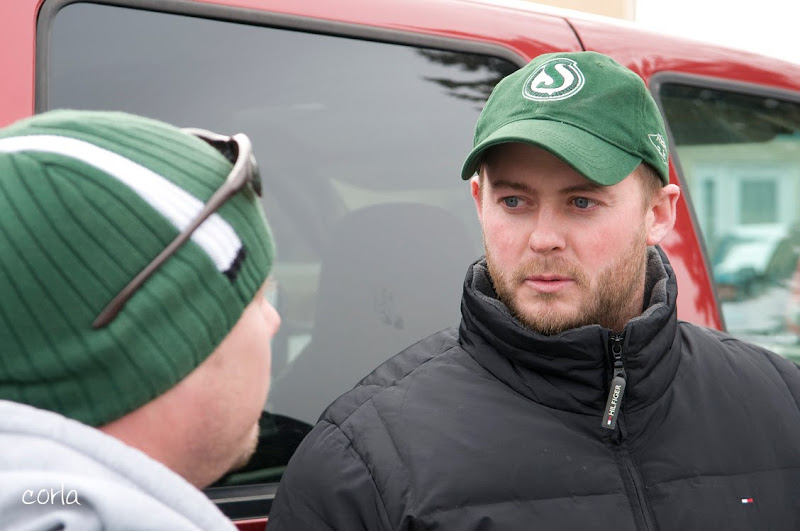 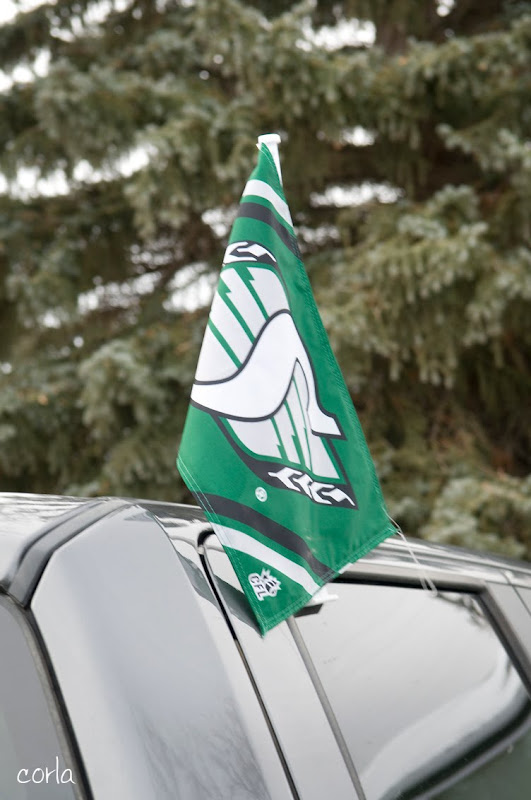 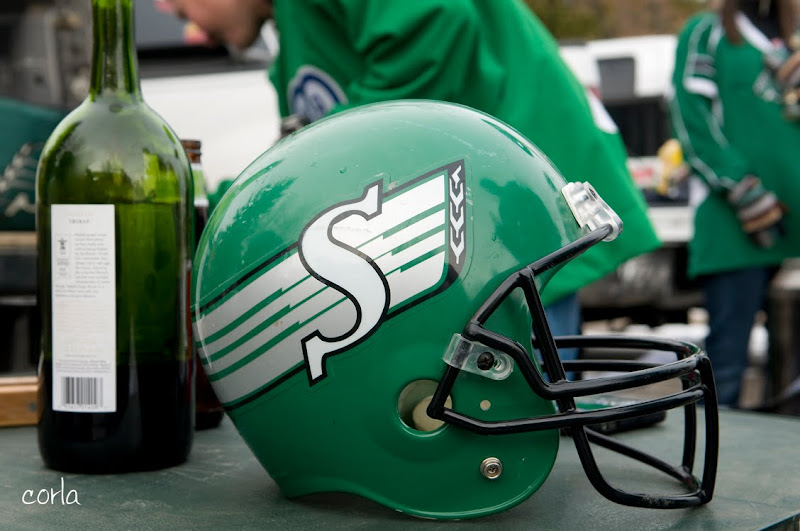 Take my advice don't take red wine to a tailgate party in November it doesn't stay room temperature and everyone will just make fun of you. 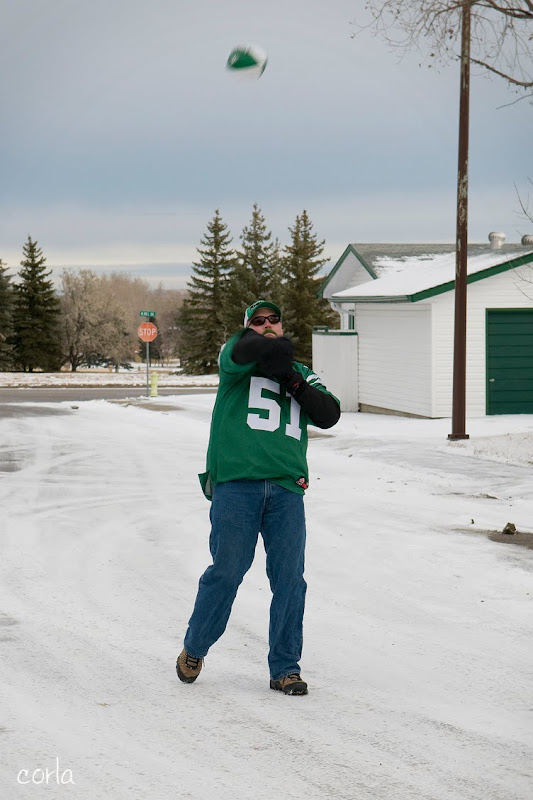 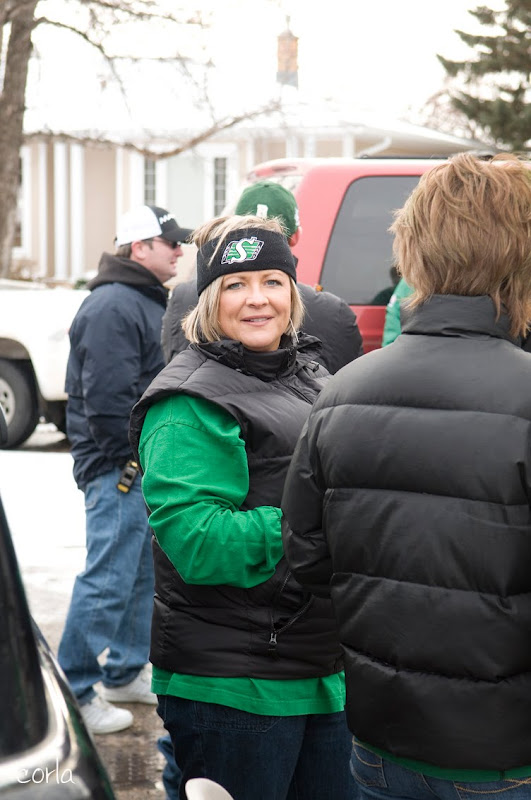 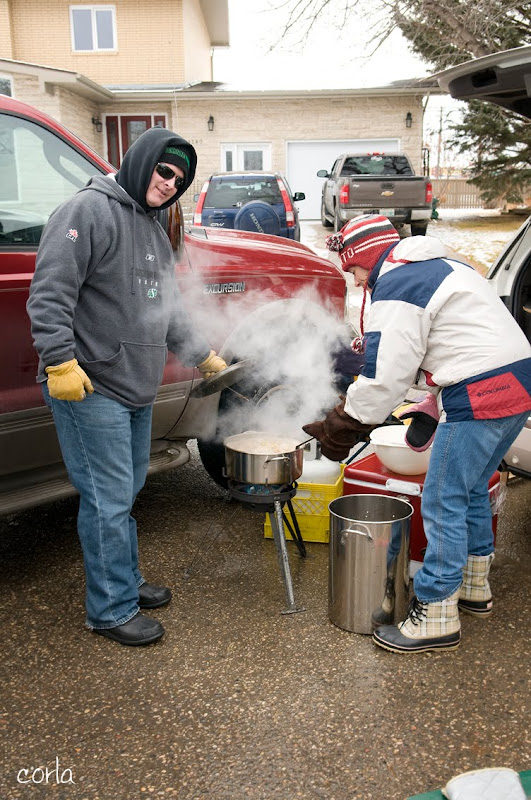 You will never have a lack of friends if you own a travelling deep fryer and bring along a million wings. That's why we love you. 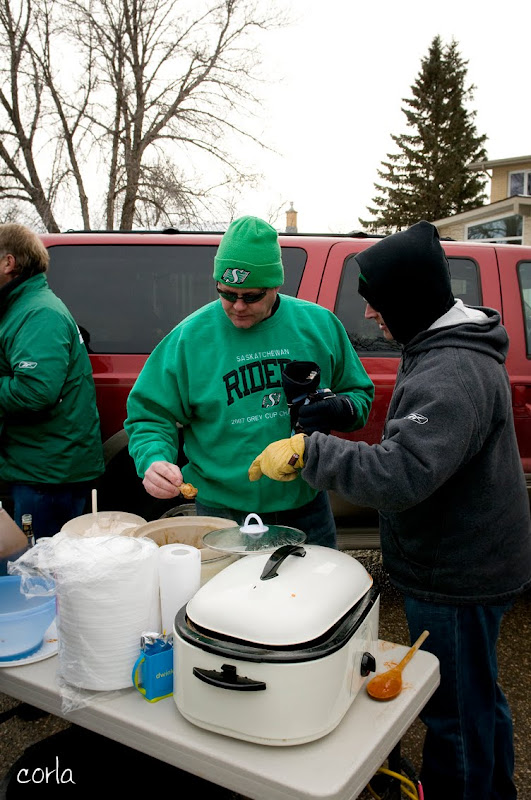 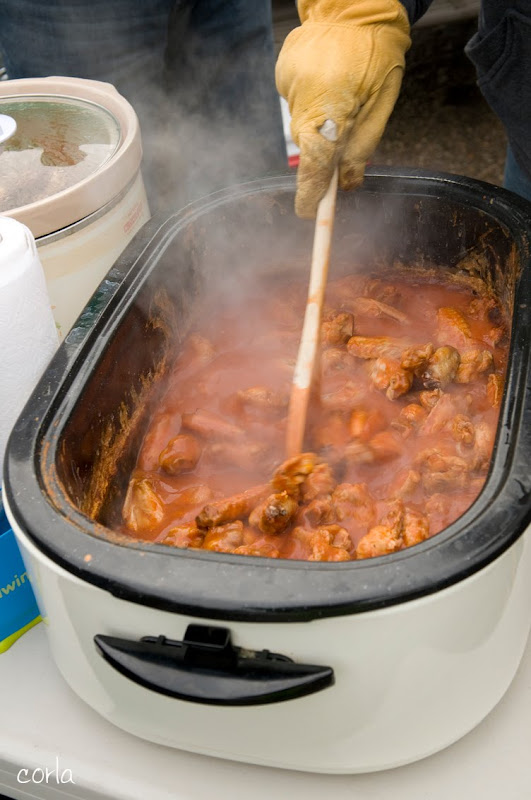 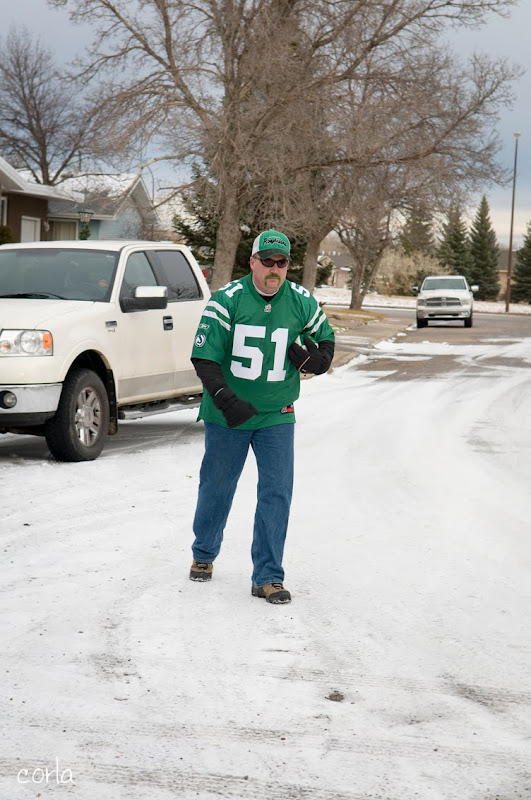 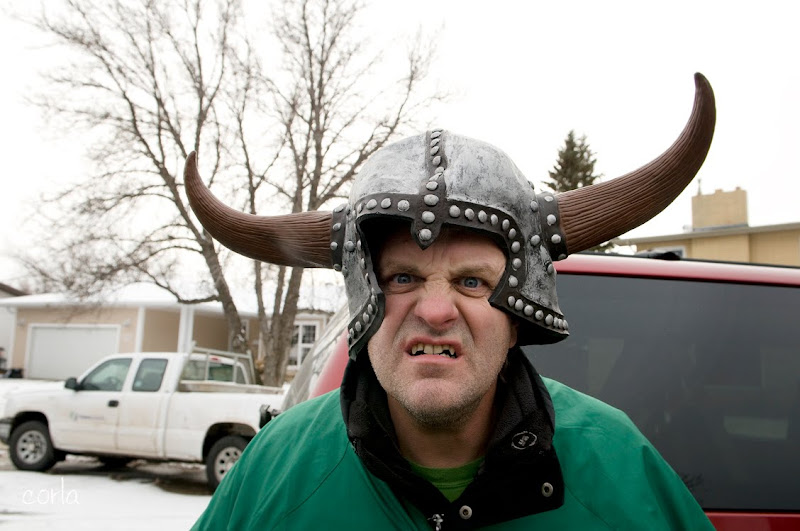 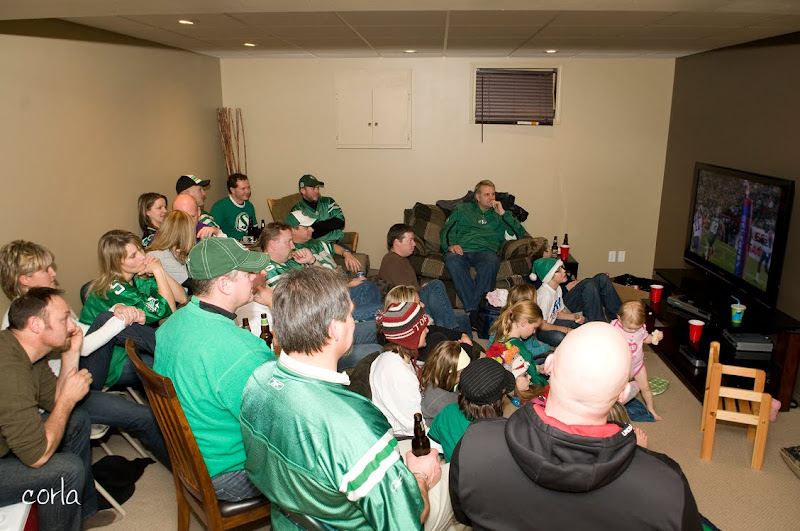 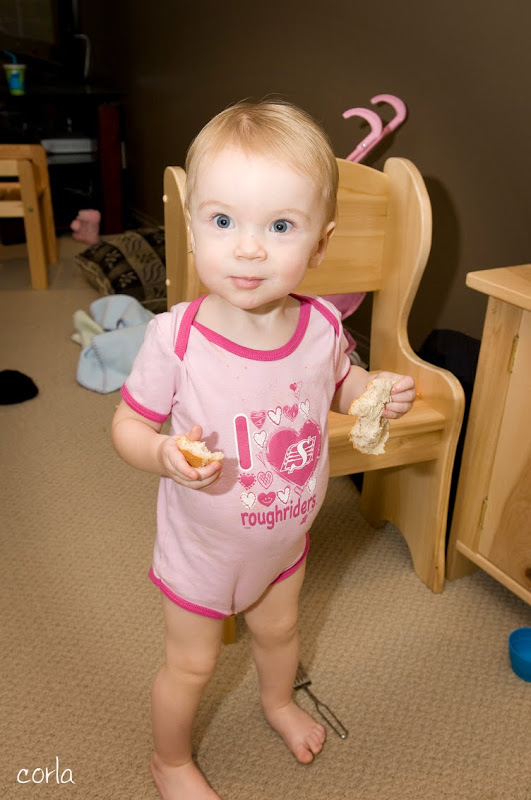 The littlest rider fan. Uncle Peck gave her this for her birthday! 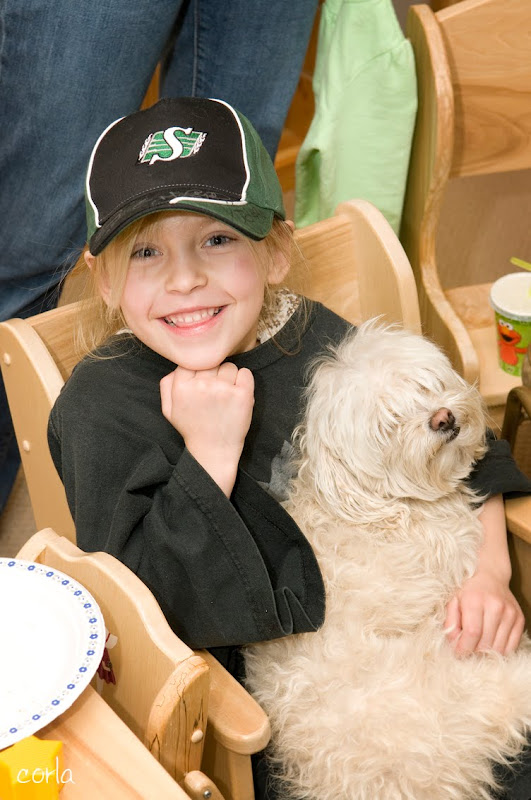 The whole gang. (BTW Pat is rubbing his green mustache not picking his nose!) Wanna play "where's Gainer? I have one friend who wants to be annonymous and she was eating a bun in this picture" 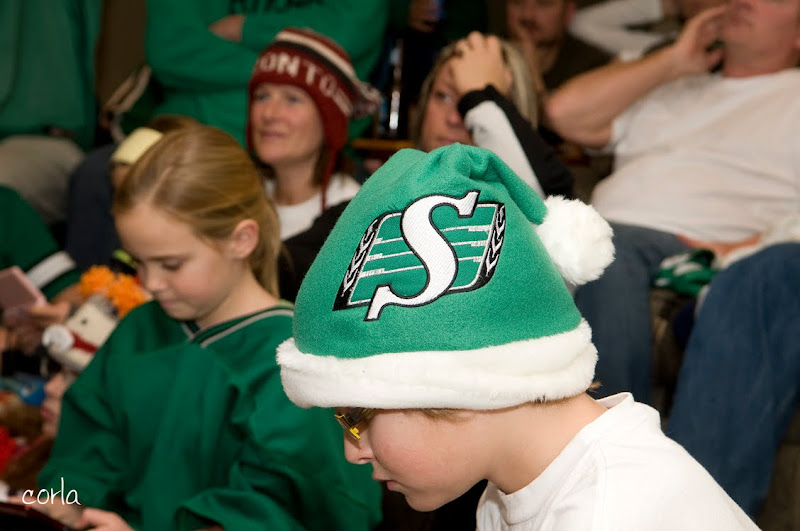 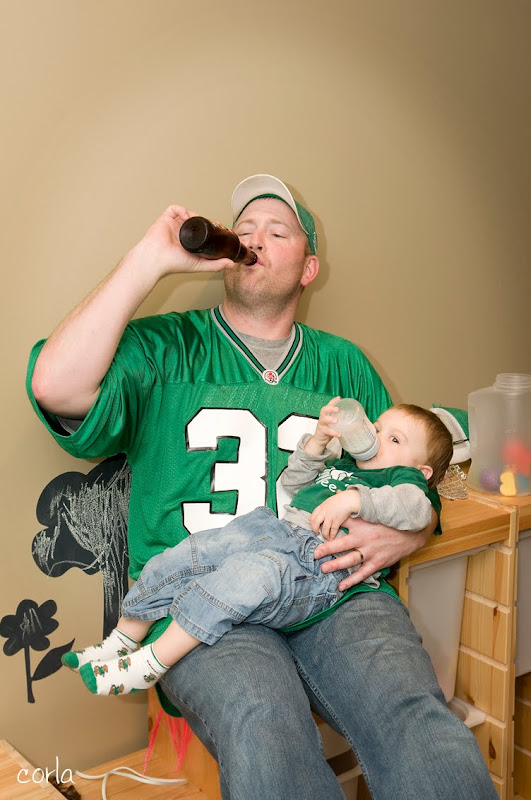 All the boys had a bottle 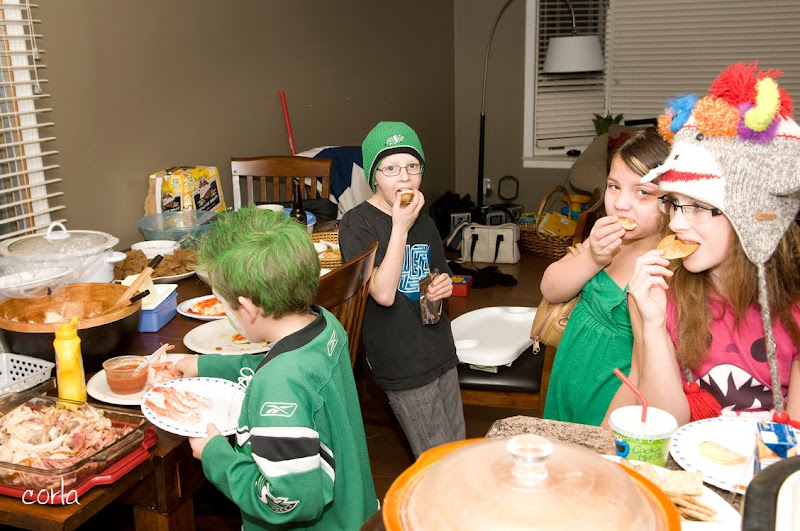 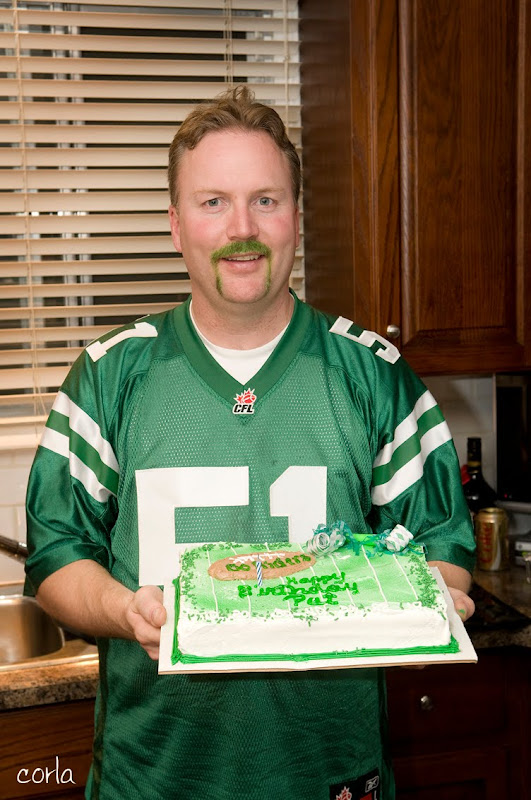 This was day four of Pat's five day birthday celebration.
Posted by Corla Rokochy at 7:52 PM