With one starting High School we had to compromise and take the traditional first day of school pictures at home as to not cause a Levi permanent social stigma of the "uncool kid" who takes pictures on the first day at the comp. Also it was raining so it worked better on the front porch.
Don't they look happy? 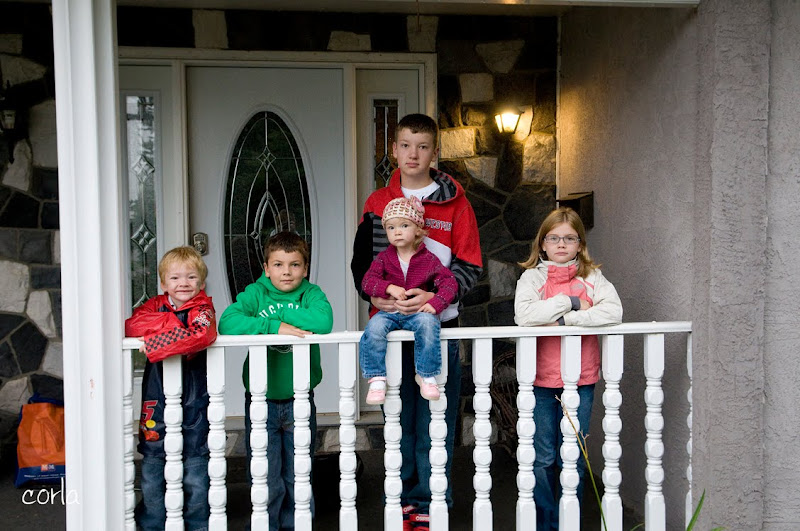 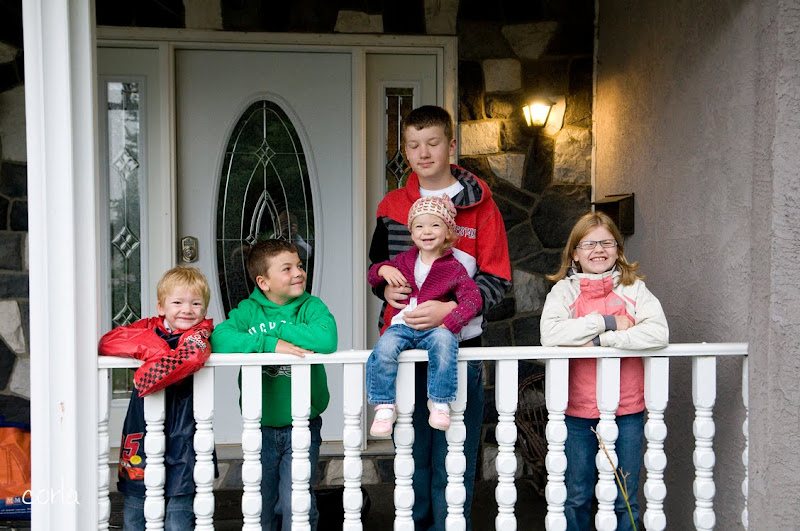 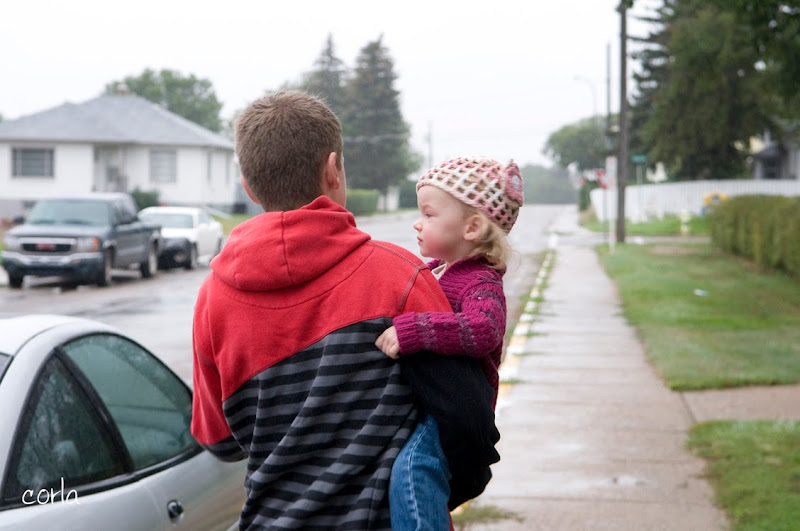 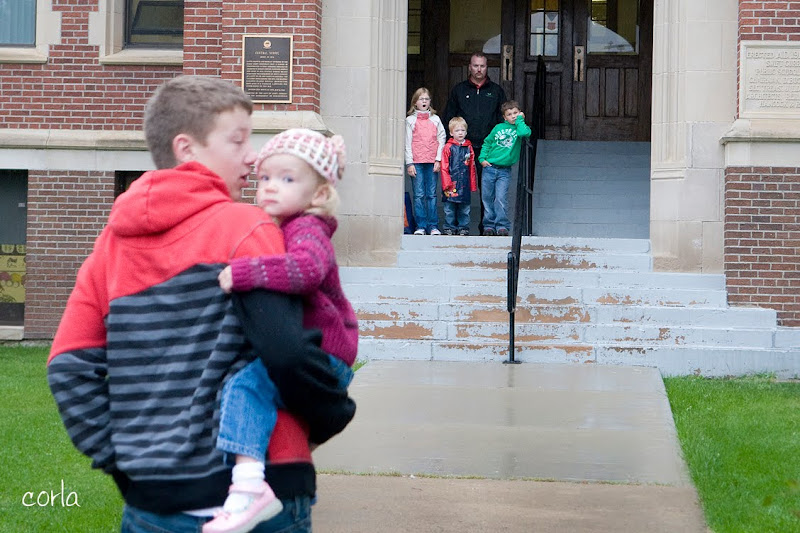 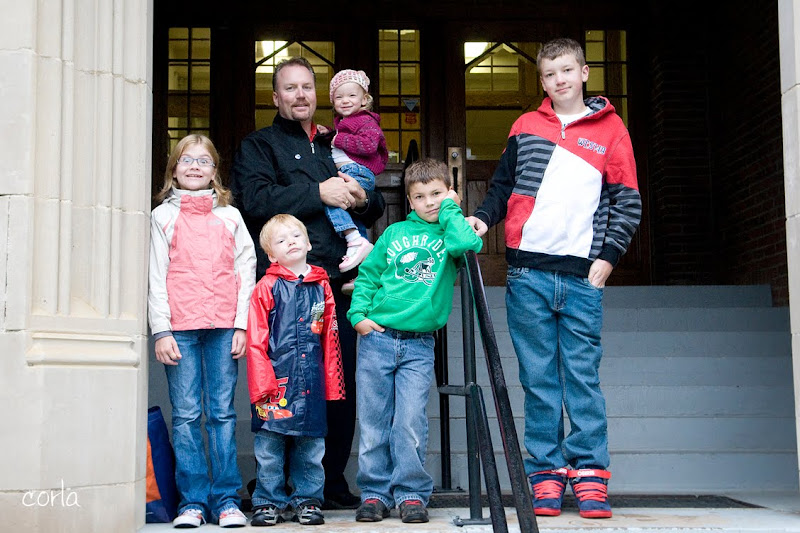 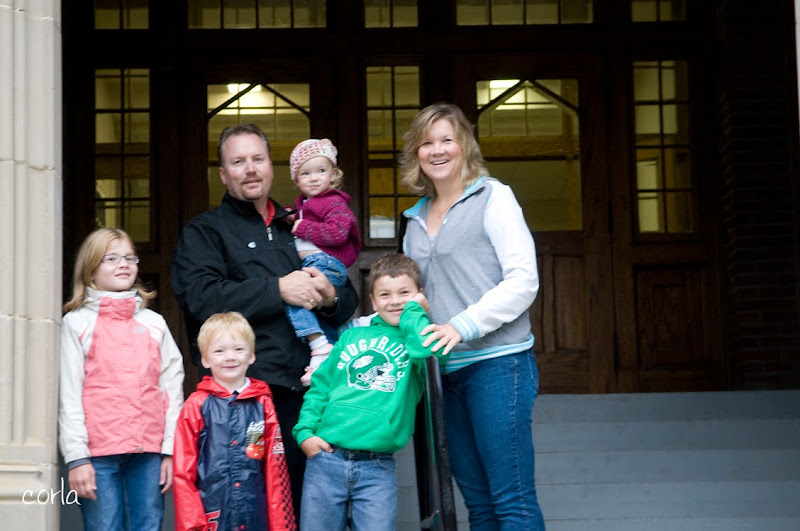 The reason we come..... Muffin Morning. 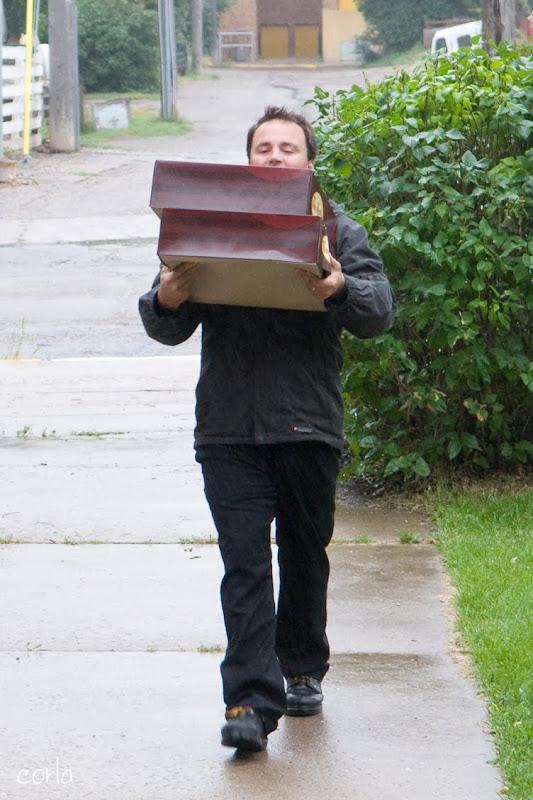 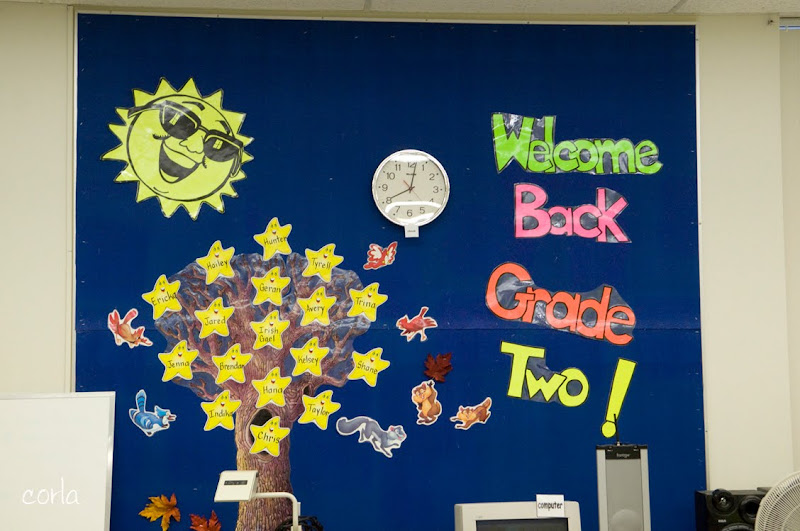 Kelsey's teacher left this on his desk. He didn't want to share with us. 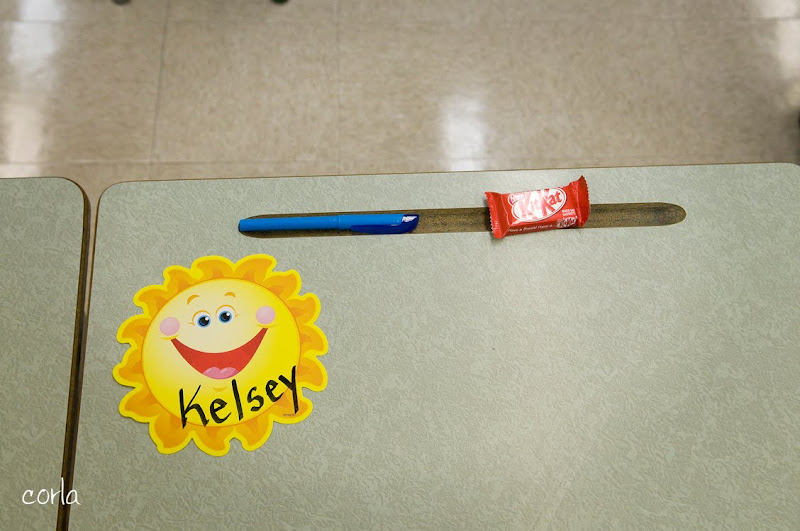 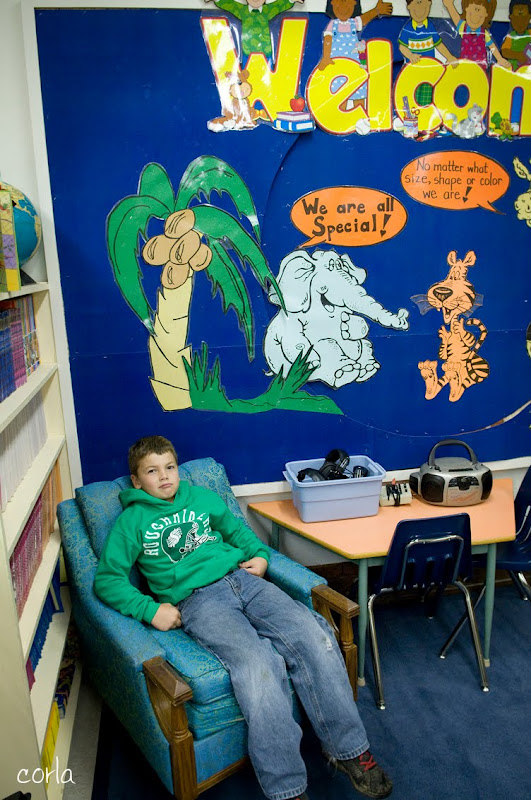 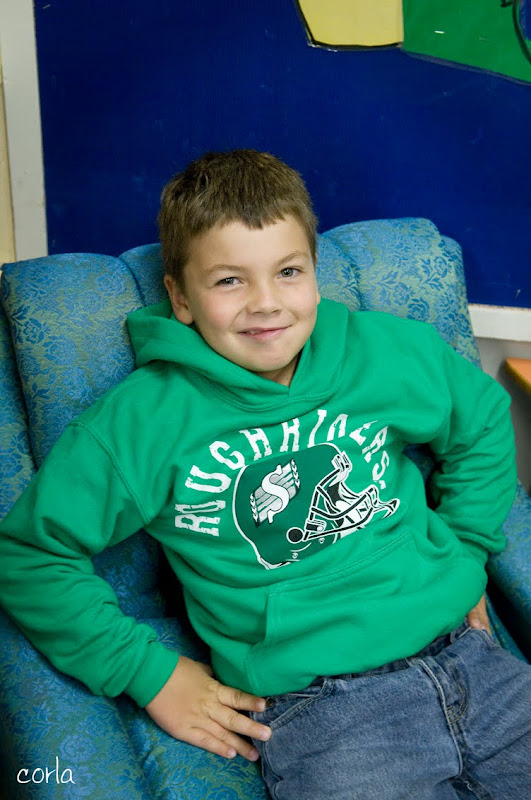 Helping Sissy up the stairs. 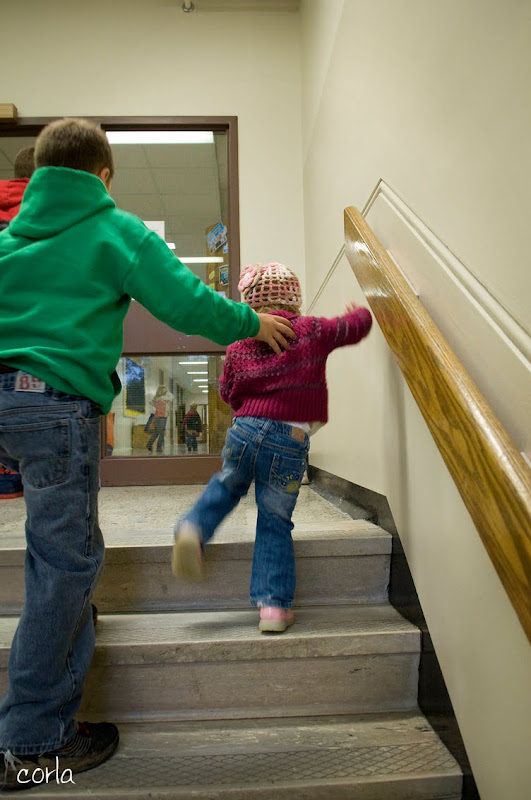 Getting Olivia settled into her desk. 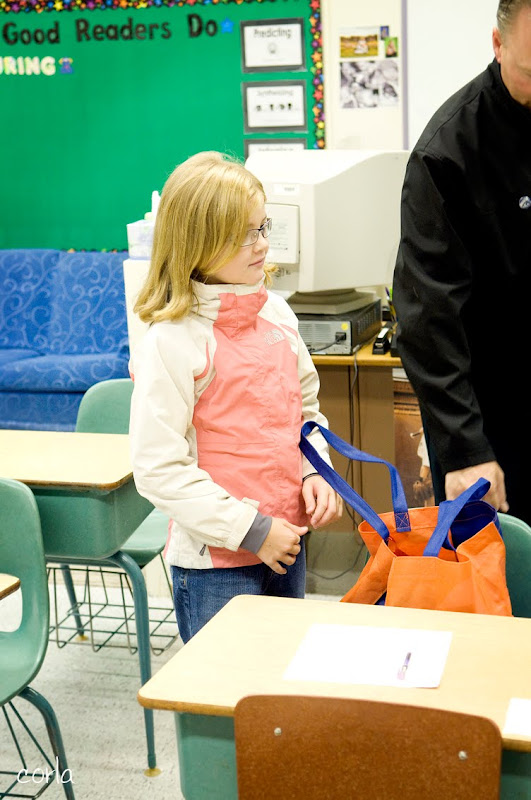 Look how Pat is pointing, " this way girls" . And they are going the other way! 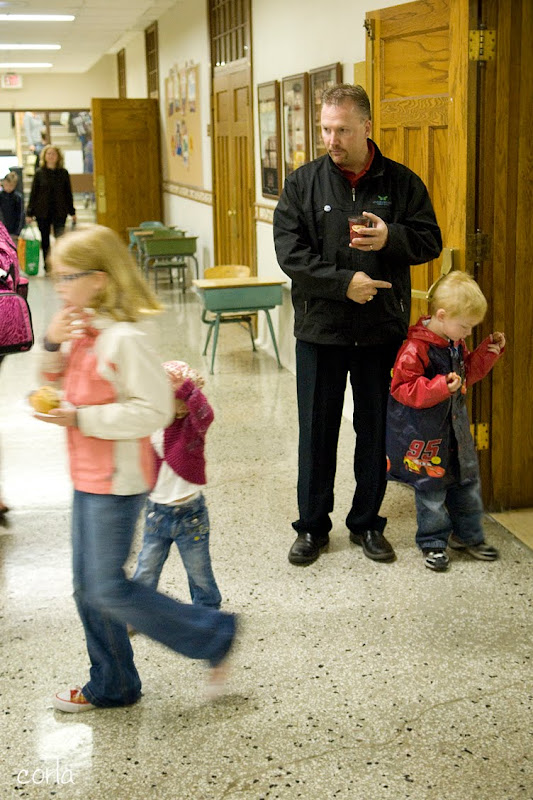 She looks like a Russian refugee begging for scraps. 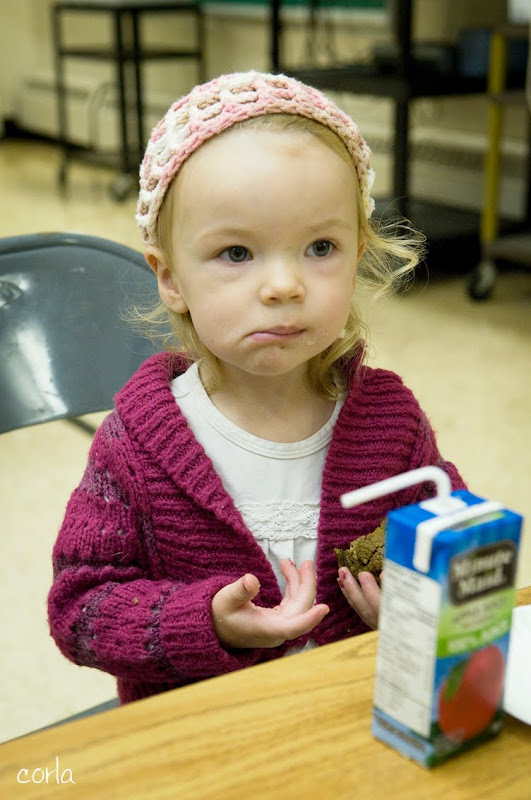 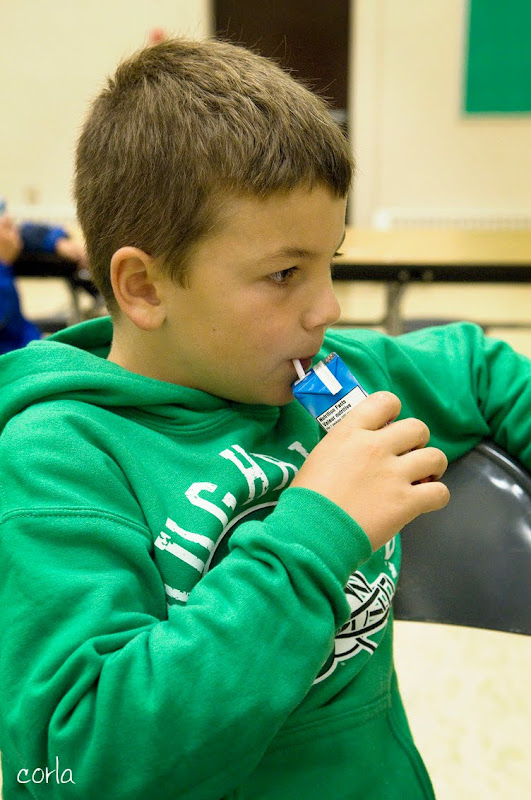 The end of the day. Mom had chocolate chip cookies waiting for the kids when they got off the bus and Ellie was the head of the welcoming committee in her gotchies. 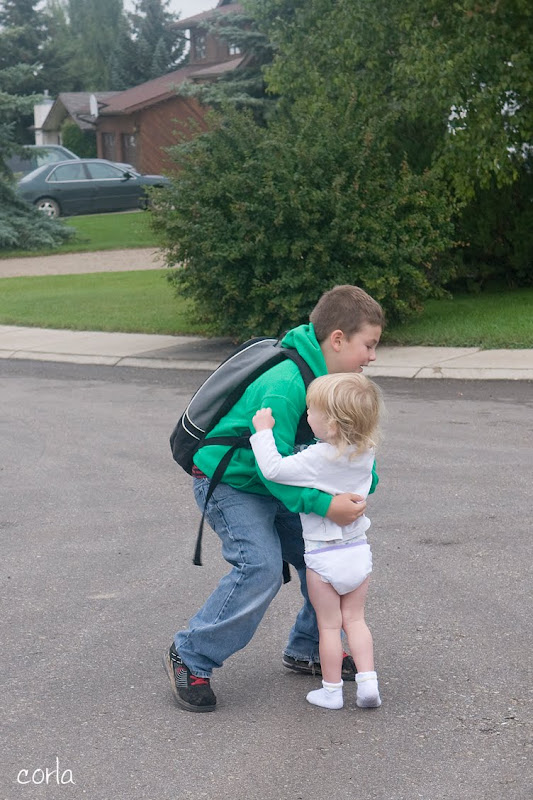 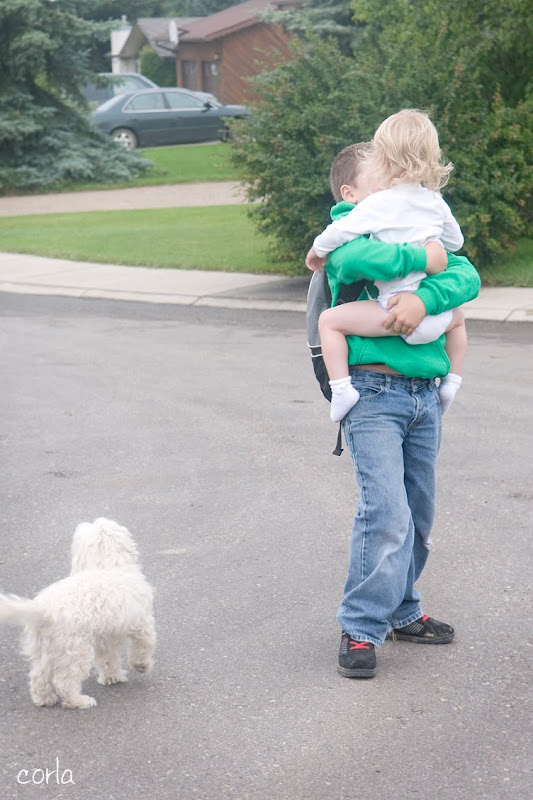 So Happy to see big brother. 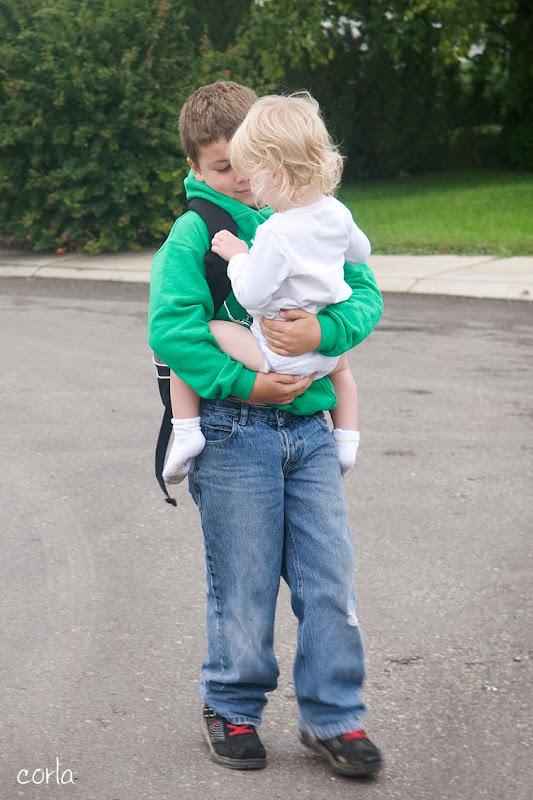 Daphne is glad to see you Olivia! 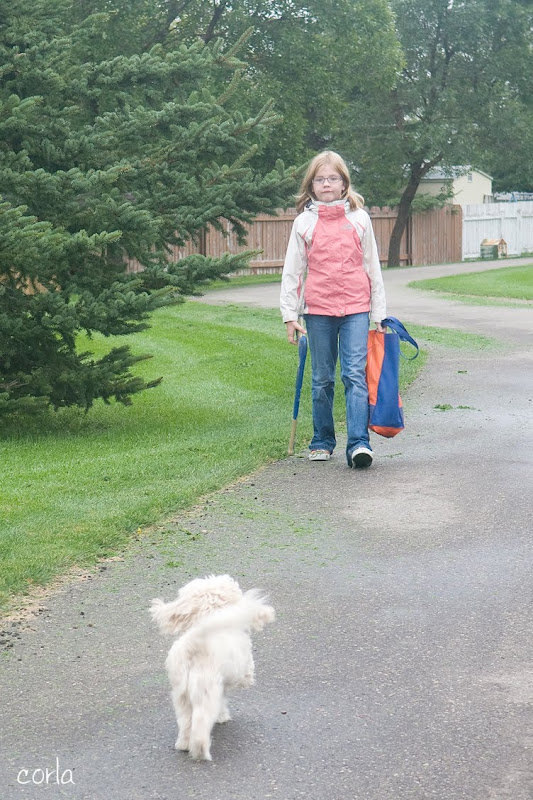 Another poor homeless, shoeless waif, with holes in his pants. 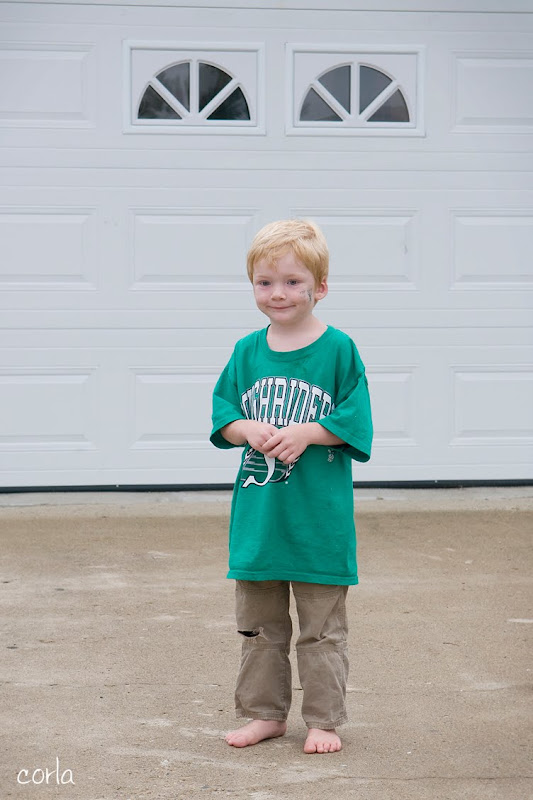 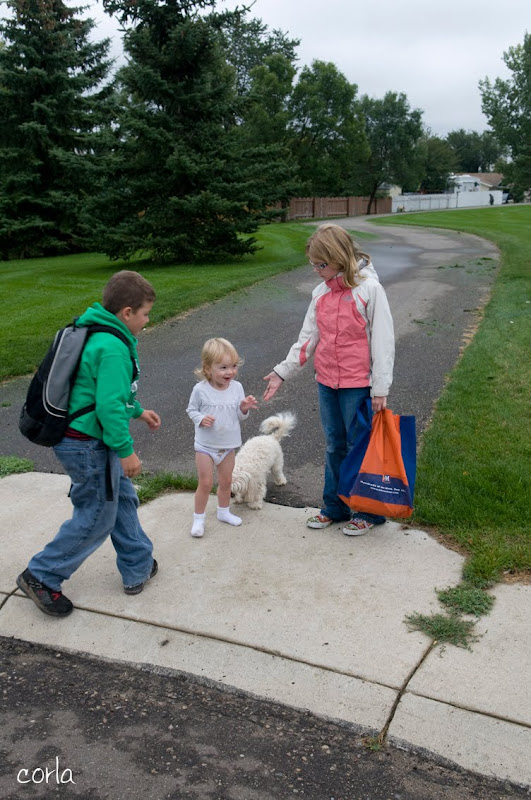 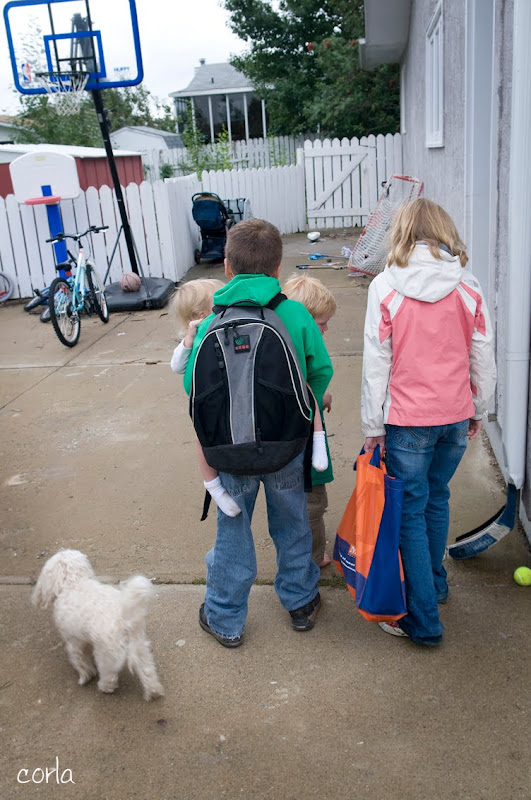 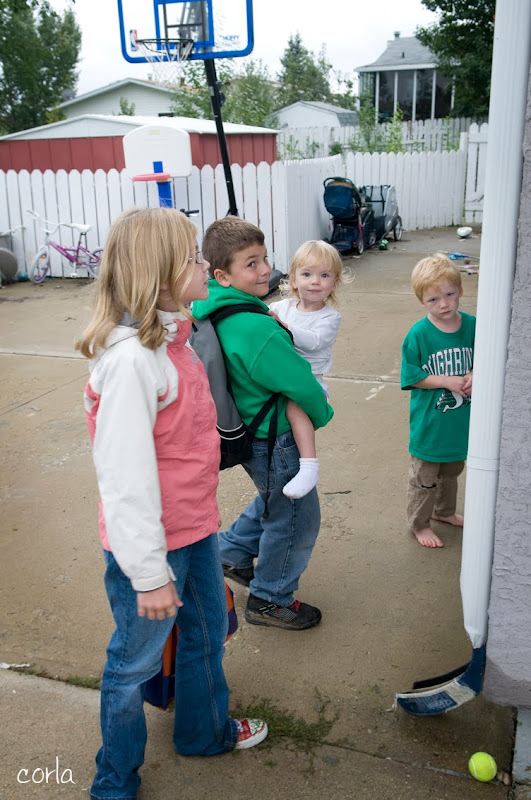 Carson's first day of Playschool. They have moved from the kid's school to the Salvation Army. He tells people his school is at the Army. We may want to send Levi to military boot camp some days but Carson is still ok for now.
The macaroni and cheese on his face matches his hair. 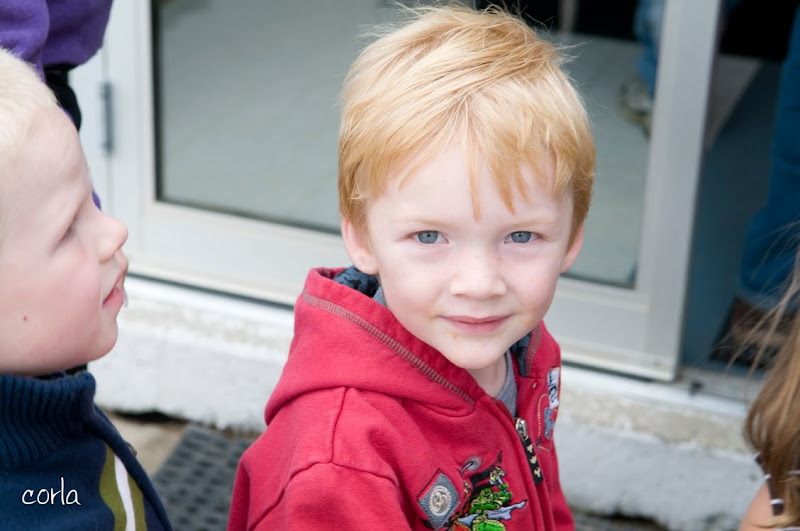 Tell me if you don't see a resemblance between Carson and the kid on the name tag! That was until Pat and Carson and a hairdresser decided that he would look great in a BUZZ CUT. Without asking MOM. Well I guess now he really will look like he's in the army. Stay tuned for Carson's new look! 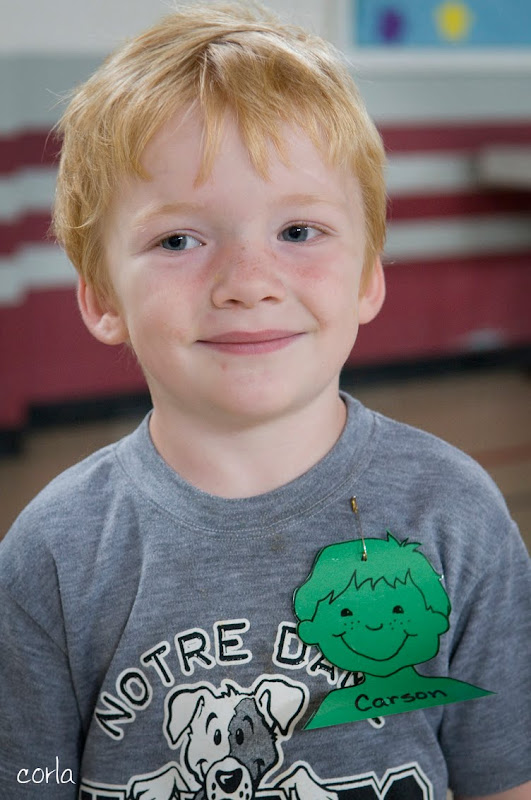 Posted by Corla Rokochy at 2:05 PM