Well Little Miss Ellie has turned 4 weeks old! She is an absolute sweetheart. Everyone asks how we are doing but really the general way of life hasn't changed we are just on the go nonstop. Here is a brief rundown of the goings on in the Rokochy Household since Oct 27th

4 Haircuts
9 Swim Club Practices (It was supposed to 10 but Mom had a melt down and everyone out of the van we aren't going to swim club!)
2 early dismissal days
2 Show and Tell at School (Ellie was the show and tell. At Kelsey's he even had the microphone where he told everyone in Kindergarden that Ellie drinks milk out of Mom's boobies)
1 Trick or Treating with Ellie in the wagon
20 overnight guests
17 Minor Hockey Games
4 Hockey Practices (It was supposed to be 5 but Mom went to Swim Club and forgot to take Levi to the rink and of course the cel phone wasn't charged!)
5 photo sessions
1 Trip to Cabri for lunch
2 Local Plays
1 Rider Game
6 Bronco Games
1 Canada Russia Game
1 Christmas Tree lighting
3 Days in Saskatoon (Dad went for work and went to the Kenny Rogers concert with his Mom Dad and Boss [Does that scream cool or what??? Back off ladies he's all mine]
More presents, meals, hugs and kisses than I could begin to count. 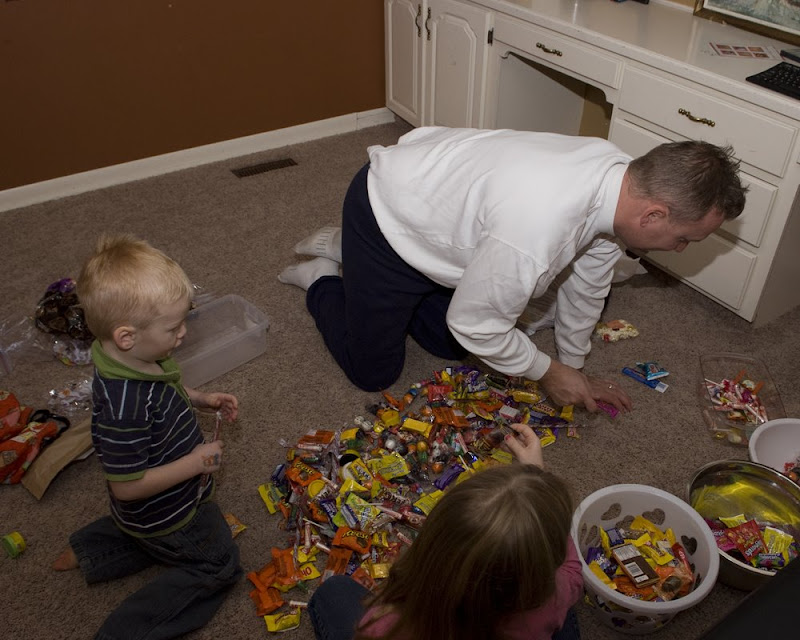 This was the funnies thing. I had to take a picture and told Pat he was going on the blog. The kids went Trick or Treating and the candy Nazzi insists it all goes into the community pile. Then he dumped it all on the floor to sort into specific catagories. Hard candy, chocolates, and chips. I could here intermitent yelling coming from the front room "No Olivia not in the hard candy bowl " And there was a lot of " Back off" So much so that Carson has been going around the house for the past few weeks yelling "Back off Sister"
I think it all stems back to an incident in Pat's youth when he lived in Lloydminster and as a young boy went Trick or Treating with his older brother. The boys were heading home with their pillowcases full of candy and were stopped by a gang of older candy stealing boys. They stole their candy and the story even made it into the local paper and all the neighbors took pity and dropped of tons of candy to their house. I think this is why Pat feels the need to control all the halloween candy. What do I care as long as I get all the chocolate bars. 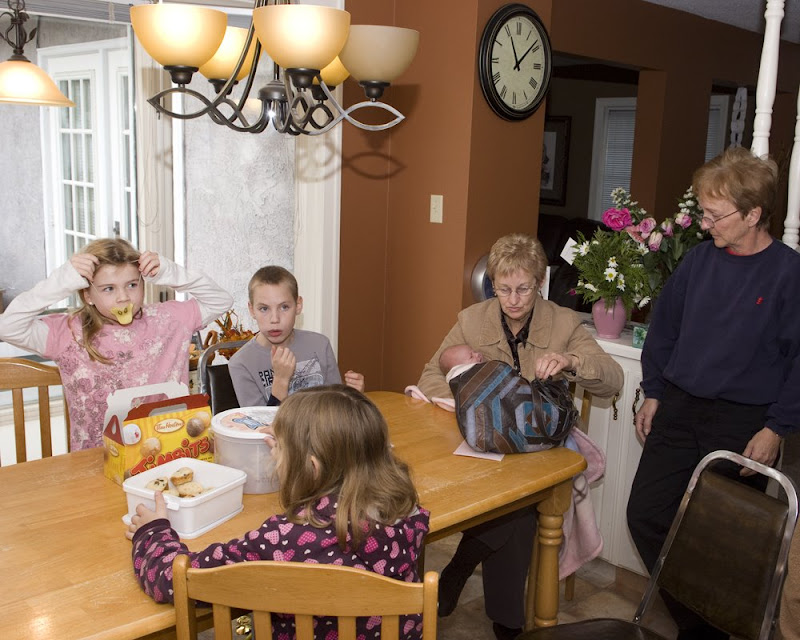 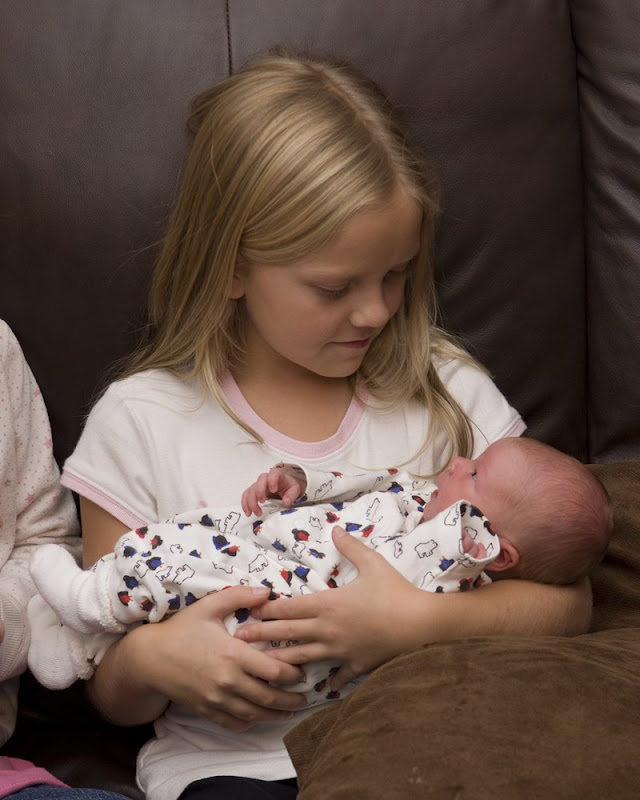 The Birthday twins Ellie was born on her big cousin Caragen's 9th birthday. 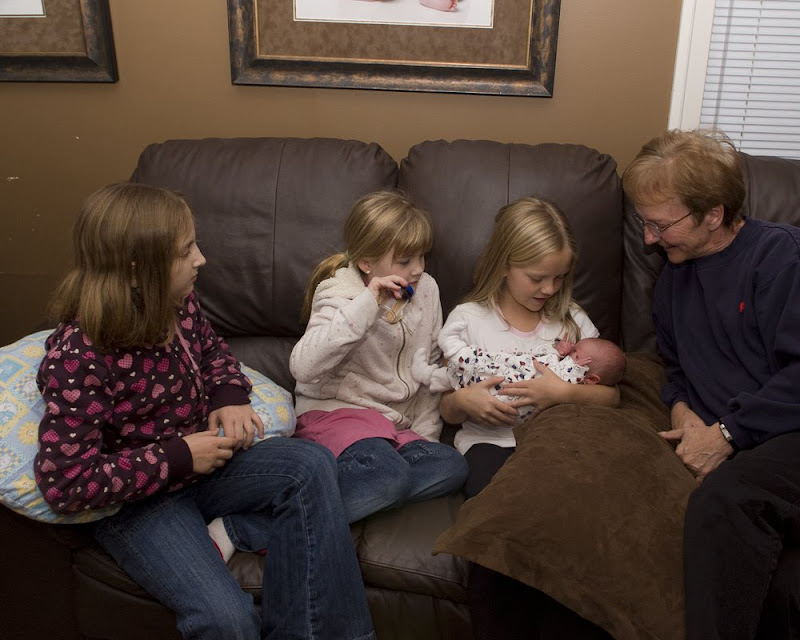 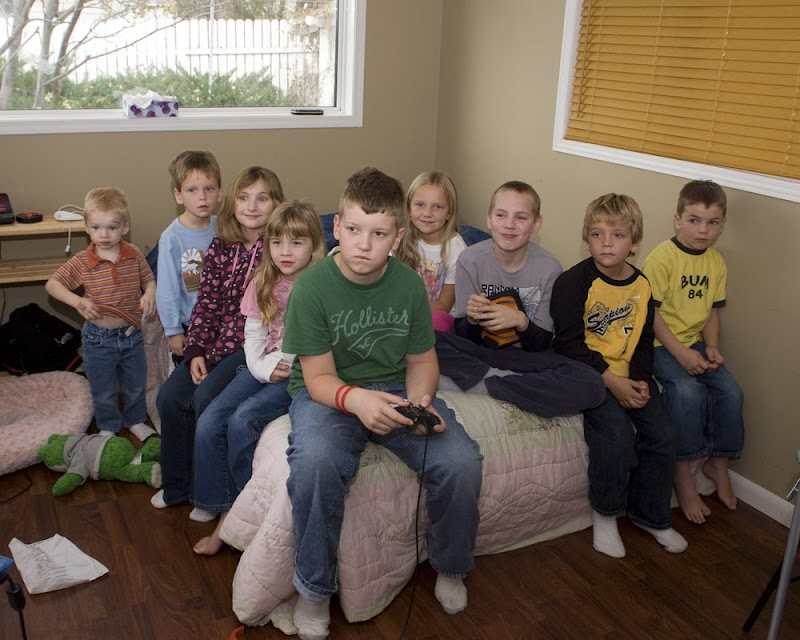 This is such a great picture! Levi is the oldest grandchild in three families. This photograph is so indicative of his place at the top of the cousin heiarchy. I can just hear him "Hey guys you know what would be fun if you all watched me play a video game. Ohhh doesn't that sound great??" Seriously I did not set this up. This is how I found them. He is going to either be the primeminister one day or an evil genius with tons of minnions! 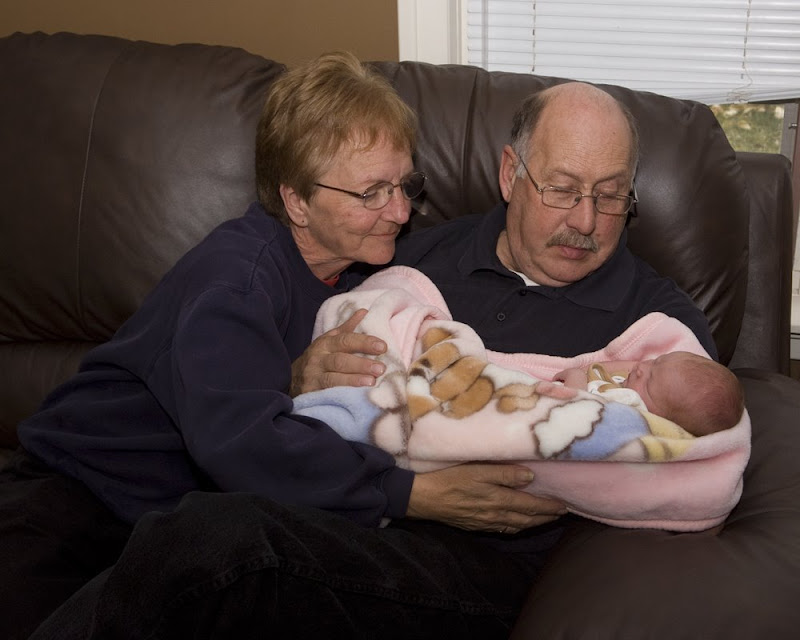 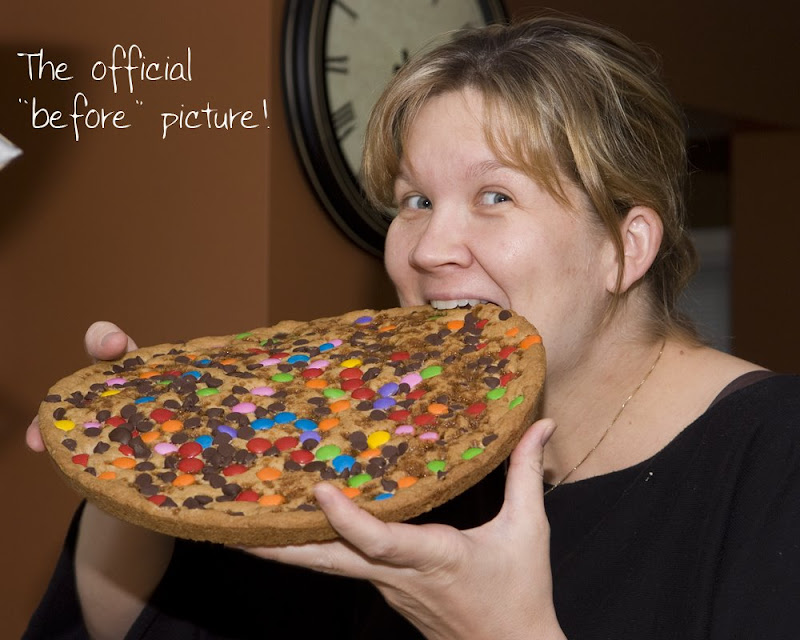 This cookie may have been the catalyst for my return to Weight Watchers. They say a cookie is only 2 points do you think this one counts? Thanks Diana it was a great treat and I did let the kids have some. 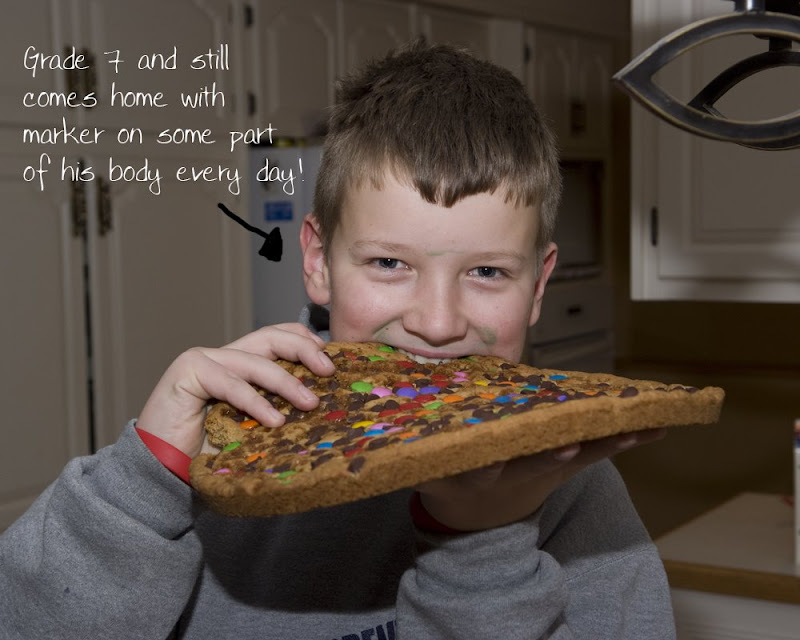 Posted by Corla Rokochy at 8:22 AM