The day has finally arrived for our fifth and final child to head of on the bus to school!  She was so excited and so were we. 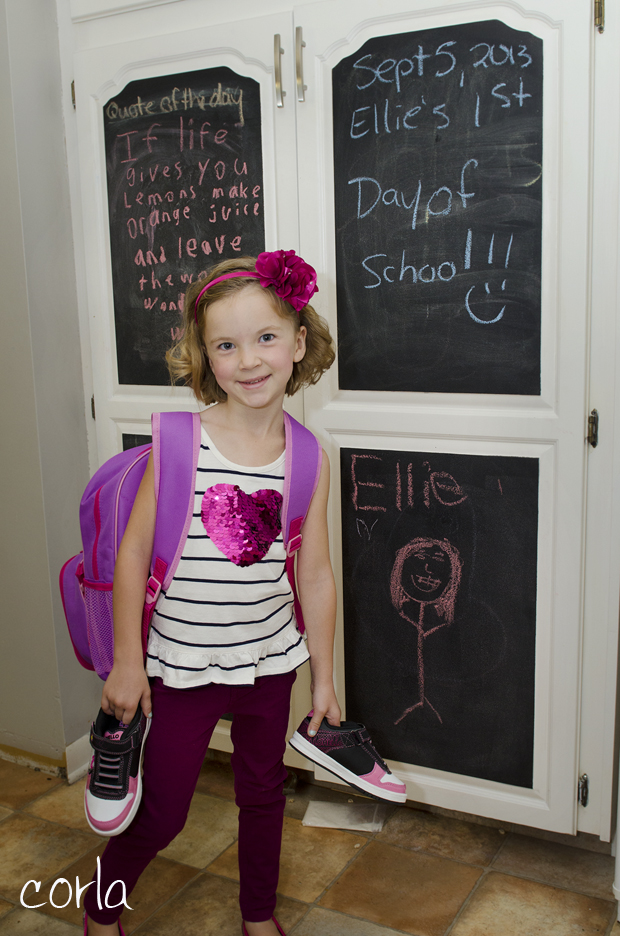 She actually let me brush and curl her hair which was miraculous because she usually screams at the top of her lungs when I do that.  But as things were going smoothly upstairs the boys were downstairs trying to break into a can of soup with a butter knife. 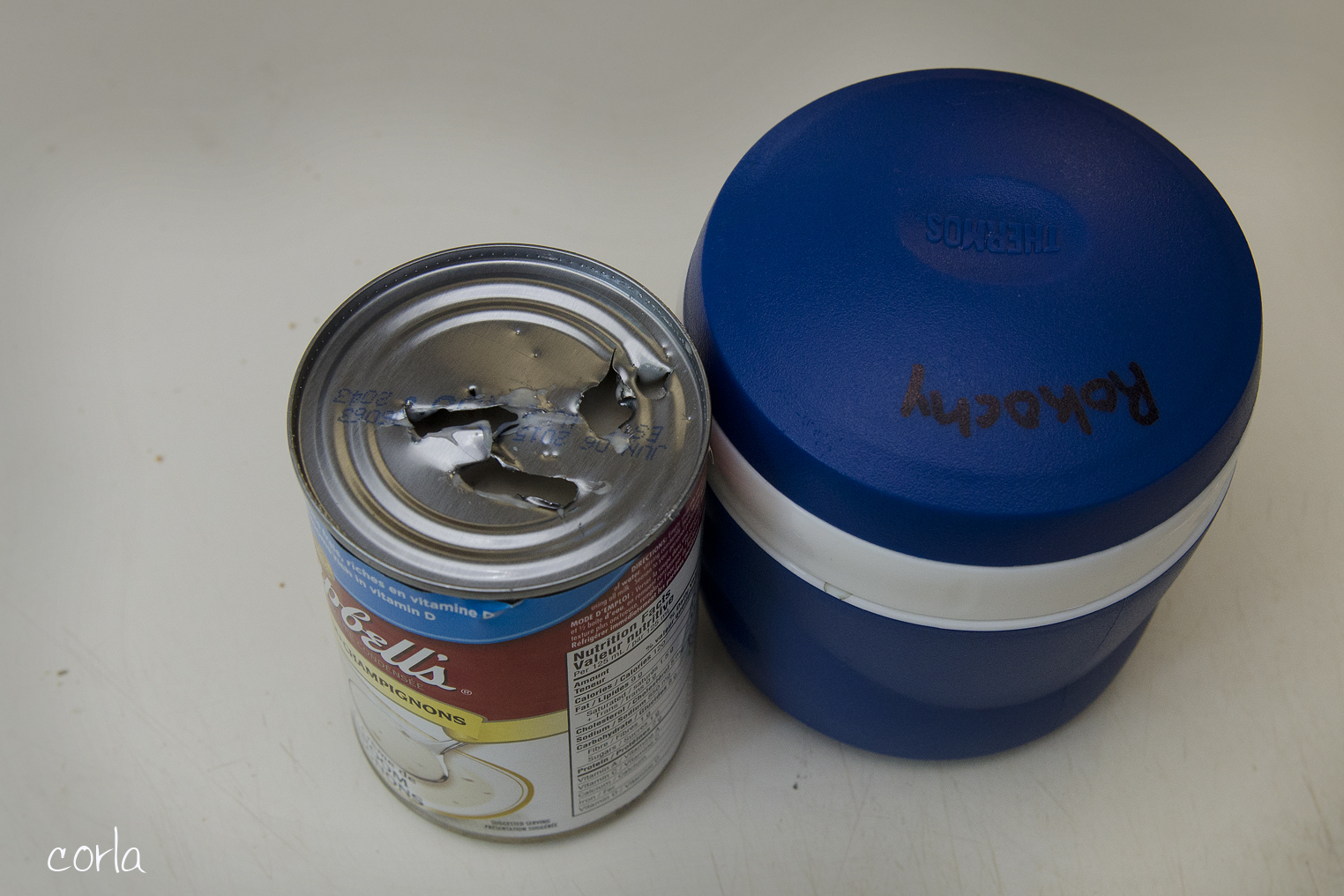 Posing for a picture for Mom. 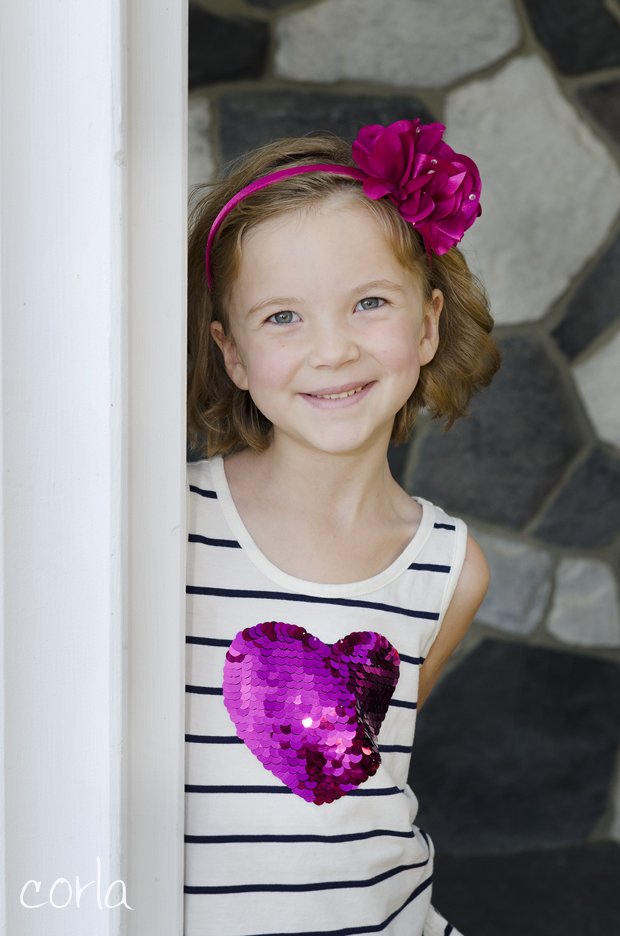 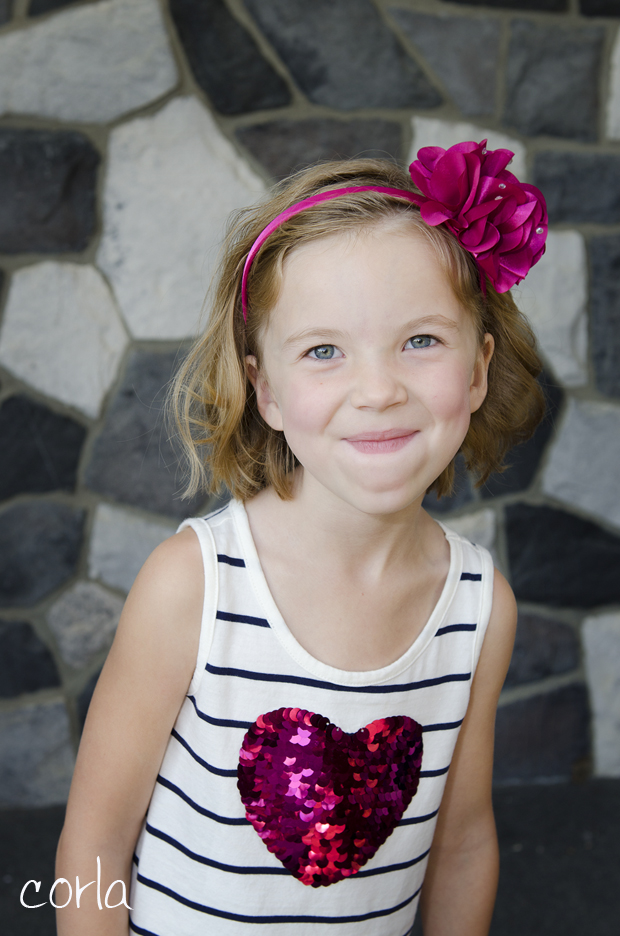 And away we go. 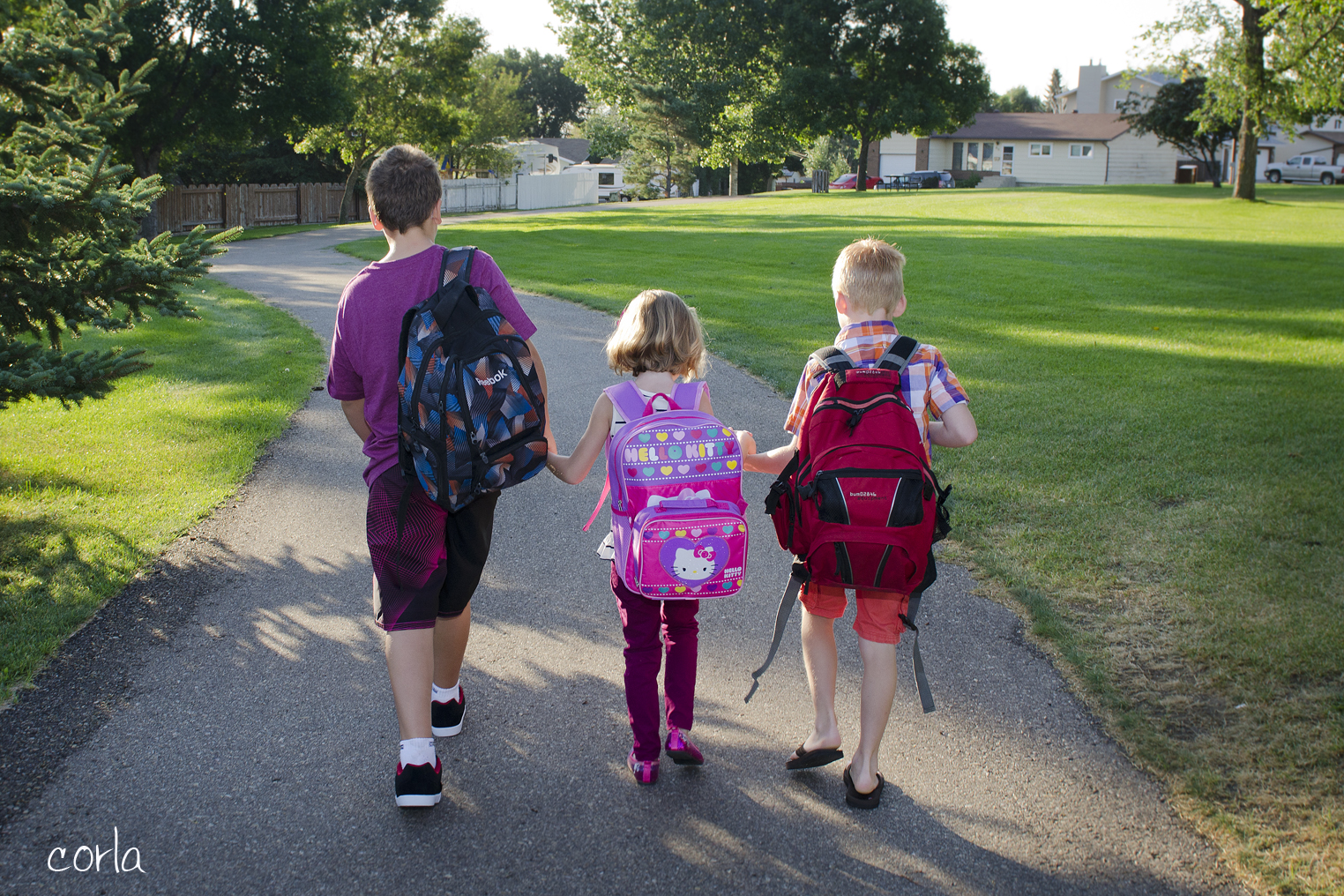 Her bodyguards have her by the hand with the security adviser trailing behind on the lookout for boyfriends. 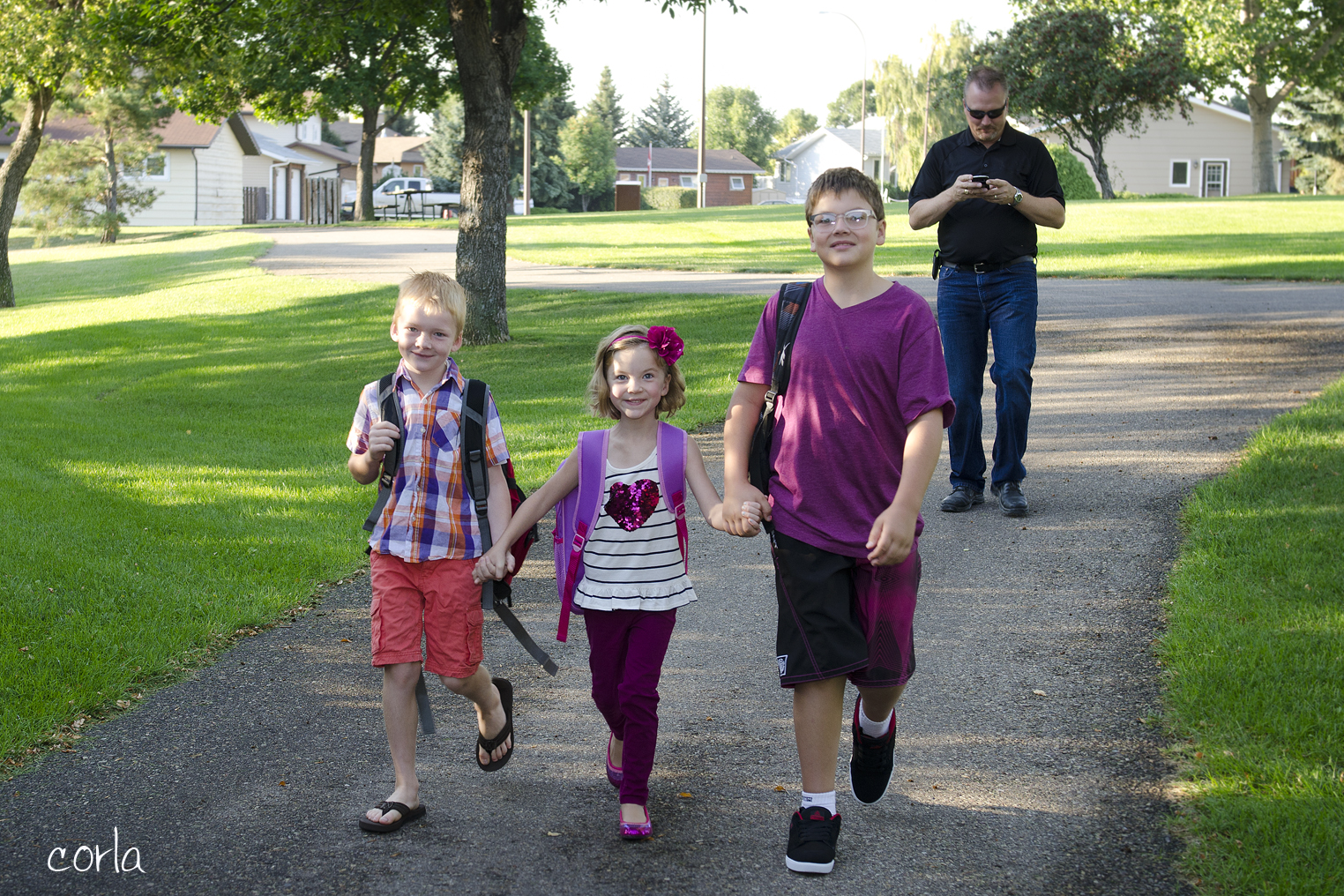 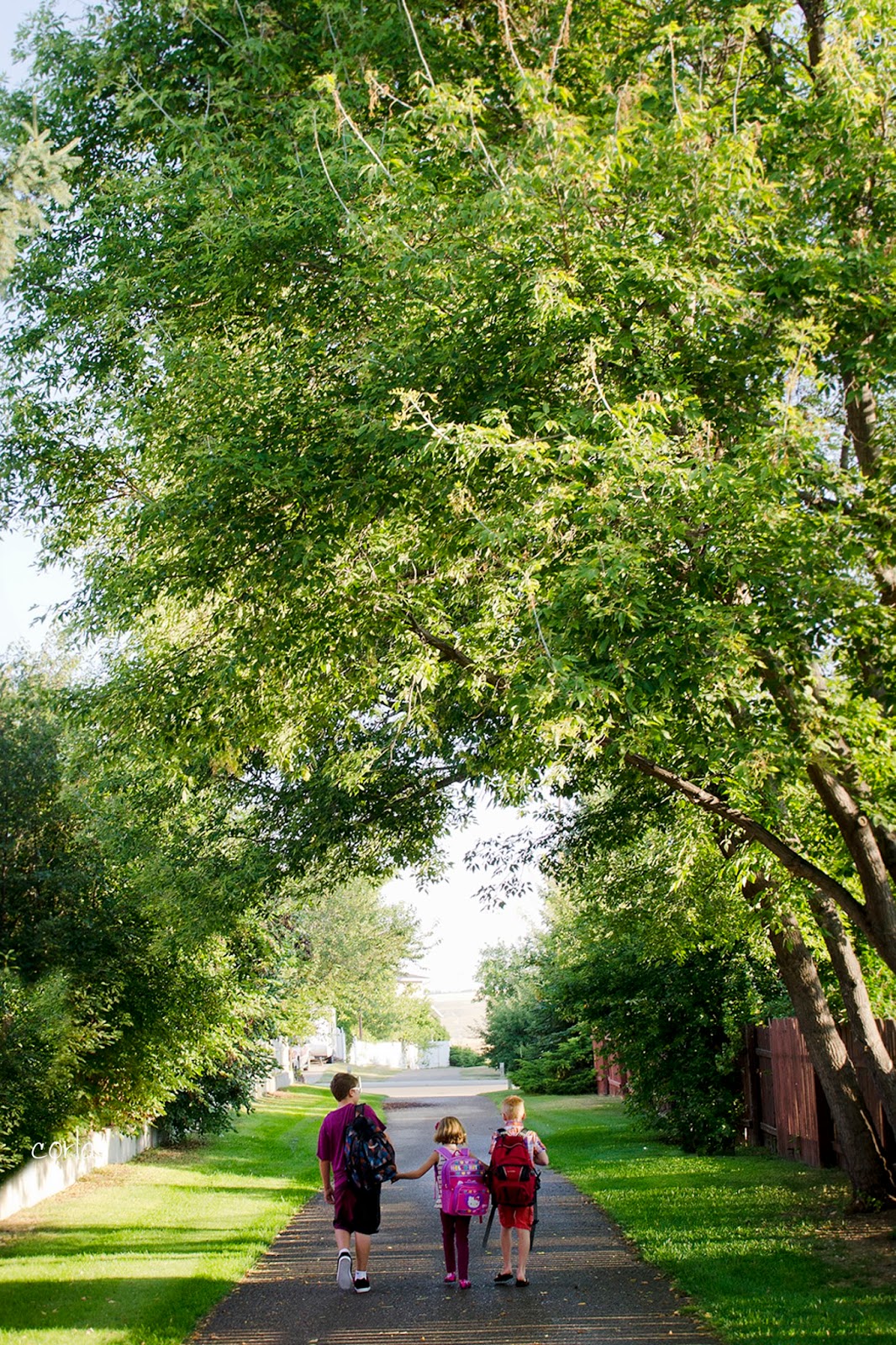 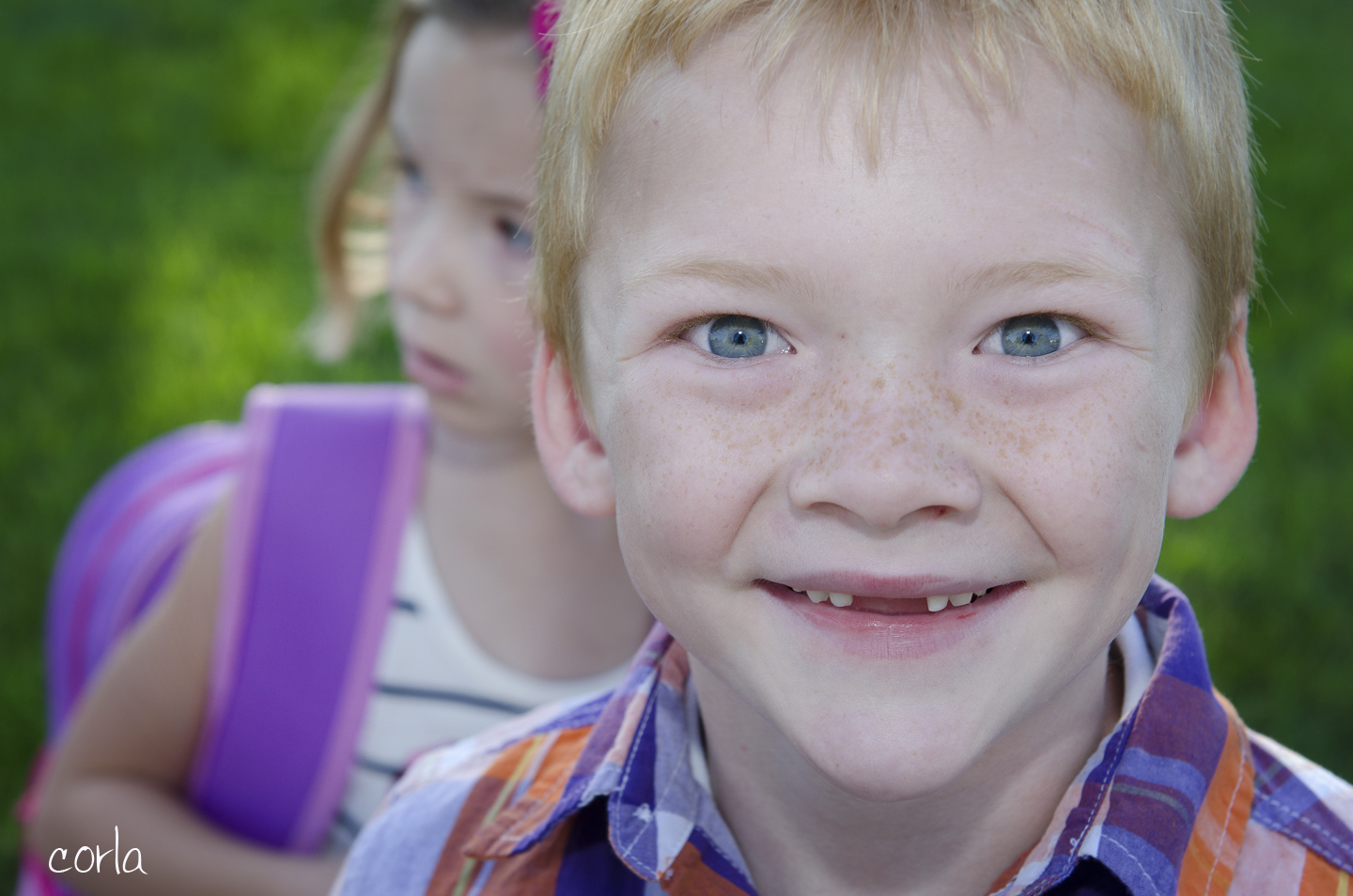 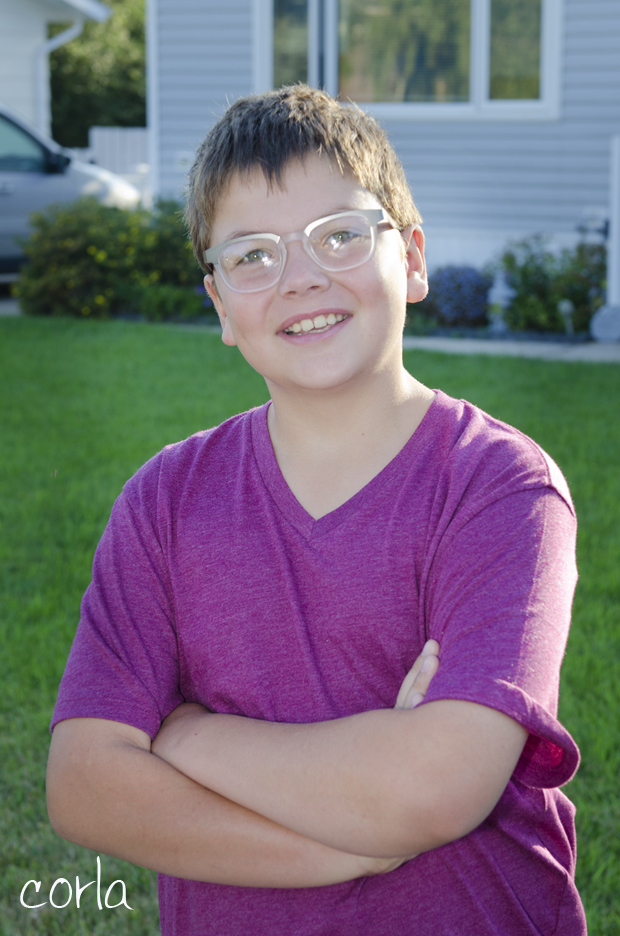 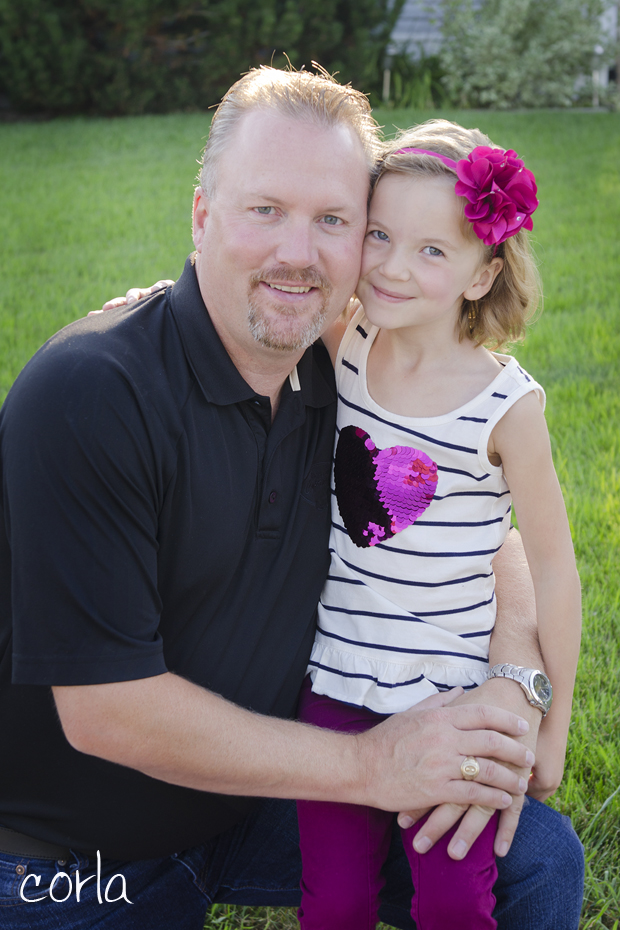 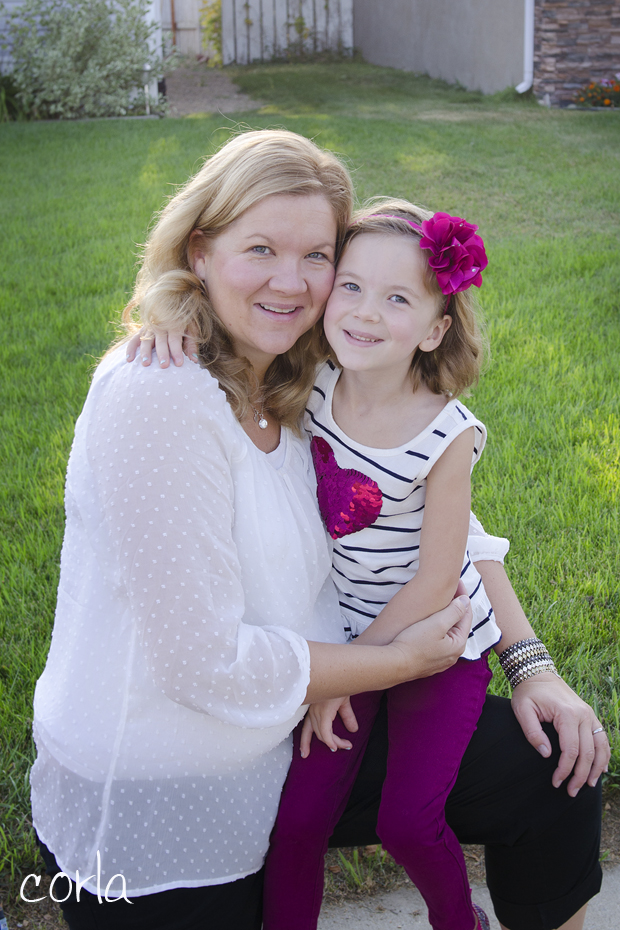 The reason there were no tears was because we went to the bus stop early and by the time the bus got there Pat and I were high fiving and Car was praying for the bus to come!! 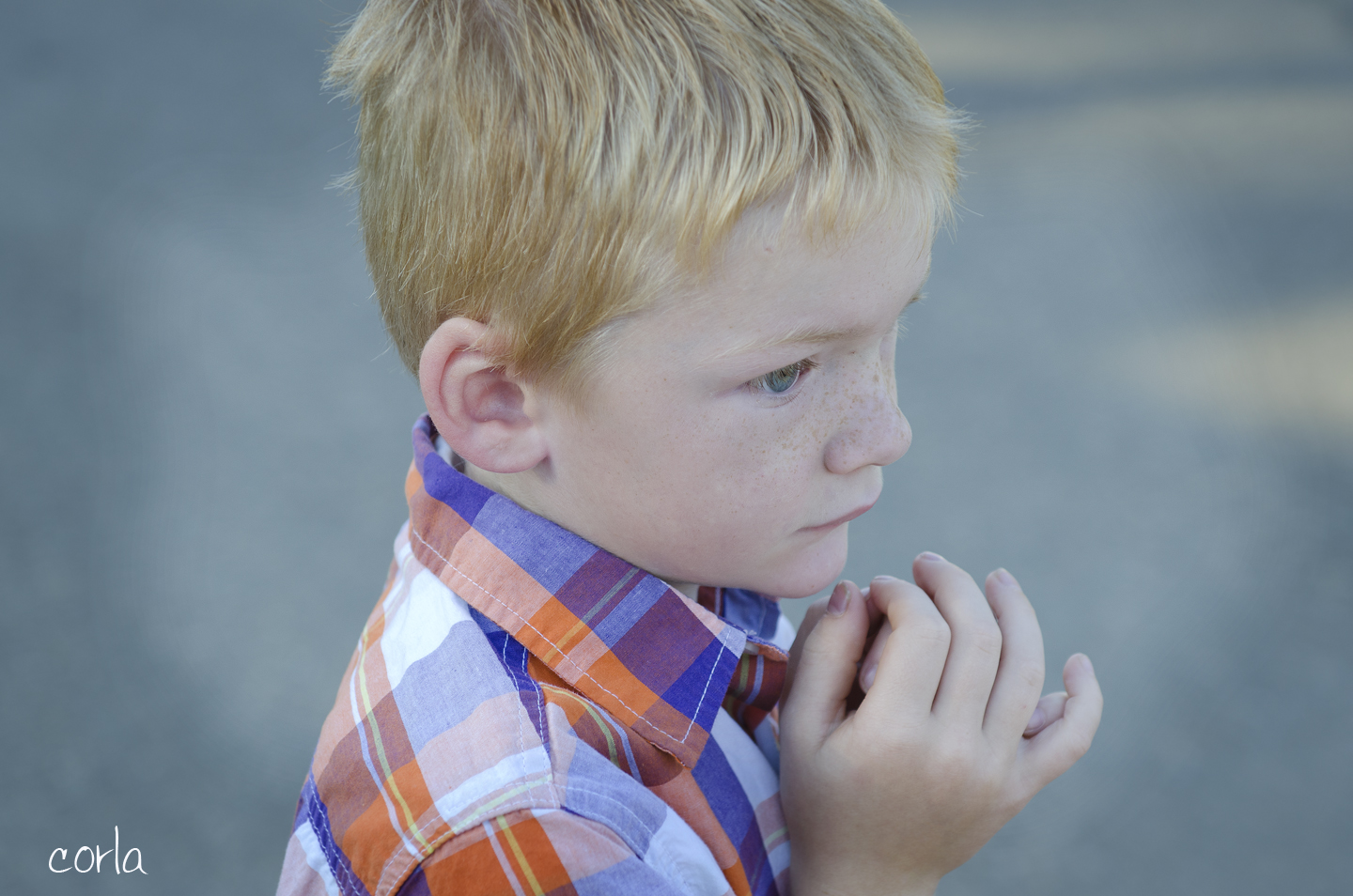 The teenager was even up and at it early!! 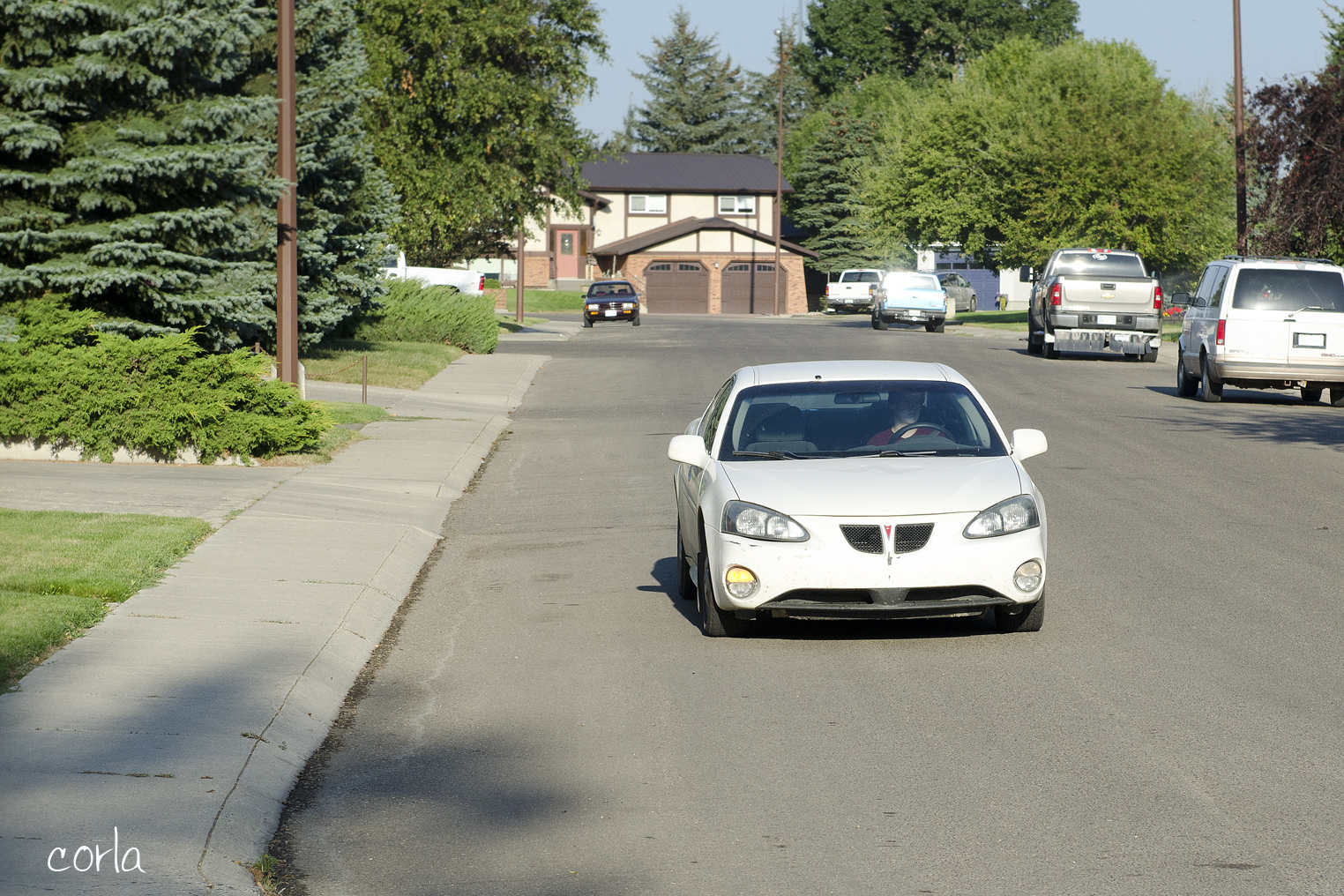 This picture sums up how excited she was! 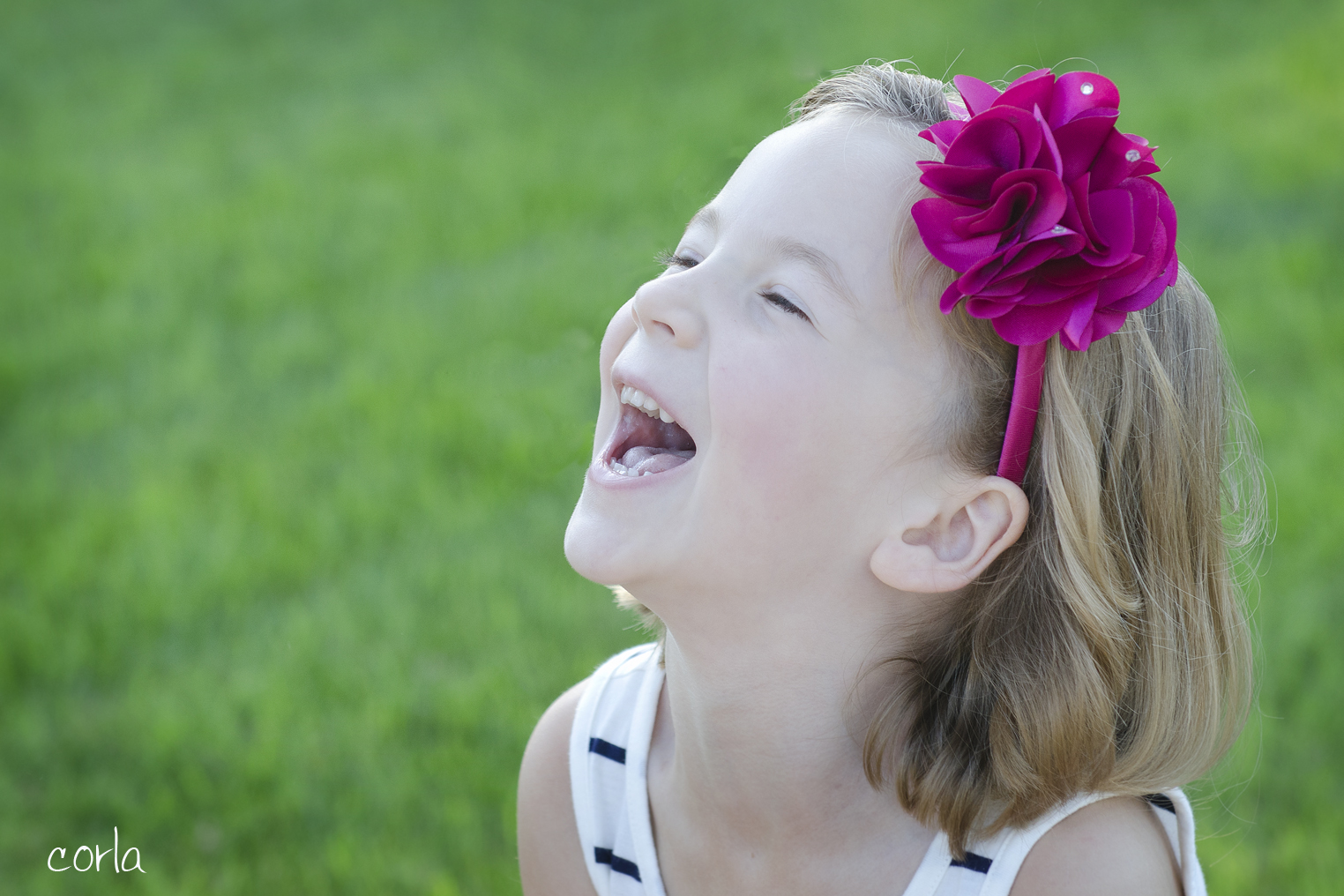 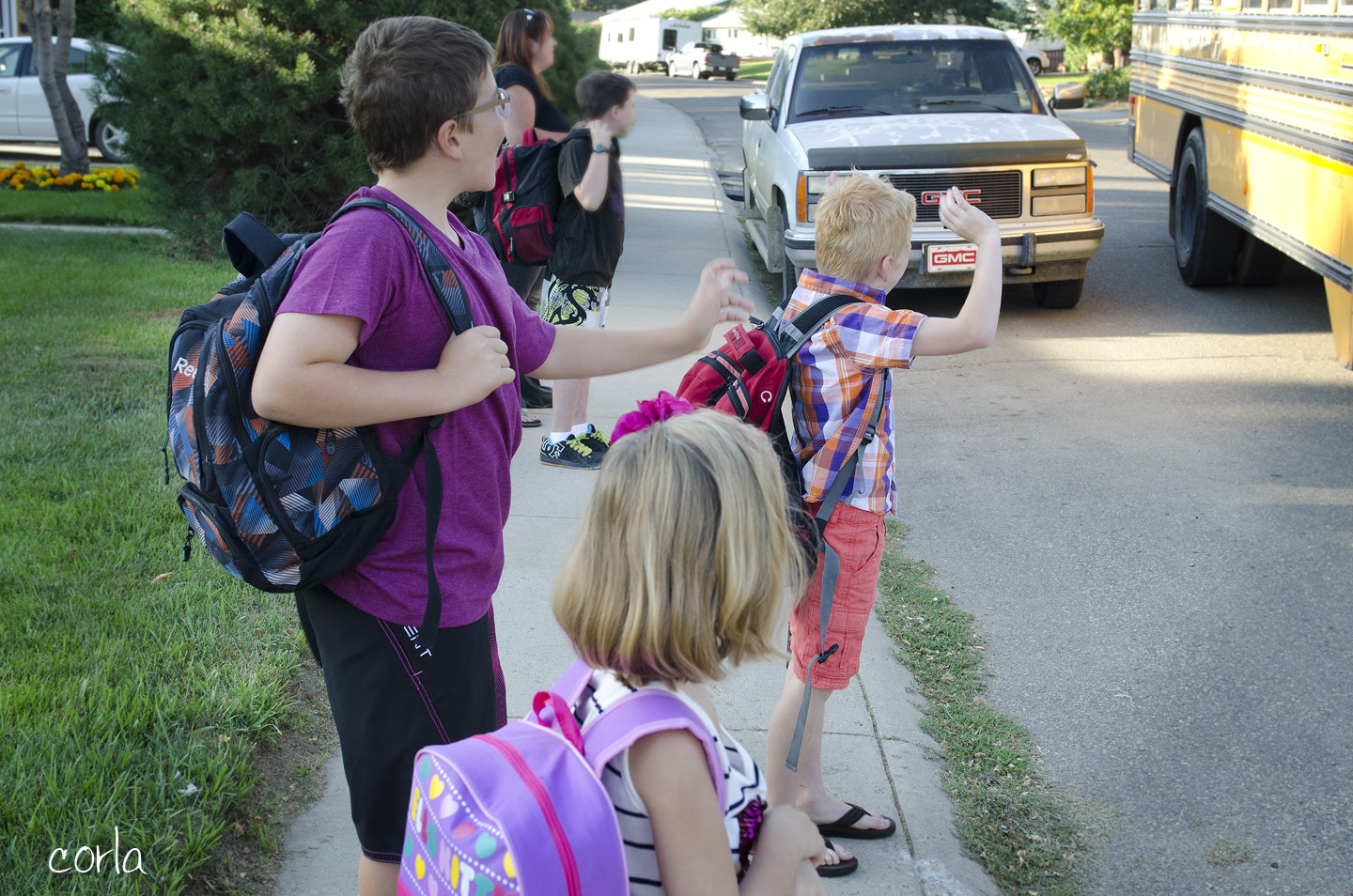 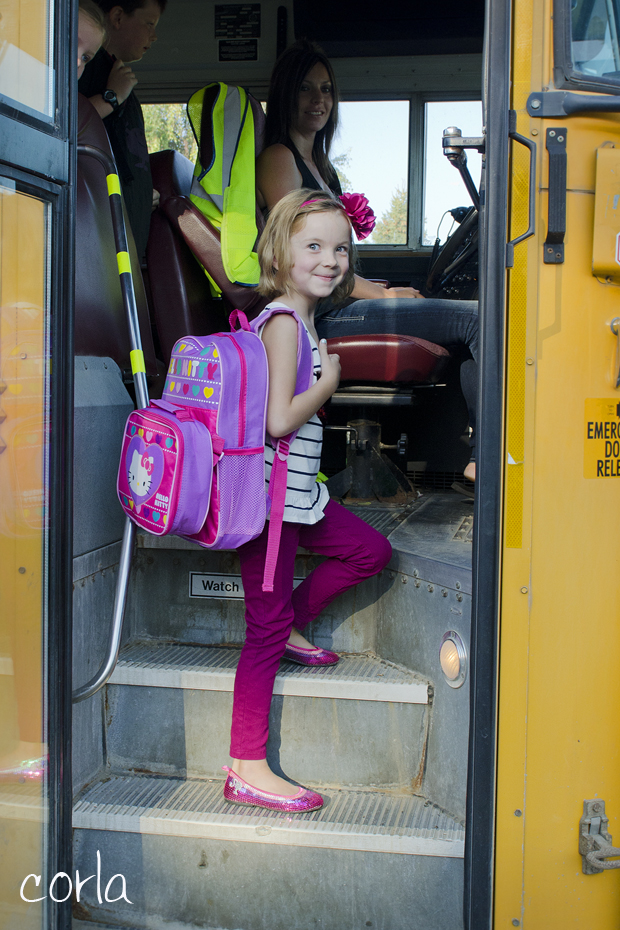 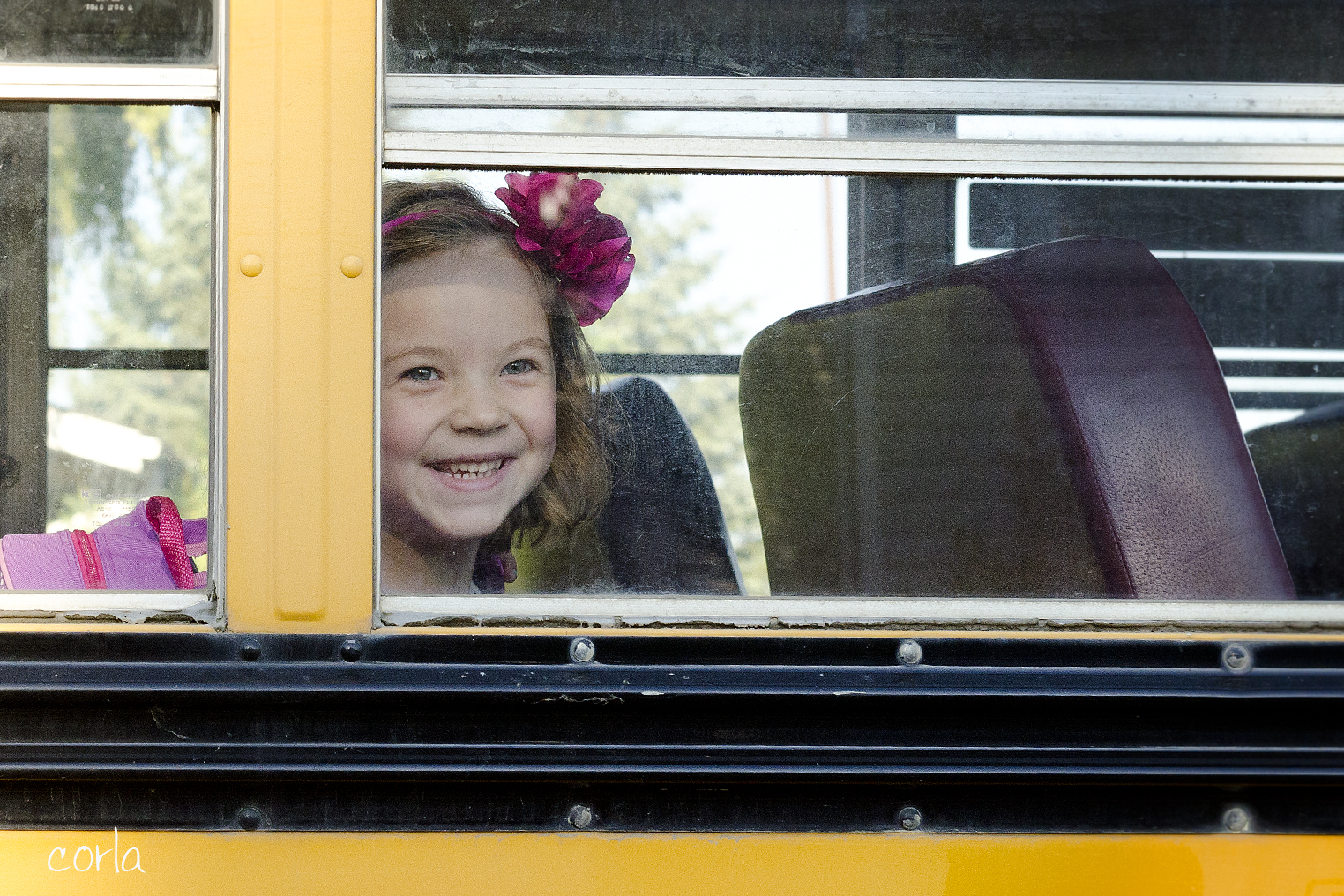 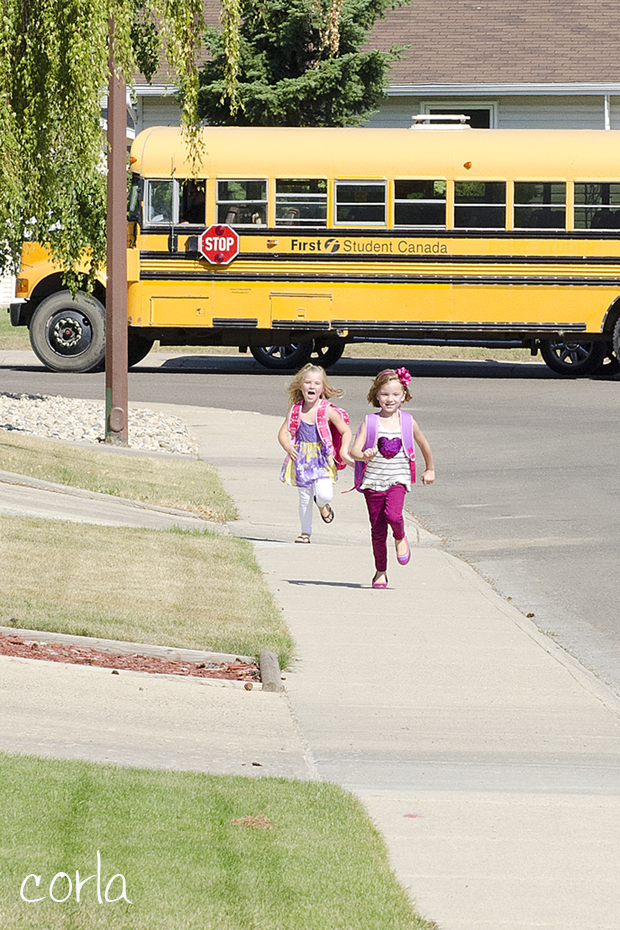 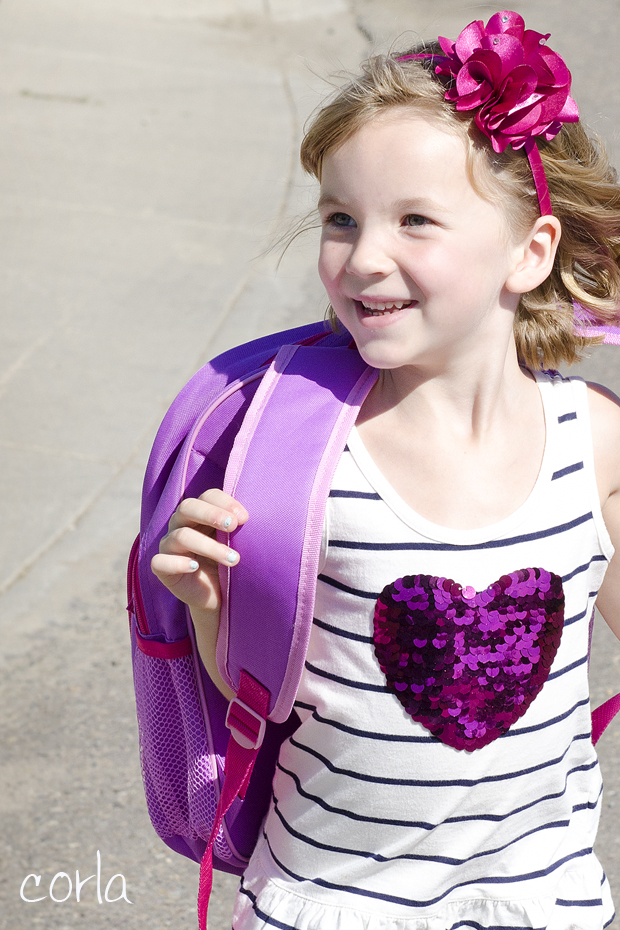 She floated home.  Her feet didn't even touch the ground! 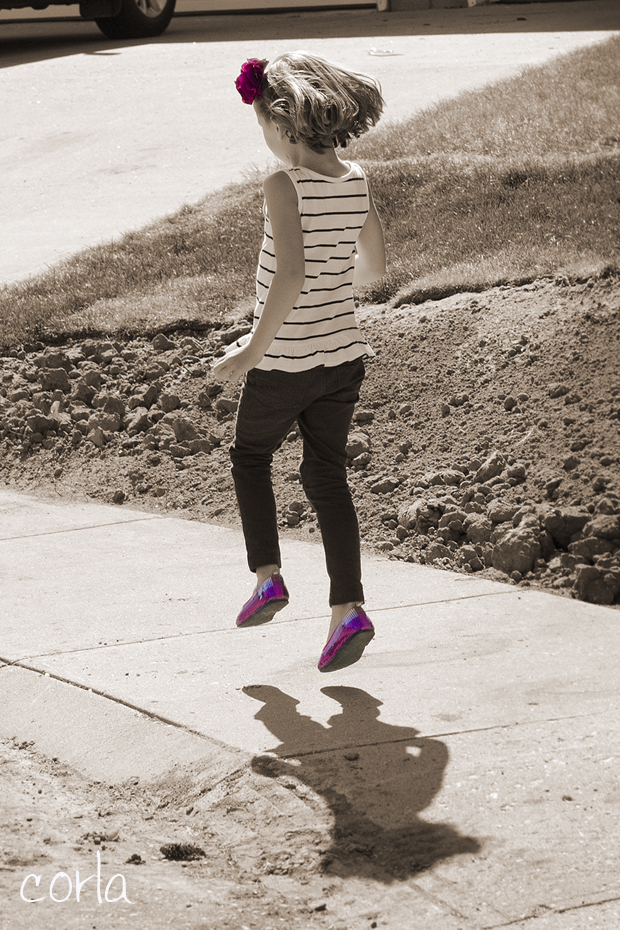 Posted by Corla Rokochy at 3:35 PM