The Grey Cup 100 Train Tour rolled into Swift Current this afternoon.  Pat, Ellie and I stopped by for lunch.  Yummy M+M burgers. 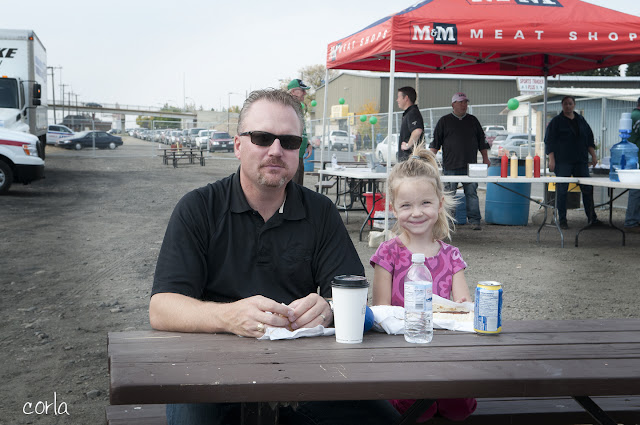 "The train is wrapped in iconic Grey Cup images and the cars include a high-tech showcase for the Grey Cup itself, a museum car that captures a century of Grey Cup history and a team car that celebrates today’s teams and athletes as well as the CFL’s bright future.

Each location will include appearances by either current Rider players, coaches, staff, alumni, Cheer Team or Gainer the Gopher.  " (taken from the Rider website) 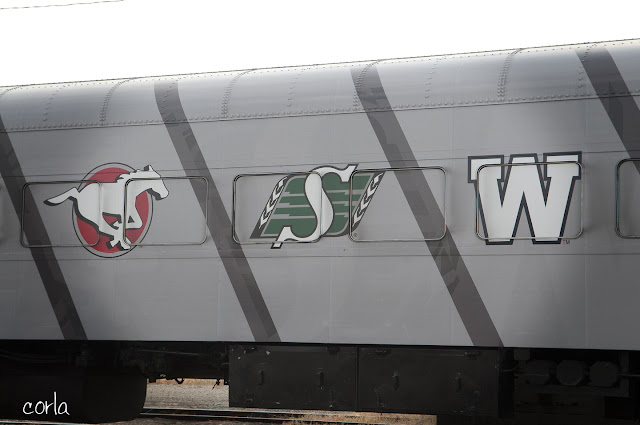 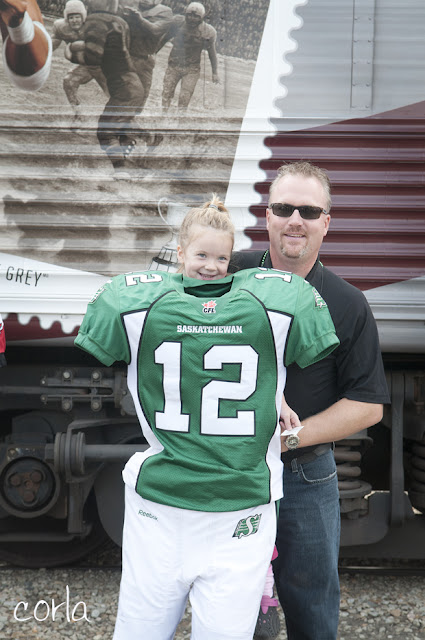 The local middle school band enter "trained" everyone waiting to climb aboard.  The wait was only about 5-10 minutes outside. 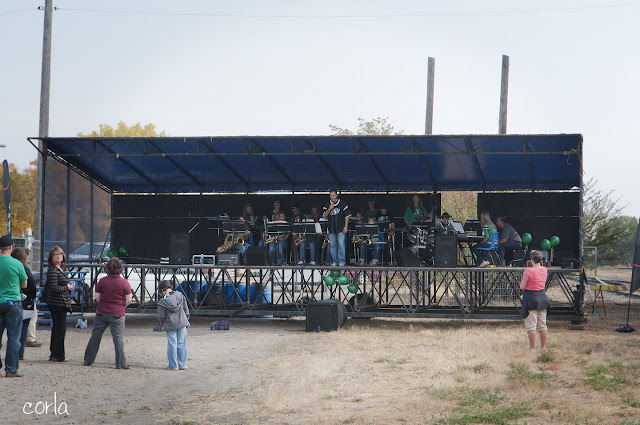 The atmosphere was very festive and the volunteers and staff made sure everything moved along efficiently! 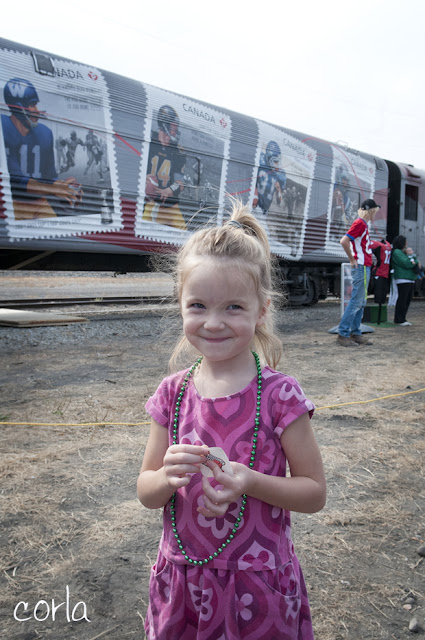 Inside there were a number of interesting facts, pictures and equipment and uniforms from the good old days. 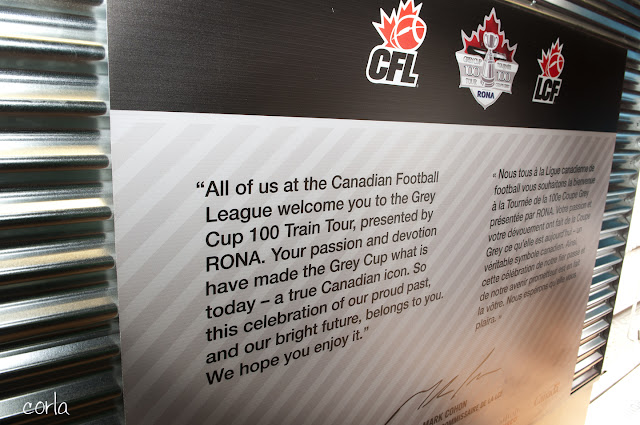 In the second there were touch tv screens where you could find a specific year and see the program, ticket, team picture and the name plate from the cup. 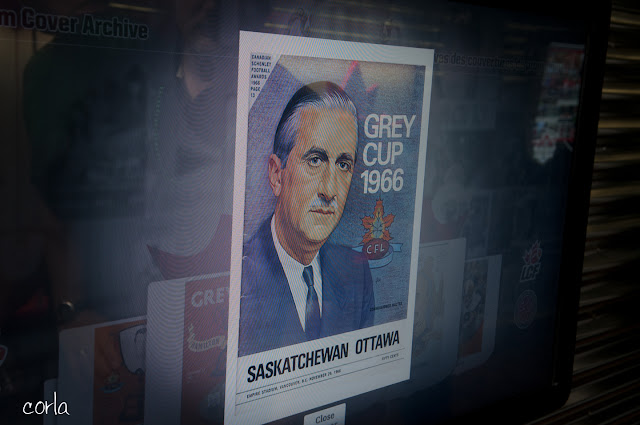 The 1966 team with my Dad Cliff and Uncle Wayne. 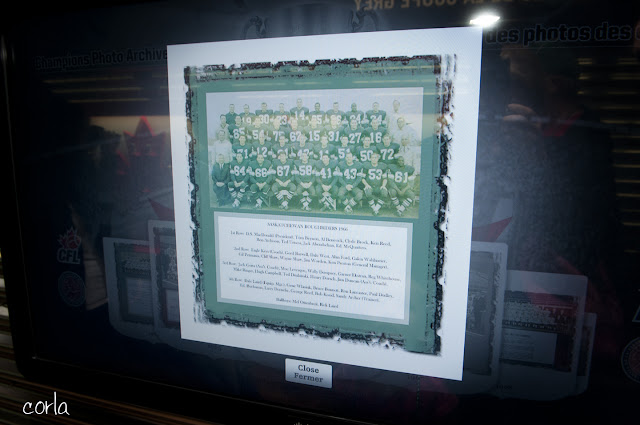 The name plaque from the trophy. 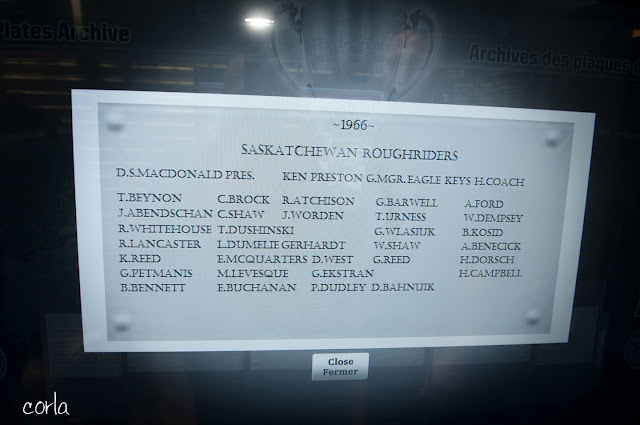 Outside we had a chance to pose with the cup and see my dad and uncle's name up close!  The staff takes your picture and will email you a copy. 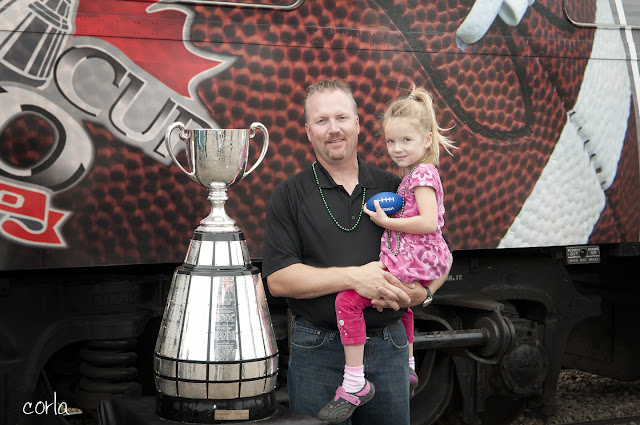 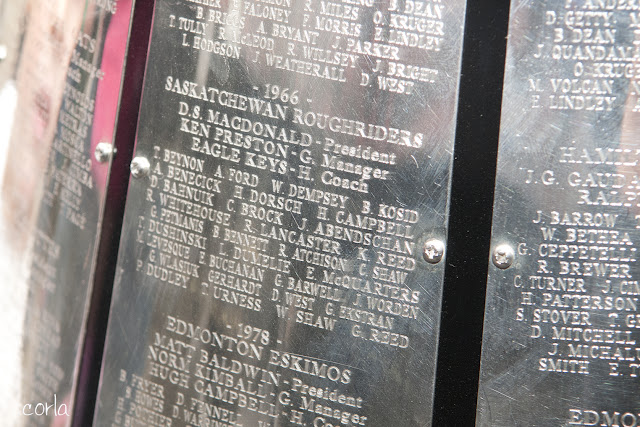 Such a proud moment.  Even though my Dad is gone I feel like my kids can have a piece of him through the legacy of the 1966 team and that their Grandpa is part of Canadian history.
Posted by Corla Rokochy at 5:40 PM