I'm the baby gotta love me! Why yes we do.
This week Ellie turns two.  I don't know why we call it a birthday because I was the one who gave birth to her so really it is my birthday and I have five in a year.  The anniversary of the day I gave birth.  I should get balloons, cupcakes, dollies and aquadoodles not her.  What did she have to do with it?  One minute she was warm and toasty inside the Uterus hotel and the next a quick water slide into the hands of an awaiting nurse!  In all actuality it is Ellie's second Born Day.  So Happy Born Day little missy.  We are blessed to have you here. 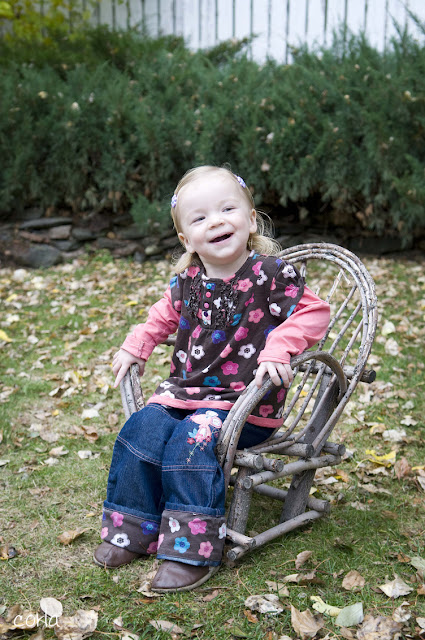 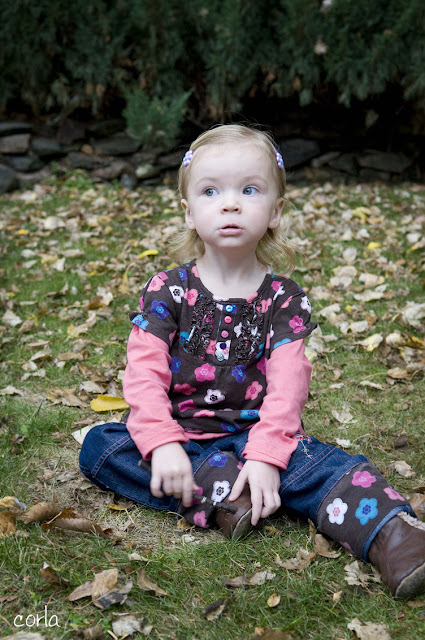 After tons of family sessions I decided I better do one of my own kids.  It has been over a year.  So Sunday afternoon I drug everyone into the green space with camera and tripod in tow.  Pat was busily preparing Pork Scallopini, lemon potatoes, and salad with homemade cranberry dijon dressing so I was going it alone.  I have patience for taking pictures of anyone elses kids but not my own so this session lasted all of five minutes.


Thankfully it was raining so no one was out there because I may have been yelling somewhat and I was wearing baggy Bronco sweats, Pat's old t-shirt and his brown dress shoes and my hair was begging for the mom bun.  Crazy mom on the lose.  I managed to get one before the crying and fighting and good thing because now we are covered with snow. 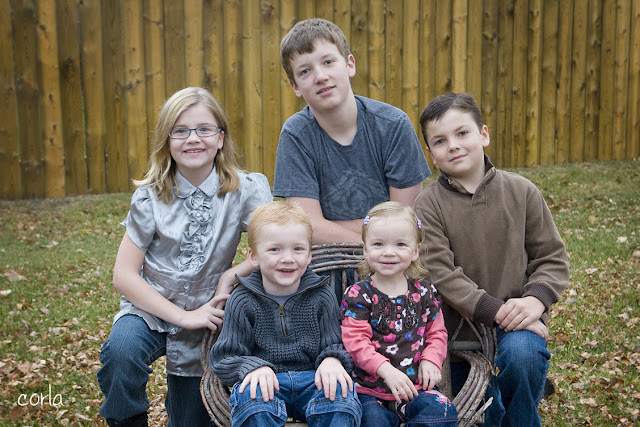 This was the end of the photoshoot.  After a big brother squeezed a little brother's arm.  You figure out who. 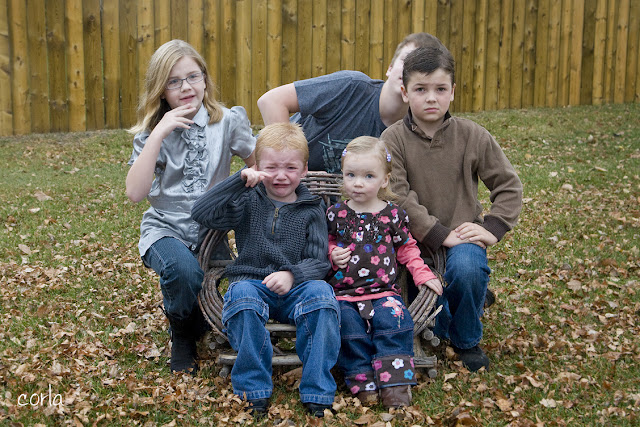 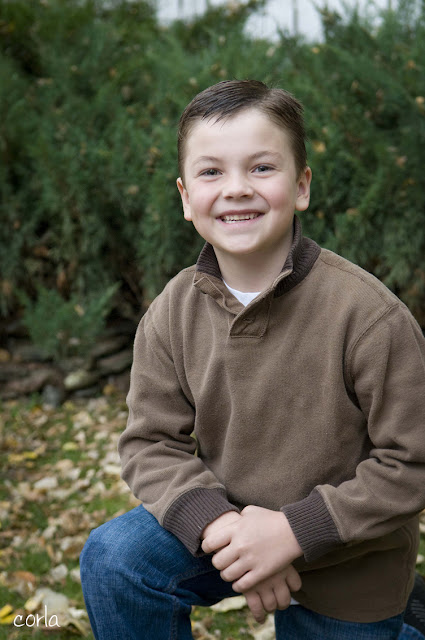 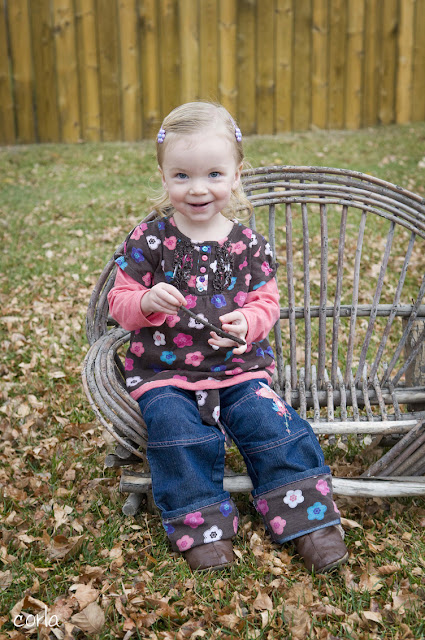 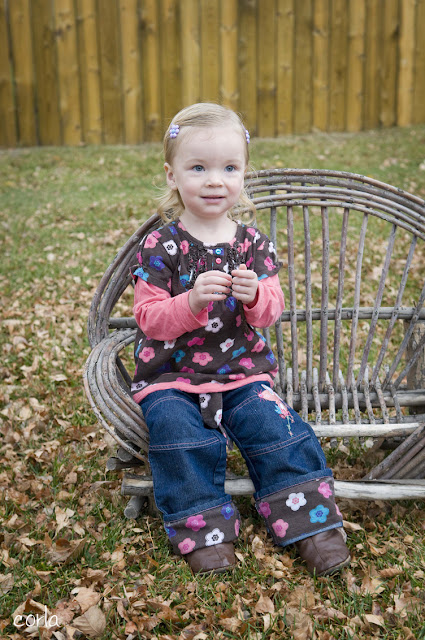 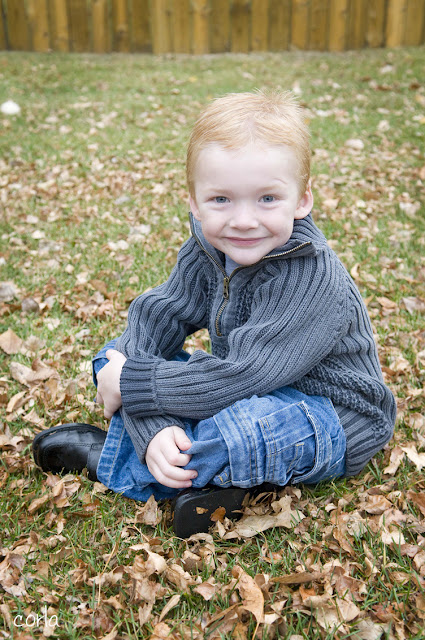 Only those who were home and ready and didn't argue about what they had to wear got individuals. 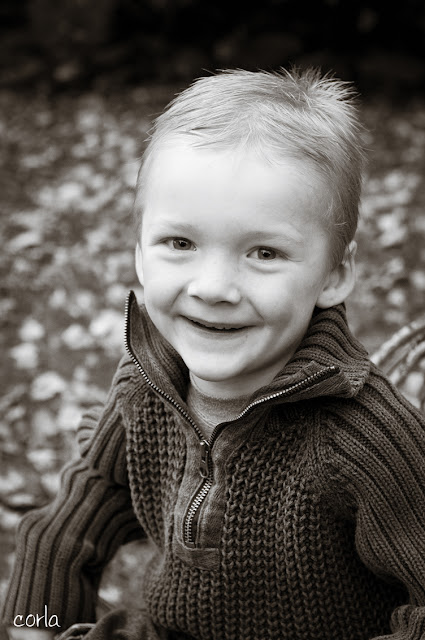 For the record, becuase I always think I am going to remember but don't.  Ellie still has her soother, she sleeps through the night in a crib.  Ellie loves her brothers and sisters and they are so good to her.  She always asks where everyone is. "Where Daddy Go?  She loves grapes and raisins really all kinds of food.  Especially breakfast she will eat with whoever else is eating.  She has a twinkle, she is someone special.  She loves to say,"HI People or Bye People" to crowds like at the rink.  She loves to get herself dressed, especially her snappy socks.  She insists on having a wipe at all times.  She loves her Grandparents, her babysitter Roxanne, her boyfriend Jake.  She hates being teased by her two Uncle Jasons.  I could go on but just a few things that stand out to me at this milestone so when she reads this she will know what she was like at two.  Oh yeah and sweet but stuborn. 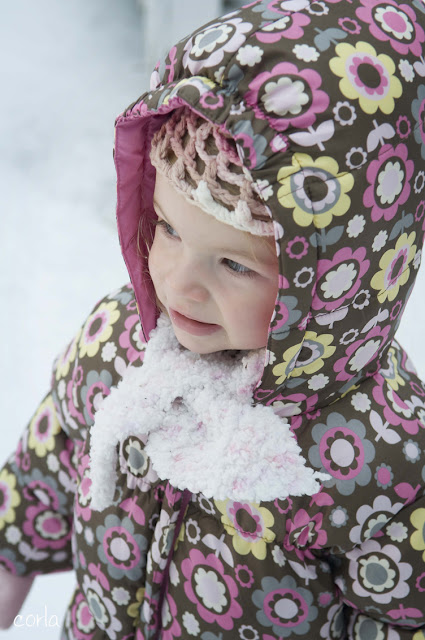 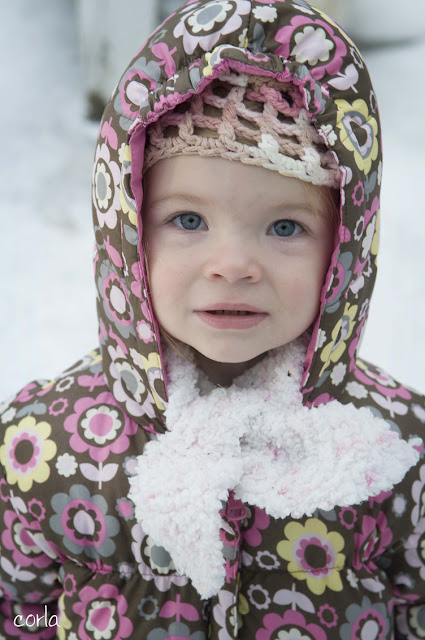 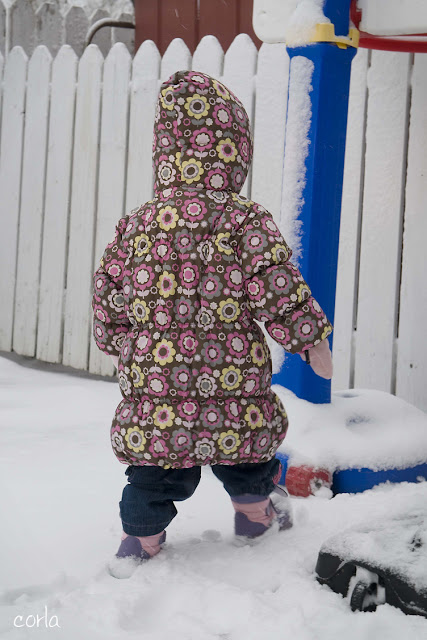 First time visitor here. You have a beautiful family, and a lovely blog.